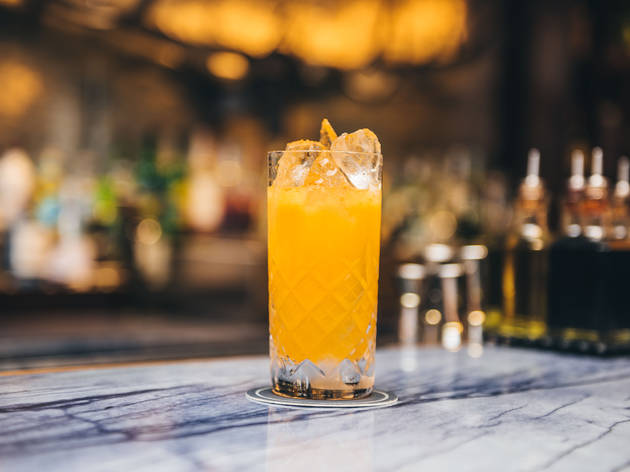 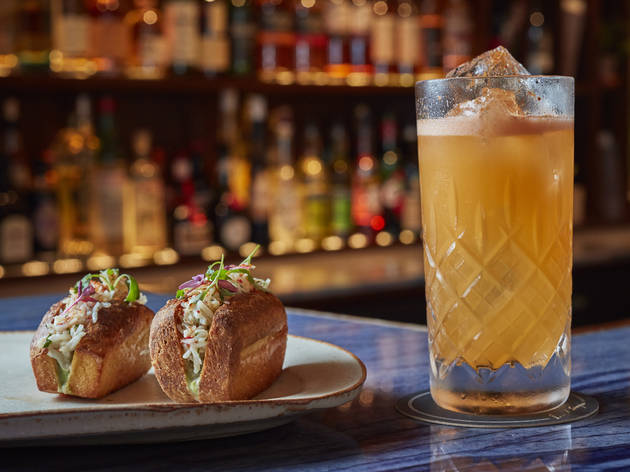 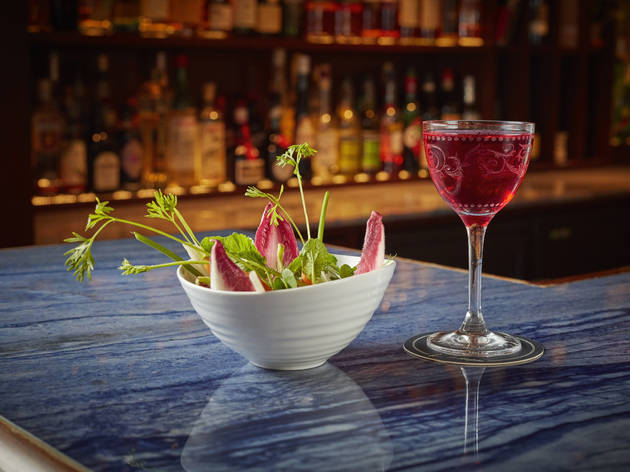 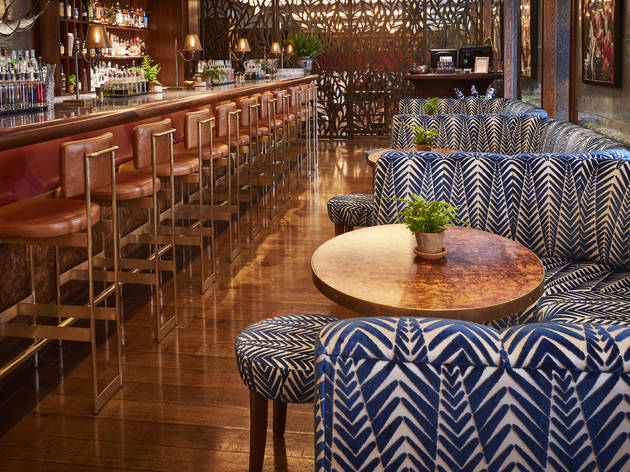 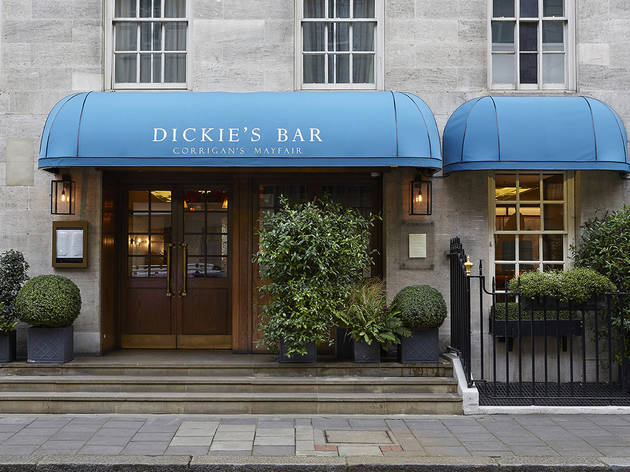 Cocktails with farming flavours at Corrigan's in Mayfair.

Farm to glass: what the Dickie’s does that mean? At the new bar within upscale Mayfair restaurant Corrigan’s it means gorgeous cocktails filled with ingredients ferried across daily from Irish chef Richard Corrigan’s County Cavan farm. Each drink contains a signature ingredient, with sketches depicting the joys of country life weaved through the menu. Of course, seasonality is reflected too, with a separate pull-out drinks list. So far, so bucolic.

The trad hunting lodge chic of Corrigan’s has been sexed up, so you’ll find blue and white safari-print booths, gleaming brass-topped tables and a mighty set of antlers hanging behind the bar; we’re a long way from the farm now. A copper cut-out wall to separate Dickie’s from the restaurant didn’t seem necessary when we stopped by for a nightcap, though – the place was deserted for most of our stay.

But these flavours deserve to have queues round the block, since the cocktails have been put together by Gregory Buda, a mixologist from New York’s famed Dead Rabbit (often referred to as the best bar in the world). Capability Brown singles out hazelnut and is a dreamy, syrupy, Scotchy twist on a Manhattan. The Champion of the Fairy Ring, made with yellow bell pepper, is described as ‘spicy, intense and vegetal’ on the menu. It’s so much more, with a sharp kick of tequila, a drop of rum and a slap of Aperol in among citrus and subtle chilli. Forget the idea of a nightcap as your senses unfurl. Bar snacks are restaurant-standard: tangy green olives stuffed with goat’s cheese, coated in breadcrumbs and fried; Cornish crab served on dainty brioche.

Perhaps Corrigan’s country bumpkins won’t bat an eyelid at the cost of farm-to-glass drinking, but the £16 price tag seemed pretty steep to me. Maybe think of it as going on a bar safari if that helps to justify things a bit.