Bars and pubs, Cocktail bars Covent Garden
3 out of 5 stars 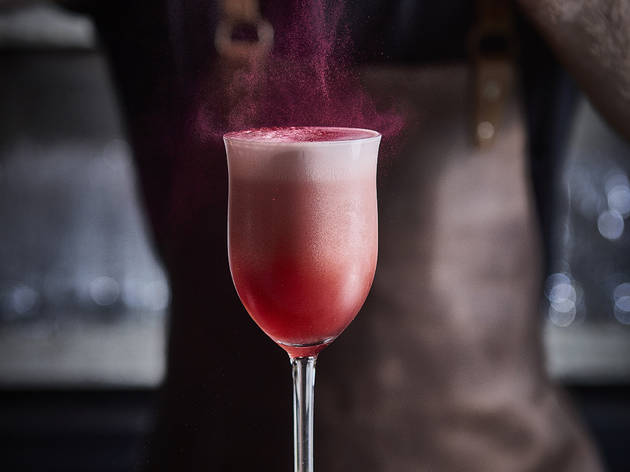 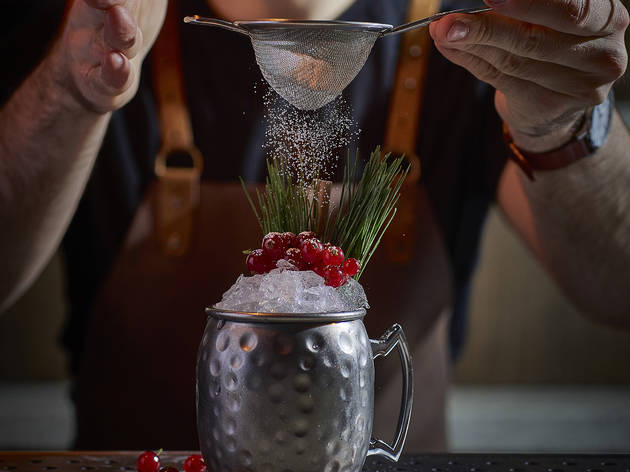 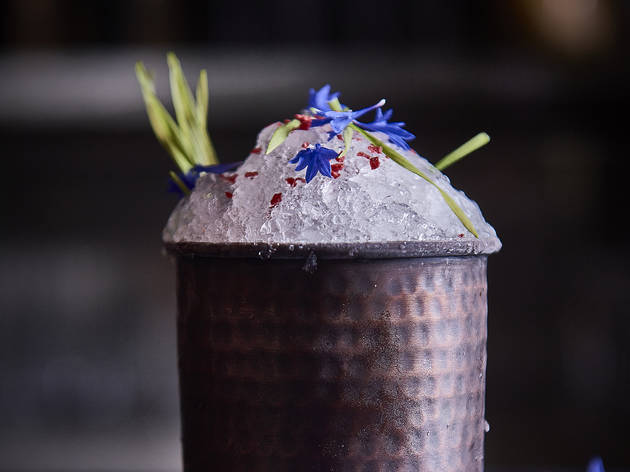 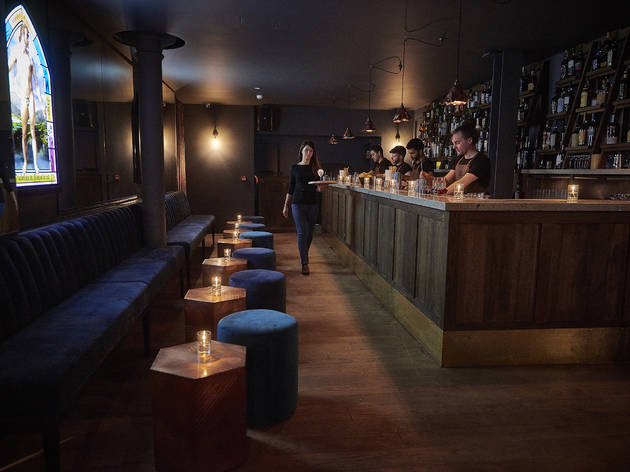 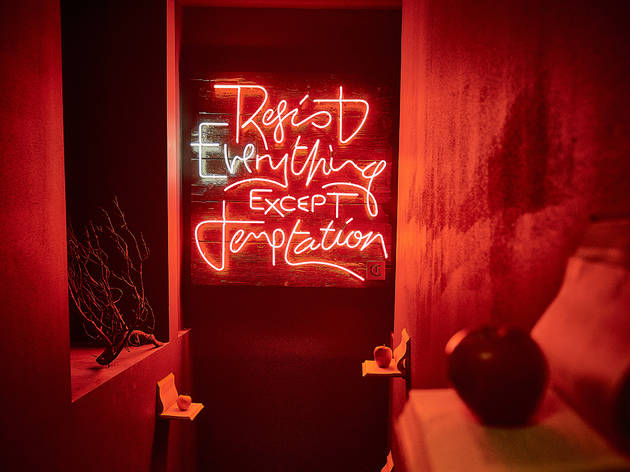 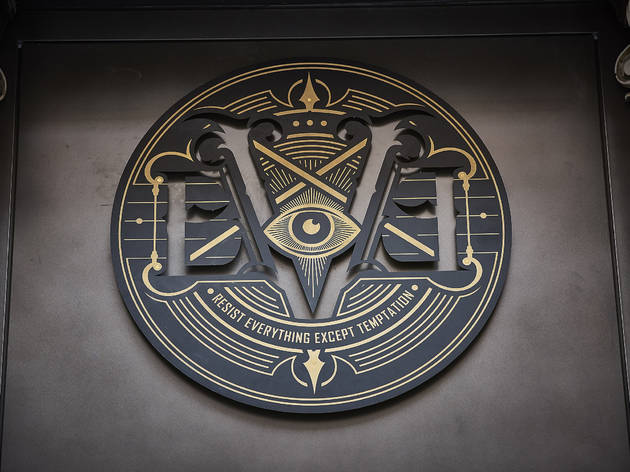 Sister bar to Adam Handling’s Frog restaurant, hidden down below.

Would you Adam and Eve it: a central London cocktail bar not packed to the rafters? Even if it is just a leap from the piazza on the way down to The Strand, Eve Bar has an ominous dark entrance decorated in masonic patterns, your attention instead drawn to light and movement from sister restaurant The Frog. Pull back those heavy doors to reveal the words, ‘resist everything except temptation’ lit in red neon above a staircase that looks like it leads down to Narnia rather than the Garden of Eden, with leaves scattered artfully along your path. On closer inspection, these are glued to the spot, while apples are also stuck to shelves, to enforce the biblical theme.

Except it all comes across a bit more witchy and pagan inside, with twigs attached to light fittings and archaic books lying open on surfaces. That’s in among plush furniture and a modern artwork made to look like stained glass and filled with a naked Adam. It’s as confusing as the Book of Genesis, but it’s fun.

Cocktails make the same impact, with quirky presentation championed, occasionally to the detriment of the drink. The Calypso Deep was essentially a gin martini with ‘sea foam’ on its top. This cloud of froth worked wonders under the camera lens but was the near-ruin of a perfectly sound cocktail, it was so unpalatably salty. Much better was the Sobremesa, a watermelon and tequila tipple with a chilli liqueur kick.

Staff were young and chatty northerners enjoying every bit of trickery they served with the drinks (of course they use dry ice) and their enthusiasm and knowledge was so evident, it may just tempt me back for another punt at the drinks. And the cheese and truffle doughnuts were the forbidden fruit of the evening. Trust me, resistance is futile when it comes to the bar snacks.