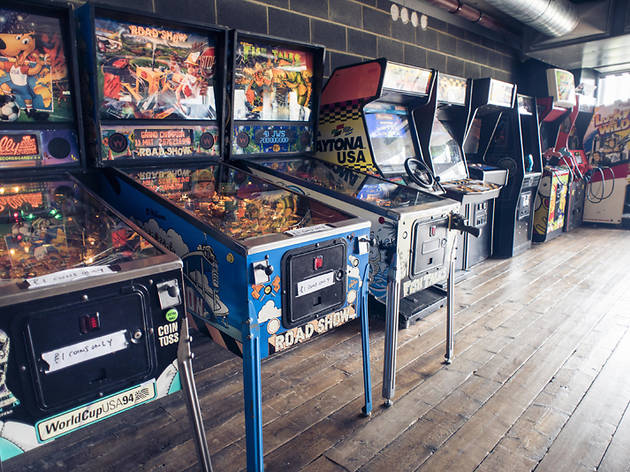 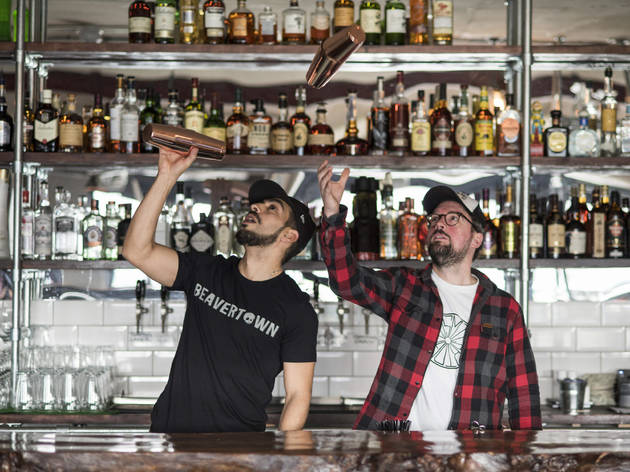 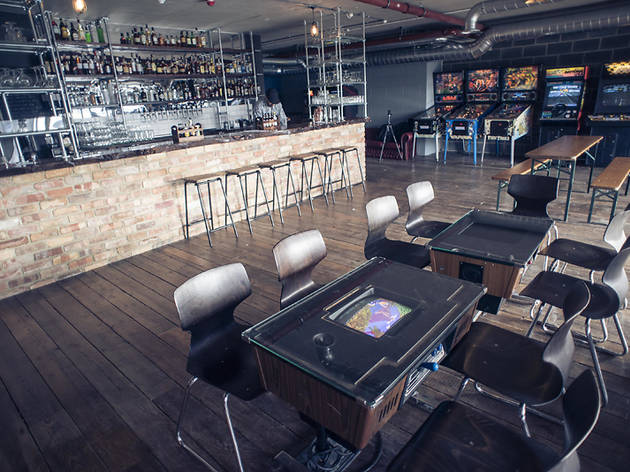 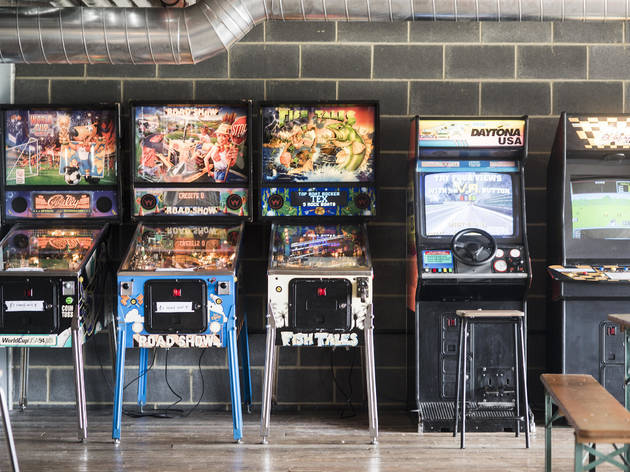 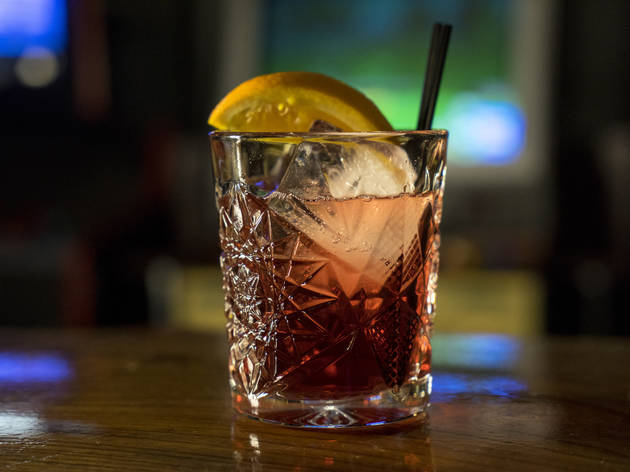 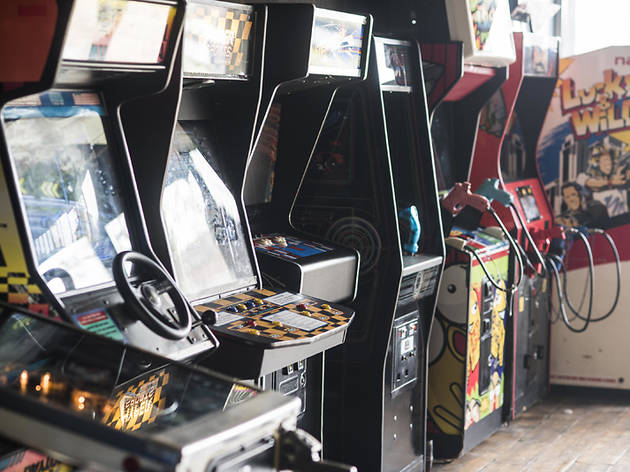 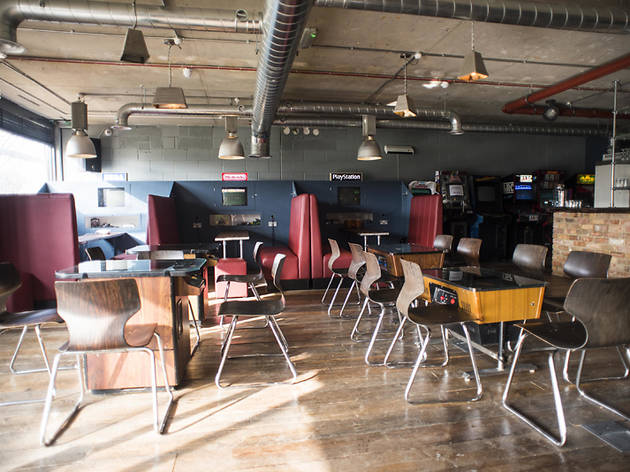 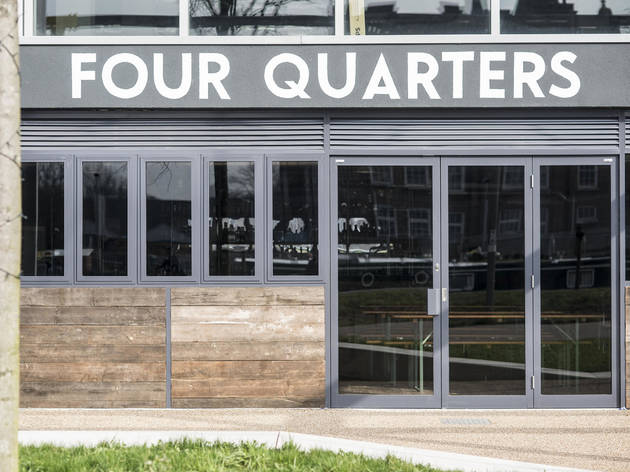 You don’t have to be a dedicated gamer to experience pure joy at Four Quarters East, a new Hackney Wick bar from the guys behind the original Four Quarters in Peckham Rye. Pinball machines, retro consoles set in booths and a suite of rare and restored arcade games activated by American quarters (don’t worry, staff can exchange your sterling at the bar) decorate the room, flashing and bleeping away. This joint trades on nostalgia, for sure – but it’s still as hip as the first venture, with a minimal, industrial look and South American disco on the stereo. As for games? Pick from ‘Sonic the Hedgehog’ on the Sega Mega Drive, classic beat-’em-ups or quirkier finds like two-player shooter ‘Narcs’. With so many diversions, it’s quite easy to end up passing a chunk of time here, and all that energy spent blasting zombies and Nazis could do with being replenished. Unfortunately, bar snacks are absent, so there’s no opportunity to power-up IRL.

But cocktails abound, with friendly staff on-hand to offer up advice on the games-themed menu. The Thrilla in ’Zanilla was one hell of a ride, with gin, sherry and apricot brandy. And if you really don’t get your kicks from consoles, here’s a cheat: it’s happy hour on weekdays 5pm to 7pm, when Camden Hells lager costs £3.50 and selected cocktails are £6. It was quiet on our midweek visit, but with high scores chalked up on the wall and beer prizes promised in future, Four Quarters II should build up a community as big as XBox Live’s. Game on.

Four Quarters East says
You probably know about our selection of lovingly restored retro arcade games, ranging from classics like Pac-man to Tekken Tag - but we also have an extensive craft beer selection and both classic and house cocktails.

Our console booths, replete with retro consoles such as and a vast selection of games, are often busy during Fridays & Saturdays so book to avoid disappointment. Our mini consoles are also on offer for smaller groups.

We cater to birthdays, stags, office parties and everything else so get in touch to book!
Share Tweet