Bars and pubs Hackney Wick
Recommended
4 out of 5 stars 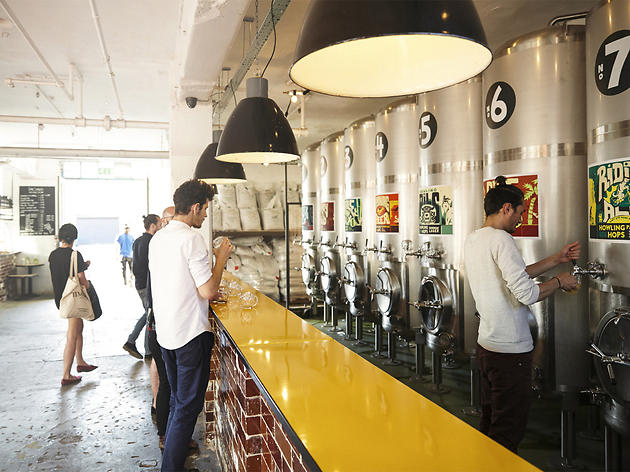 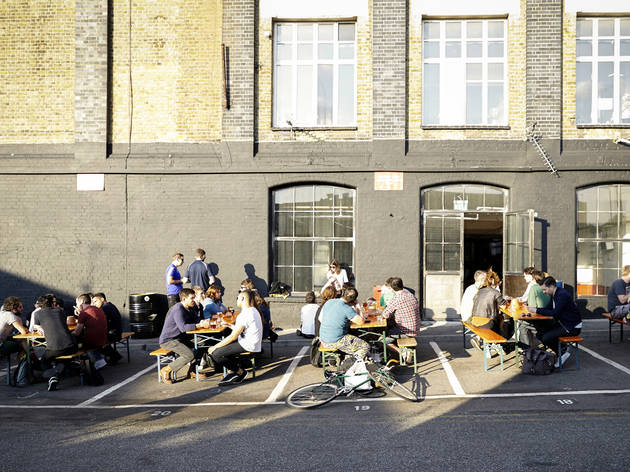 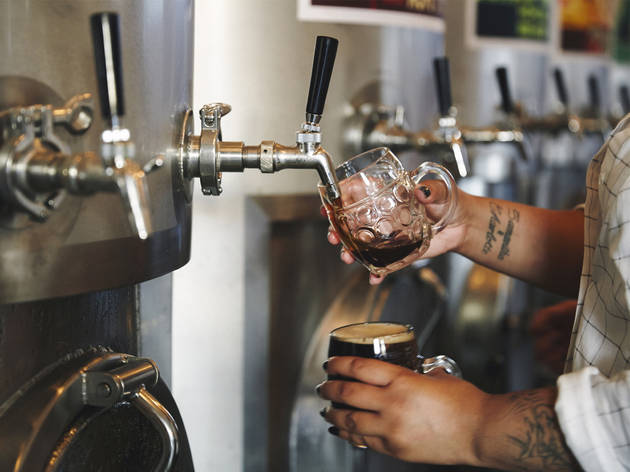 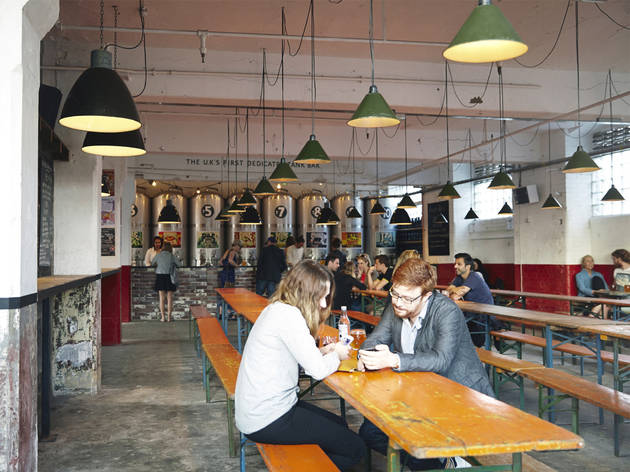 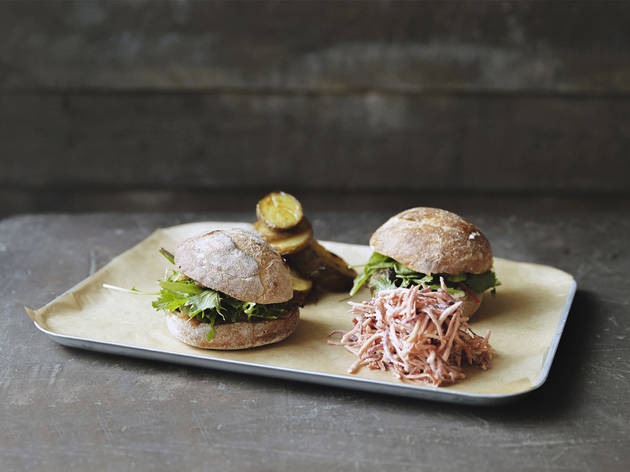 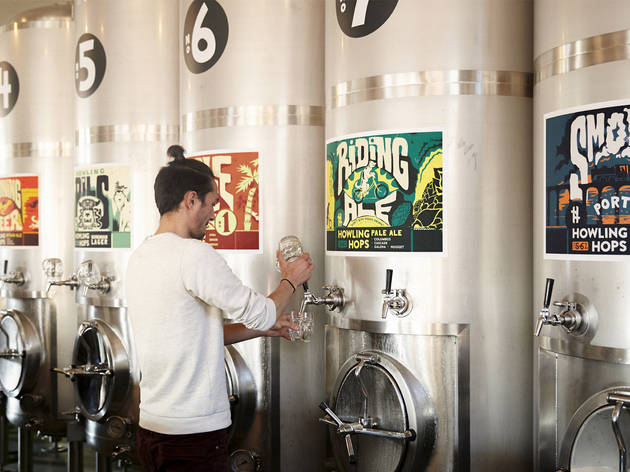 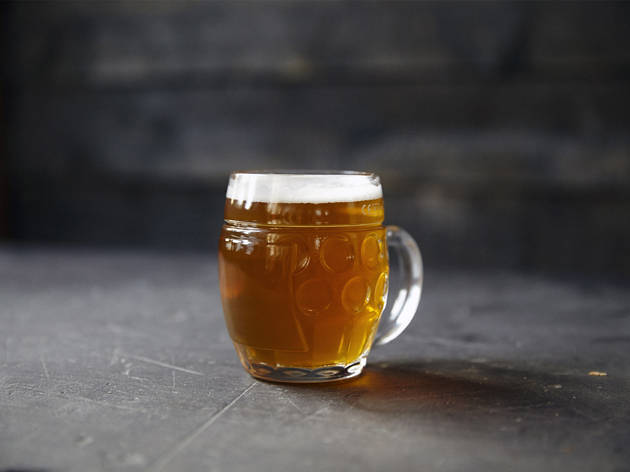 Beer is the star at ‘the UK’s first dedicated tank bar.'

‘The UK’s first dedicated tank bar’, says the inscription on the wall. Beer geeks, prepare to get excited by the row of big gleaming steel vats in the taproom of this Hackney Wick brewery. Everyone else, all we need to know is that by cutting out the bottles, cans, pipes or kegs of traditional dispense, we can drink the freshest beer possible. A couple of other brands have given us tank beer in pubs before (Pilsner Urquell, Meantime), but no one has done it with such a statement of intent.

Hops were originally put in beer partly for bittering and flavouring, partly because of their antibacterial properties. Howling Hops uses these dried flowers in great abundance, which means the quicker they can be drunk after production the better. So the American Pale XX explodes with the characteristics of the classic US hops Centennial, Cascade, Columbus and Citra; Riding Ale (Columbus, Cascade, Galena and Nugget, if you’re interested) is a 3 percent pale ale that also comes with a ton of hop flavours (and, without condoning drunken cycling, is probably light enough to have a half of then ride home). It’s all great, from the Victorian stout to the rye IPA; and, in groovy new label and container designs, it’s also now being bottled here, so look out for it in a fridge near you. Howling Hops was until recently made in the bowels of the Cock Tavern, a Mare Street sister pub to the estimable Southampton Arms, so it has a great pedigree. There’s food too – simple stuff like sausage baps, roasts or grilled cheese sandwiches, but made with decent ingredients.

This being Hackney Wick, the taproom itself is a former industrial premises probably once used for blubber-rendering or grain-winnowing or latten-furbishing, and now its concessions to comfort are not much more than long tables and sharing benches, with a few outside on the increasingly busy Queen’s Yard. But it’s the beer that’s the star here, and it’s brilliant to see so many people turning up to enjoy it straight from the source.