Bars and pubs, Cocktail bars Mayfair
Recommended
5 out of 5 stars 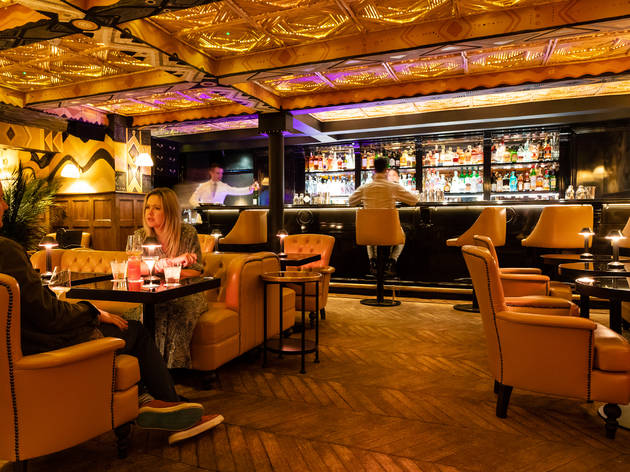 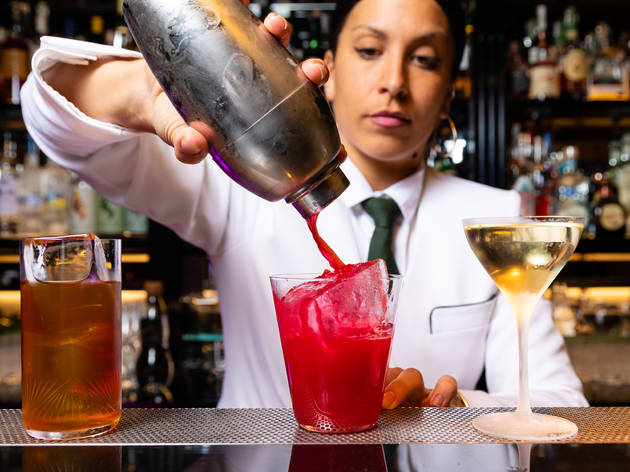 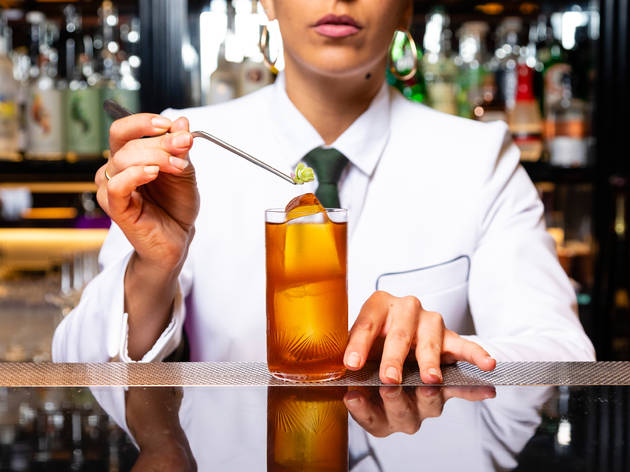 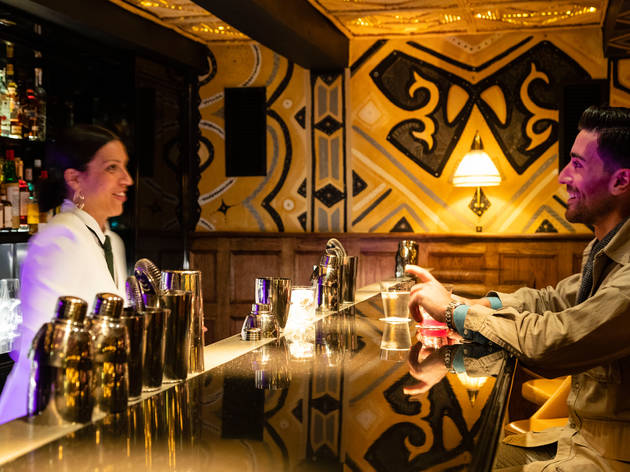 An atmospheric basement bar from a former Savoy bartender.

An old man in a fez was sitting in a dark corridor in the basement of Mayfair’s Moroccan restaurant Momo, periodically hocking up his lungs. He wasn’t part of London’s latest immersive experience, but was instead monitoring the toilets beside Kwãnt (pronounced ‘quaint’), pointing enthusiastically in the right direction. Full marks for authenticity – we felt transported to the inside of a riad before we’d even opened the door.

Past the entrance, this bar isn’t quite so camel-ready. The first solo venue from Erik Lorincz – the American Bar’s former head bartender (a position in bartending the equivalent to captaining the England team) – looks like a secret club and gambling den. You know, the kind in the movies where the rich mingle out of plain sight among bartenders in crisp white suits (about the most Savoy detail in this place). It’s stunning, from semi-seedy light filtering through the bamboo ceiling and hummingbird-detail lanterns in a jungle-looking nook (book here for a hot date) to a clever parquet-effect carpet (we’re calling it carquet, okay?). A piano sits in one corner, a cabinet filled with vintage liquor in another. All that was missing was Humphrey Bogart.

I didn’t spy startender Lorincz during our visit, but we were met with a hotel bar’s level of service, including reassuring selections from a dazzling menu. All were placed on our mirrored table in sleek glassware without gimmicks. There’s still fun to be had, though: the Mr Banana – a murky blend of rum, cold brew coffee liqueur and banana – was ‘introduced’ to us by our bartender. He also approved of me ordering Our Gimlet (gin, agave, cassia, orange flower water), a drink whose flavour rolled around my palate like the lingering perfume of an orange grove. The Monkey Punch was the best of the drinks I tried, a complex yet Ribena-esque cocktail made from whisky, calvados, mezcal and sherry, served tall over glimmering ice and with a pretty flower on top.

Yes, prices are Mayfair-steep (consistently around the £14-£15 mark). And unbeknown until the bill arrived, we were charged for bottled water – only to have it topped up with stuff from the tap once we ran dry. Maybe that hotel hustle is hard to forget. But still, for a bit of a luxe treat, I’d choose here over a hotel any day. Follow that fez.