Bars and pubs, Cocktail bars Deptford
Recommended
5 out of 5 stars 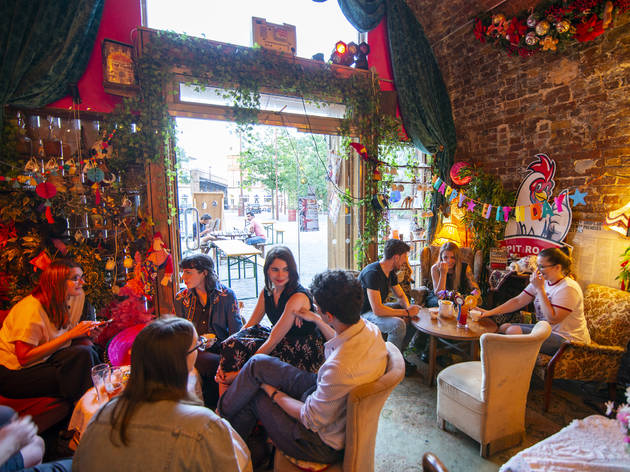 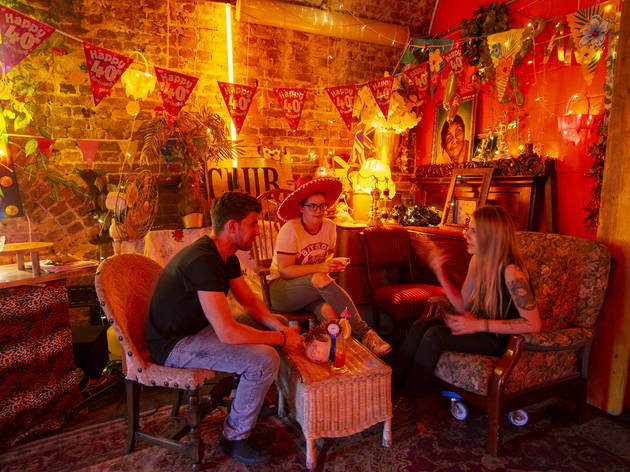 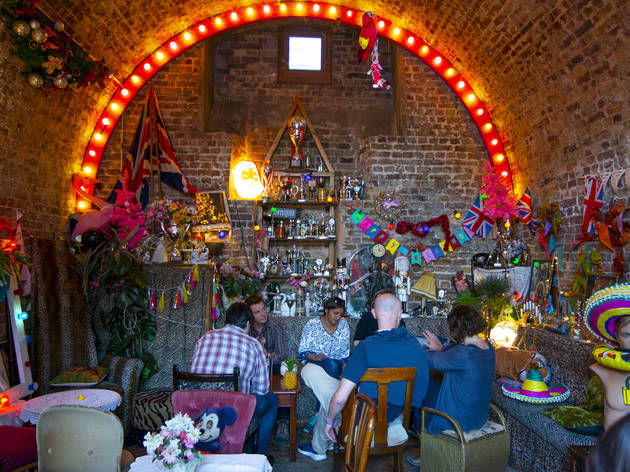 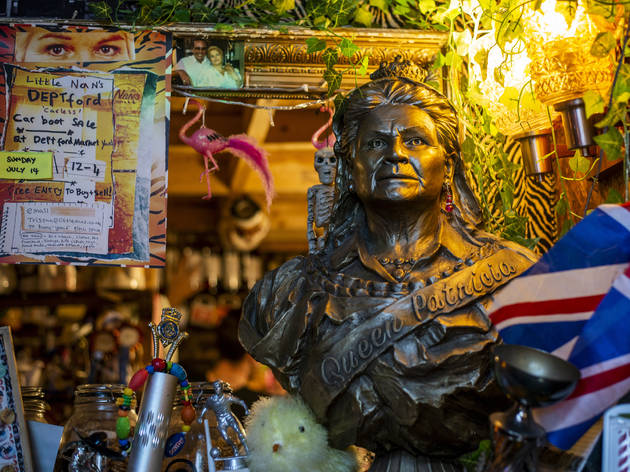 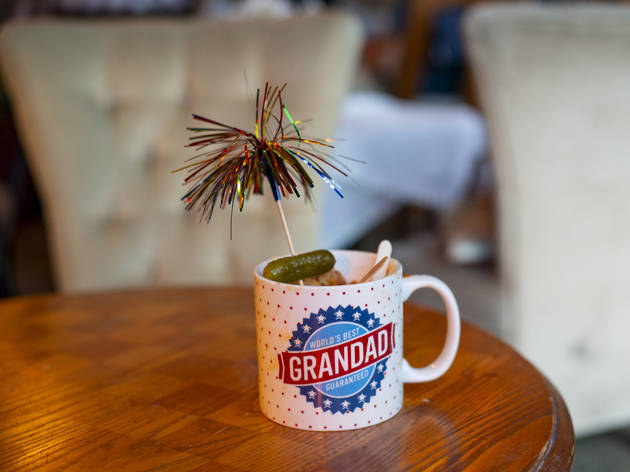 A kitsch living room bar now back in Deptford for good.

Remember when Pat Butcher came back from the dead? The homecoming of Little Nan’s Bar to Deptford – it originally opened in 2013 and was forced to close in 2014 – feels just as euphoric. The ‘EastEnders’ analogy will make sense to those who experienced the pure joy of visiting the bar in pop-up form, as it roamed around London waiting to find a way back to Deptford. It’s a retro living room parody in a railway arch at Deptford Market Yard, with leopard print, china and Pat references aplenty.

The little nan in question belongs to Tristan Scutt, who refers to himself as the grandson of this operation. He set up the bar in honour of his late grandmother (who made it to 104), and has been very clear that while it’s all vintage, there’s nothing ‘shabby chic’. Instead, it’s full-throttle ’80s front room fetishism, with cocktail menus hidden inside Charles and Diana memorabilia books, mocktails served in leopard-print mugs, soap stars in photo frames and cat-covered cushions galore.

You can order cocktails by the teapot, or go solo and get a cocktail umbrella in the bargain. The drinks are on the sweeter, sillier end of the scale, my Chief Girl of Deptford being a bubbly mix of gin, prosecco, lemon and Morello cherry syrup, which tasted a bit like a boozy cherry Vimto. Snacks are true Brits – from a cracking fish-finger sarnie to hoops on toast if you’re into nostalgia. They even stuck sparklers in our portion of hipster fries (dusted with paprika).

If you’re trying to make sense of it all, you’re missing the point. Little Nan’s is about fun, from the novelty toilet (I’ll save that surprise) to the storming disco soundtrack. In that joyous, totes emosh ’Enders scene, Pat’s spectre says to Peggy, ‘I think I look smashing.’ Little Nan, you look smashing, too.