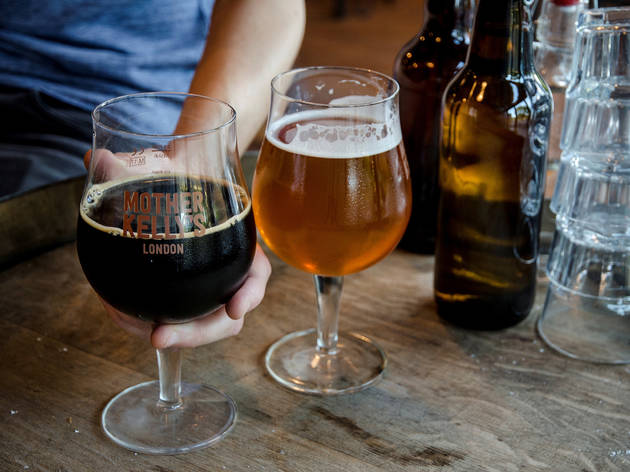 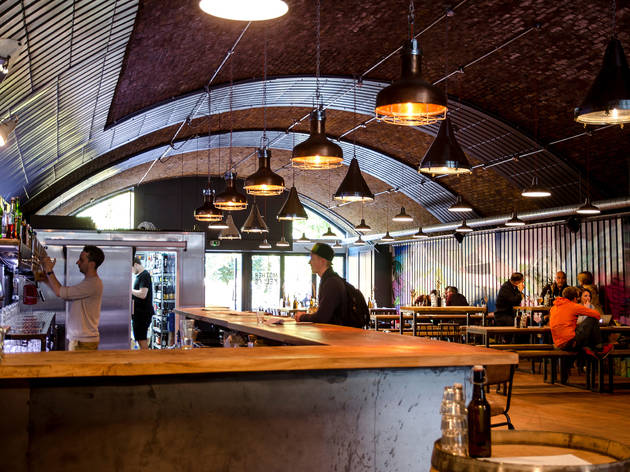 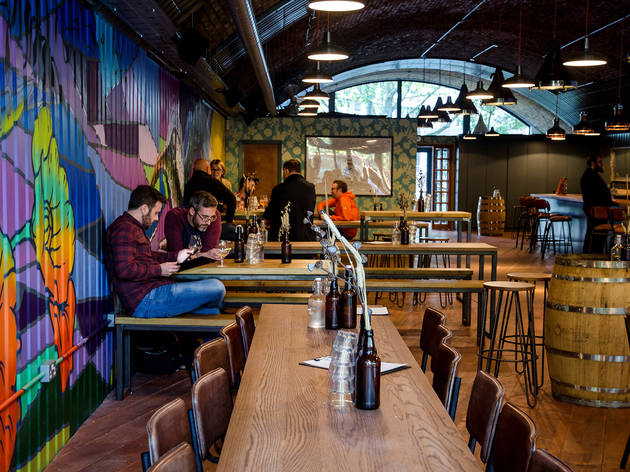 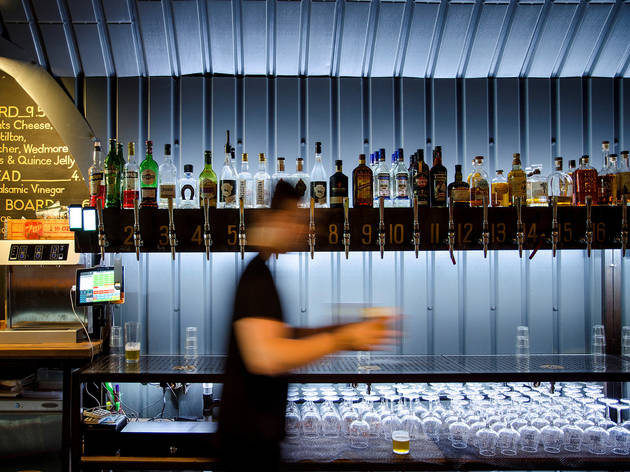 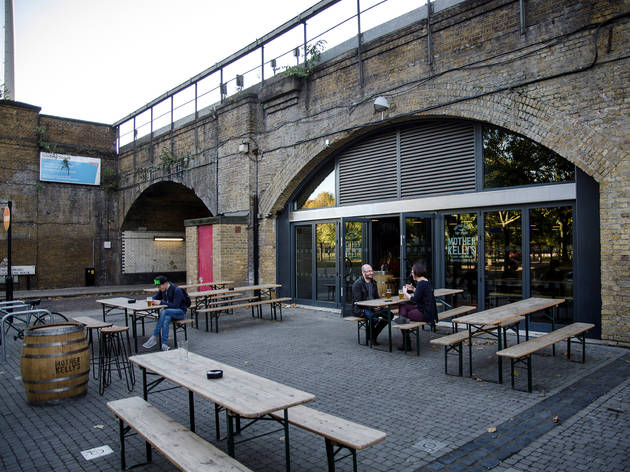 A bottle shop and taproom housed in a roomy railway arch in Vauxhall.

If the recipe works, why change it? So the thinking seems to go at Mother Kelly’s, where the owners have taken the stripped-back, railway-arch aesthetics applied at their Bethnal Green flagship and recreated them in Vauxhall. Except this time there’s more of everything: space, seats, choice and people.

The regularly changing menu features a few cocktails and wines for variation, but let’s not kid around – it’s all about the beer here. And boy is there a lot of it. There are 33 taps in all, with a wide range of local favourites and rare collaborations that’ll bring even the most casual beer buff out in a sweat. Frankly, I had no idea where to begin on my visit, but a kindly barman spotted me panicking and patiently provided samples until I landed on a pale ale that turned out to be one of the most delicious things ever to pass my lips. Top marks for service.

Next up was a double IPA that weighed in at a whopping 8 percent, which explains why it was only available as a half measure. In fact, most of the brews here are served in smaller quantities – clearly they’re to be savoured rather than swigged, with the focus firmly on appreciation rather than inebriation.

If you do find yourself succumbing to those punchy percentages, there’s a short food menu featuring some generous cheese and meat boards, along with a space outside for visiting food trucks. On a sunny day, it’s the kind of place you won’t want to leave. When you do have to go, there’s a bunch of fridges jam-packed with bottles and cans that you can take home. Though be warned: the prices are outrageously high. That said, if it enables you to take away a little bit of the Mother Kelly’s experience, it’ll be money well spent.