Bars and pubs, Cocktail bars Strand
3 out of 5 stars 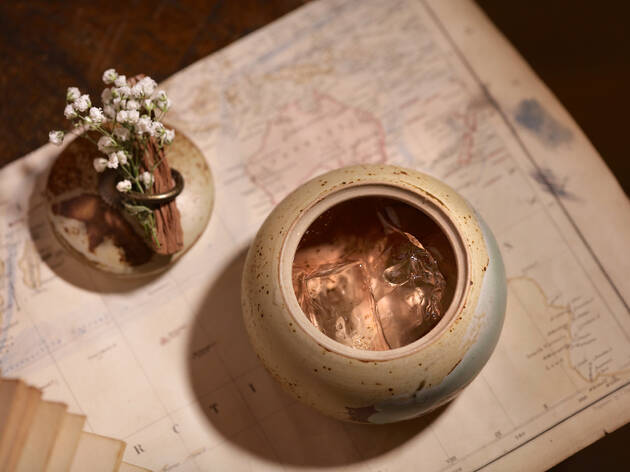 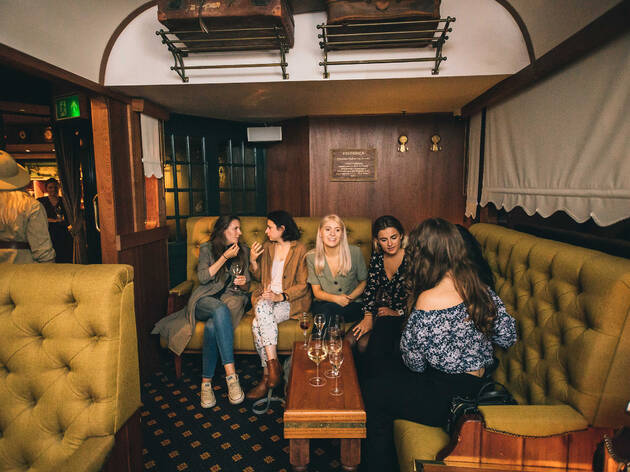 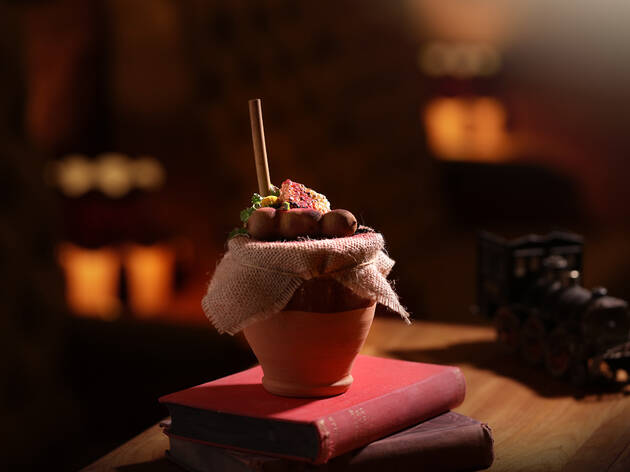 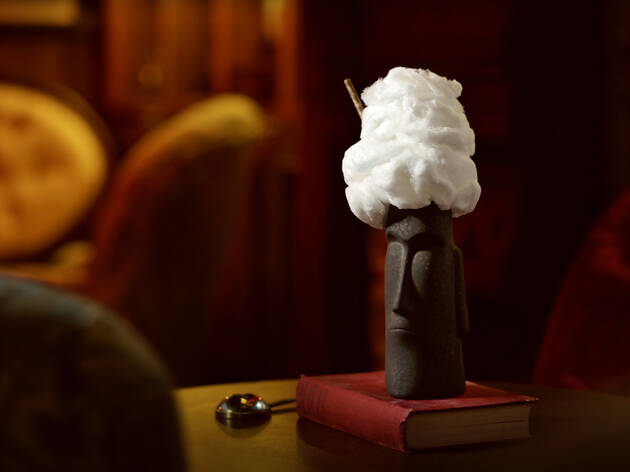 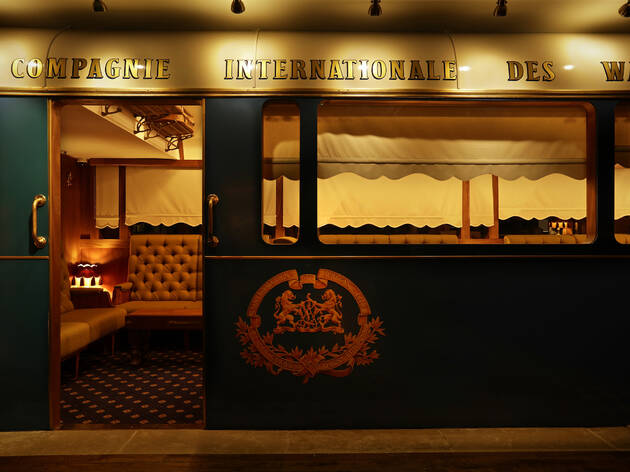 Another bar in the Mr Fogg’s family, inspired by adventures around the world.

If a G&T won’t cut it, how about an elaborate mix of gin and beer served in an elephant’s tusk? That’s a drink on offer at Mr Fogg’s Society of Exploration. On a side street just off the Strand, it’s one of a handful of locations in the Mr Fogg’s bar group and it claims to be a whistlestop tour around the world through booze. The menu is split into sections named after different remote areas of the world – the Sahara desert, the Amazon rainforest, the North Pole – with drinks inspired by each location.

Inspiration for drinks clearly isn’t the only thing Phileas Fogg has picked up on his travels. Sledges hang from the ceiling, stuffed animal heads line the walls and there’s a badger on the bar (not a live one). If you want to feel like you’re off on your own expedition, there’s even a recreation of the Orient Express in which you can sit and sip – or you can kick back in a cosy booth or velvet armchair if you’re not feeling quite so intrepid.

That concoction in an elephant’s tusk (it’s fake, don’t worry) is the Palette of Life, made with gin, Rinomato aperitif and pale ale. It might sound like overkill but it was actually really refreshing and citrussy. The Savannah, on the other hand, was an incredibly punchy mix of rum, vermouth, apricot-and-fig ketchup, cinnamon and paprika salt. It came served in a terracotta pot with some brown, netted fabric over the top and a straw inserted through it, which – slightly off-puttingly – means you can’t actually see what you’re drinking. Still, it’s all super-creative and the bar staff really know what they’re doing.

There’s one cocktail that doesn’t require any heavy lifting from them at all, though, thanks to the ‘mechanical mixologist’. This impressive-looking contraption sits in the middle of the bar and creates perfectly balanced negronis at the touch of a button. Okay, it’s slightly gimmicky, but it was fun to watch it in action.

Of course, if you really did just want a G&T, you could order one – but where’s the sense of adventure in that?