Bars and pubs, Wine bars Dalston
Recommended
3 out of 5 stars 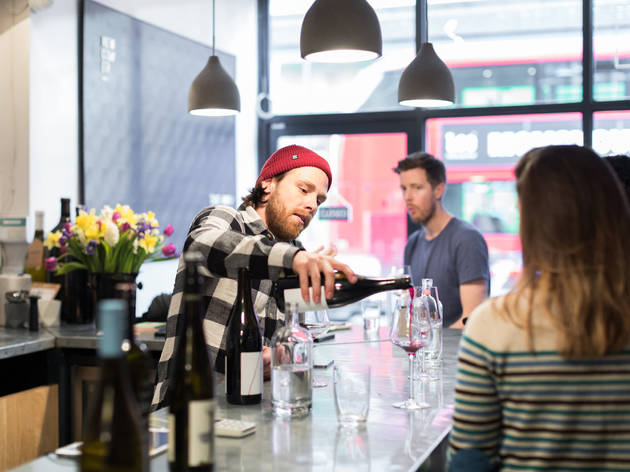 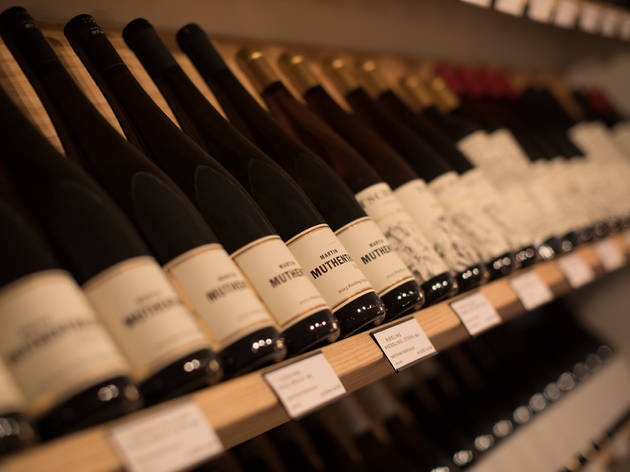 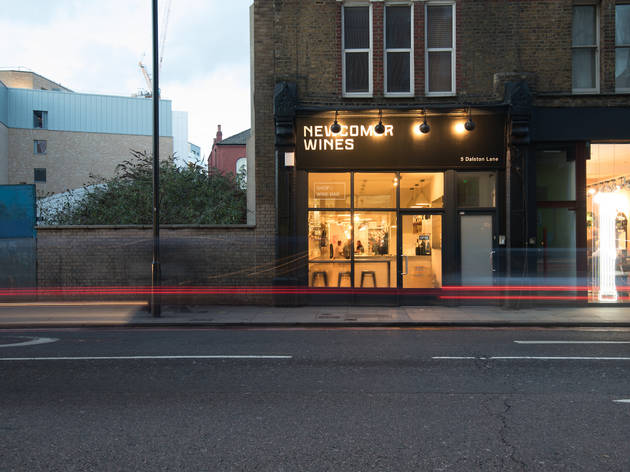 Austrian wine: it’s a thing. Although it’s no titan of viniculture, Austria still produces plenty of the stuff – 470 times more than the UK each year, in fact. The 1985 ‘antifreeze scandal’ didn’t do the country’s vinous reputation any favours, but Austrian winemakers have staged a comeback by concentrating on quality over quantity, and an aptly named new arrival on Dalston Lane aims to showcase their very best. By day a bottle shop, by night a fairly chichi wine bar, Newcomer claims (and we’ve no reason to doubt it) to stock the biggest selection of Austrian wine and beer in London.

The bar at the front pours a daily selection (£6.50 for a small glass), and the walls are lined with an absolutely enormous selection of bottles, all available to drink on or off the premises. Bottles tend to hover between £40 and £50, with only a couple below the £20 mark. With prices like that, it’s clear that Newcomer isn’t exactly pitching itself at the wider population of Hackney. But Dalston hasn’t (yet) turned into Islington: it’s a long way from wine bar saturation point, and Newcomer definitely has a niche as a cute love letter to its co-founders’ homeland.

I’ll confess that I’m not big on the dry white wines that are Austria’s speciality, but my Jurtschitsch pinot noir was a minor revelation, with a light mineral come-on that segued into unexpected depths. If you don’t care what accent your wine speaks with, it’s a little hard to be bothered about Newcomer’s alleinstellungsmerkmal (that’s German for USP). But for serious oenophiles, this is an intriguing little must-visit.