Bars and pubs Hackney
Recommended
4 out of 5 stars 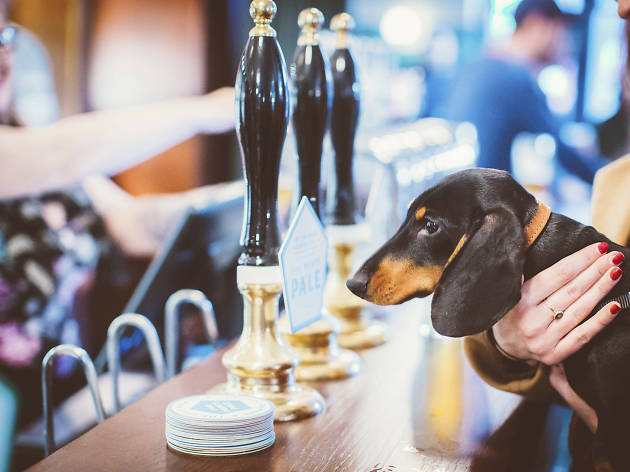 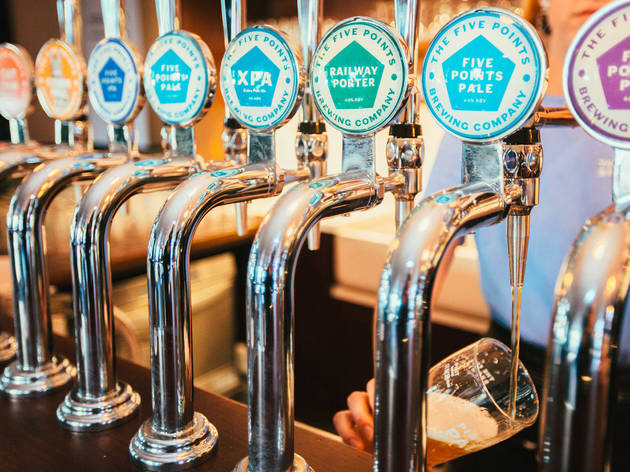 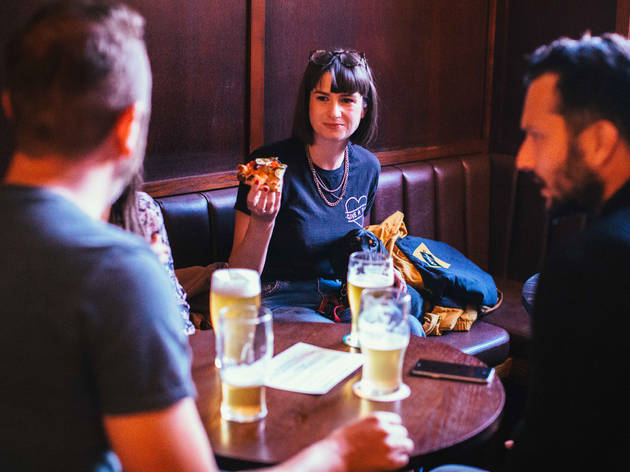 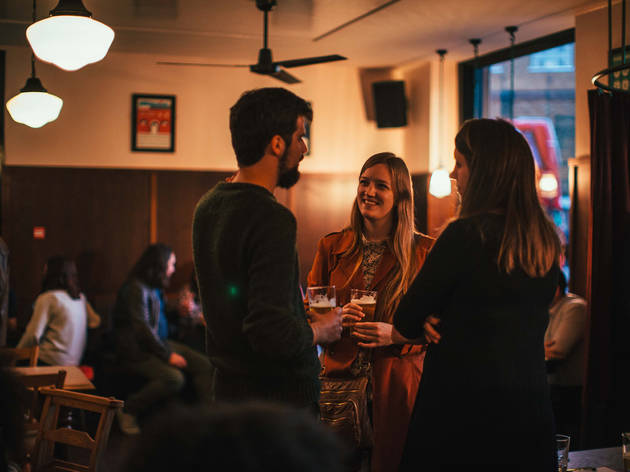 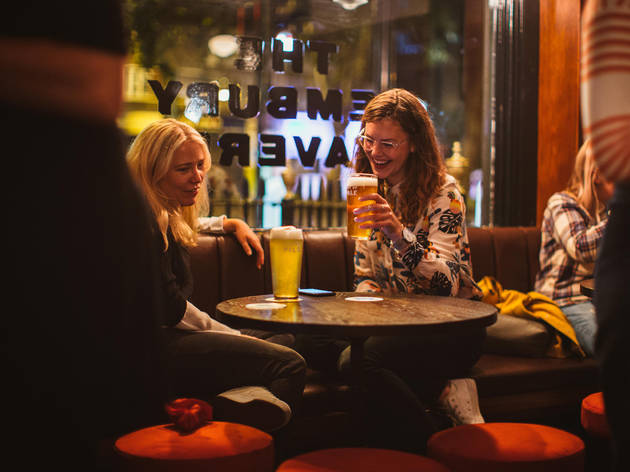 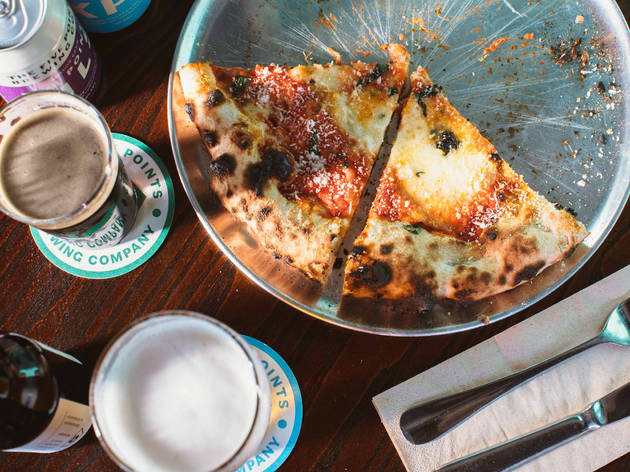 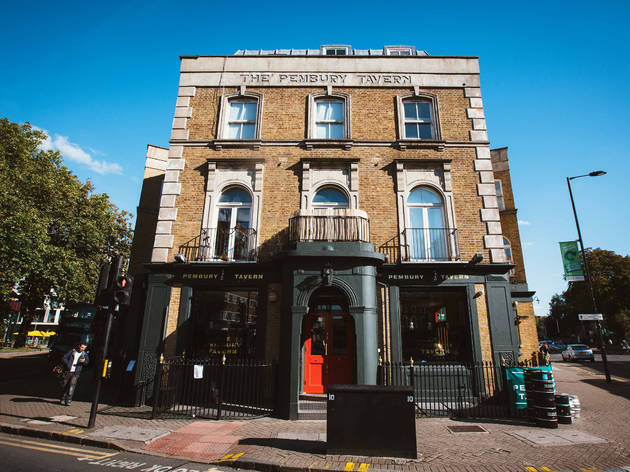 For once, there’s something poetic about this buyout. Since May, Hackney’s Five Points Brewing Co has been the proud parent of The Pembury Tavern, a pub on the busy junction with Dalston Lane that the brewery took its name from. Rather than coming in all guns blazing, Five Points got a feel for things behind the bar before a refurb at the end of the summer. And with the team’s sympathetic approach to the wants of existing punters, the two best things about the Pembury – pizza and pints – are still the main focus.

They’ve also kept the bar billiards, and the first sight as I entered on a packed-out Thursday was an old couple playing chess. A spread of generations seem to be rubbing shoulders contentedly, with more than a hum of conversation as the backing track – no music required. We squeezed on to a table where an empty can of Five Points’ pale ale had been repurposed as a menu holder and a glass was filled with hops to get the right aromas going. The walls replicate the brand’s two-tone cans, a tasteful emerald green contrasting with cream.

The beer line-up has swung towards craft, but is committed to cask, too – it continues to stock Milton Brewery, the pub’s previous owner. Expect the Five Points range on tap – its Railway Porter doing a storming trade – as well as options from UK indies. Beer festivals are niche, with a green hop event in swing when we visited. Pizzas are stonebaked ‘NY-style’, the toppings – like sesame seeds for added crunch – are occasionally original and a vegan range is very Hackney.

What was a slightly knackered pub now looks the modern part, but without losing its sense of self (or the pints and pizza). It’s definitely an on-point purchase.