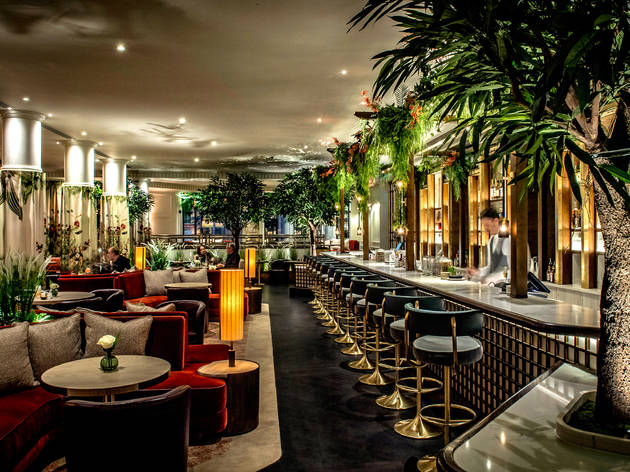 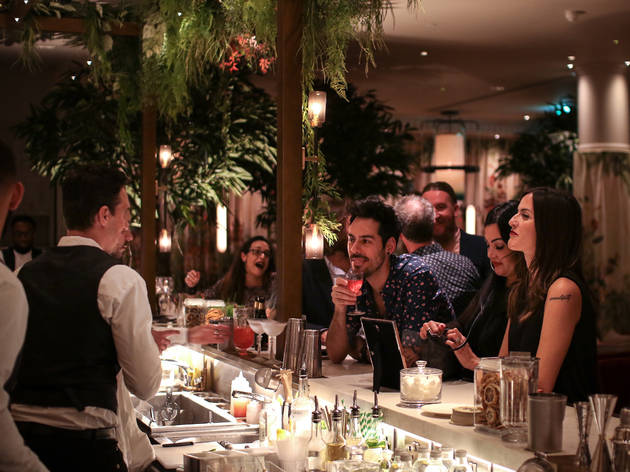 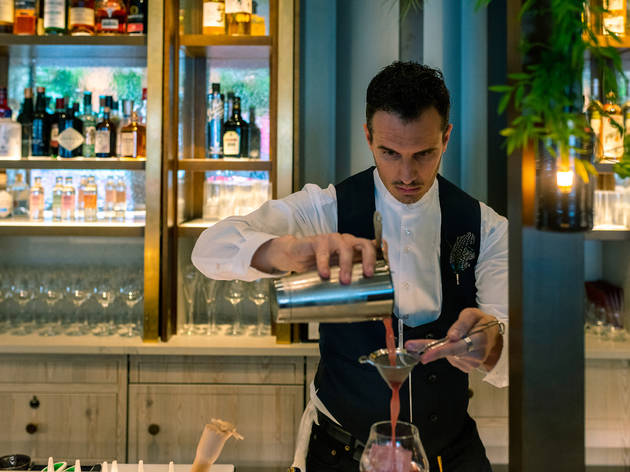 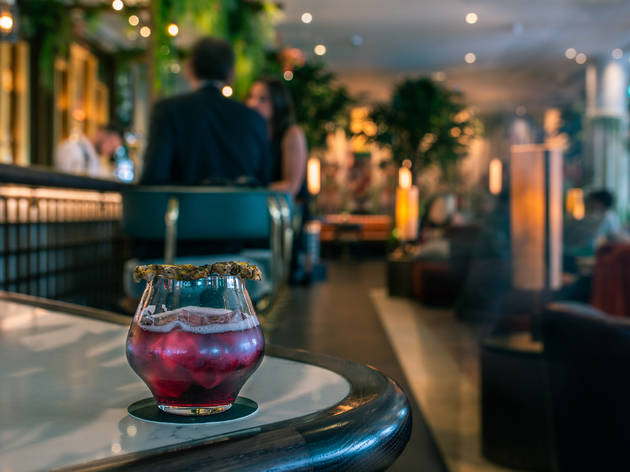 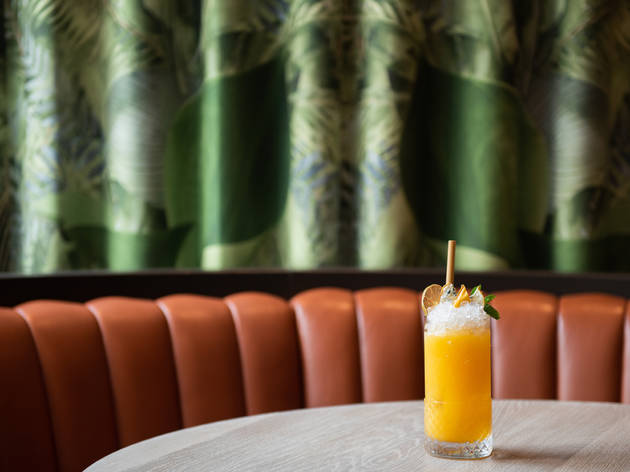 A central London hotel bar with more than a touch of the tropical about it.

What is it with cocktail bars and ‘Alice in Wonderland’? It seems like there’s some secret rule which dictates that any new opening can only get a licence if it bills itself as a rabbit hole and has bartenders act like the Mad Hatter. While Rockwell doesn’t go quite that far, it does feel the need for a typically whimsical menu with a ‘Curious & Curiouser’ section of drinks – much like, well, everywhere else.

Look further, though, and Rockwell is something else entirely. The verdant venue on the ground floor of the Trafalgar St James hotel is far from a dimly lit stereotype. Instead, it’s all high windows, tropical drapery and lush green foliage. This gives the impression of a breath of fresh air, not an easy thing to do on an exhaust-choked corner of Trafalgar Square.

We settled into a window booth, marvelling at an exotic interior which, mercifully, reads as more Frida Kahlo than Rainforest Café. Our waitress helpfully talked us through the inventive drinks, which were as pricy as you’d expect for this part of town (£9-£15) but more worth it than at similar hotel lobby venues. They’ve skipped the gimmicks – there’s not a bucket of dry ice or a novelty teapot to be seen – and instead focused on genuinely good cocktails. I opted for the Monkey Shell, a Negroni-esque concoction with my own choice of tea-flavoured sugar cube. It was nice, but I was instantly overtaken with drink envy by my companion’s choice: the Tangerine Capybara, a towering, fruity, punch-like party of a rum cocktail, which couldn’t have matched the surroundings any better.

Tropical drinks might not be typical Trafalgar Square fare, but then there’s nothing typical about Rockwell. Just don’t call it curious. Or curiouser.