Bars and pubs, Cocktail bars Dalston
4 out of 5 stars 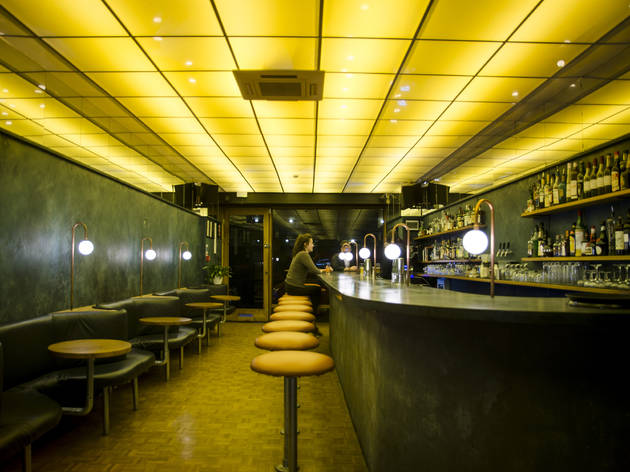 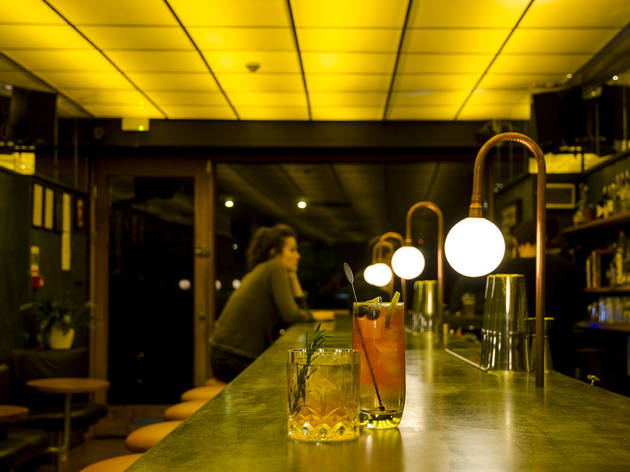 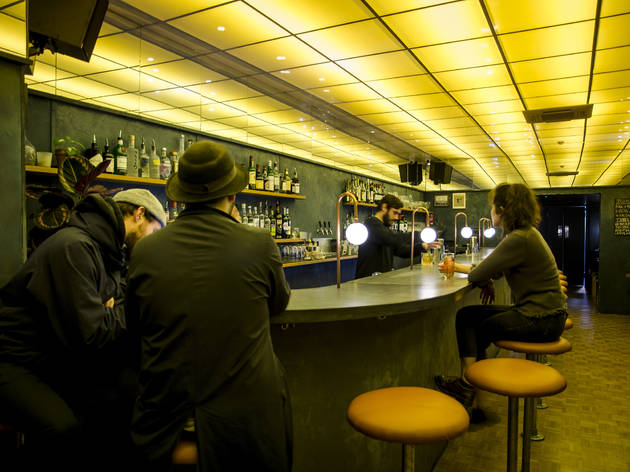 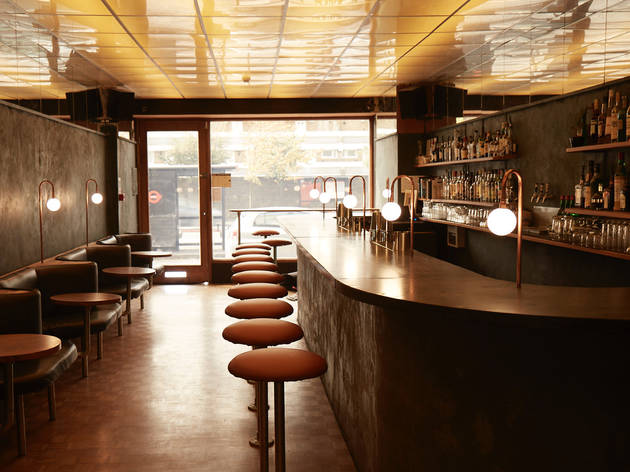 Dojo meets bar at Shep’s: a cocktail joint with a Korean food menu that’s kicking ass on Kingsland Road. It’s been opened by James ‘Shep’ Shepherd, a barman who’s branched out from Pamela a few doors up the road. He obviously knows the area’s night owls well, as this bar looks the complete part. It’s so pared-back it’s practically naked, lit by globular bulbs that droop over slick leather seats so snug you’re forced to get up-close and personal with your drinking companions. It’s painfully cool.

We were seated in a nook in a rear room that seemed to attract its fair share of couples divvying up small plates (or banchan in Korean, as they’re called on the menu) and bottles of wine. They looked at ease like they were already regulars – and if this was my local I’d be a regular for the cocktails alone. There are just five house creations to choose from, with just one of them inspired by Korea. So I knocked back a smooth and bittersweet grapefruit negroni, then tried to steal my friend’s Old Boy, made from apricot-infused whisky, rosemary syrup and bitters, a sprig of rosemary tickling the nose. It tasted like sweet medicine on a drizzly evening. They also offer to whip up all the classics at the bar, as well as serving soju by the glass and South Korean Hite lager by the bottle.

Bar snacks included puffed pig’s skin in togarashi salt – crackling that was tough to chew and fiery on the tongue. Delicious barbecue quails’ wings only provided a few morsels of sticky meat. But a steaming pile of pungent, fragrant kimchi fried rice with dashi-braised mushrooms was immense, with a runny yolk on top to make it an even more comforting bowl of grub (or ‘kim rice mush’, as it was described on my receipt).

So it’s a Korean bar with substance, heaps of style and a light, on-trend theme. Yep, Shep’s has sure got Seoul.