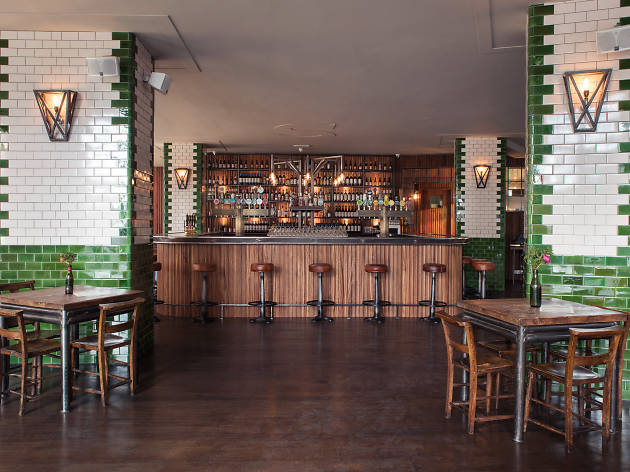 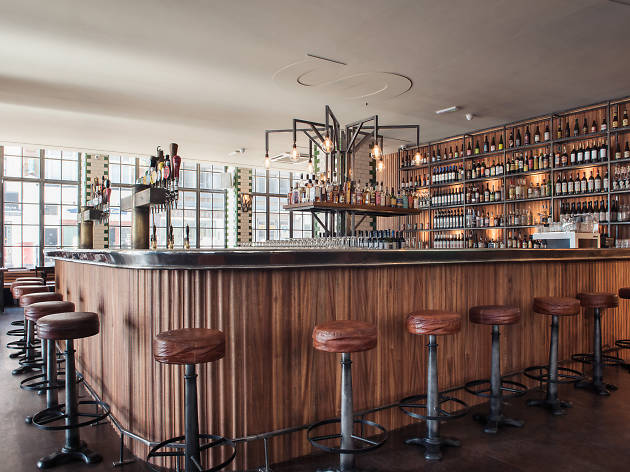 A Shoreditch/City pub with an extensive craft beer list.

Bar staff with see-through legs. It’s not a totally unreasonable request, especially when the most interesting beer at this City Road pub isn’t on the taps. Instead, it’s down in the fridges – which are impossible to get a good look at without intimating an ankle fetish.

Thankfully, not only are the 100-odd beers available on a neat list, but staff actually know what they’re selling. I ordered a Zodiak IPA from Swedish brewer Omnipollo and it appeared without issue. No praise due there, you might think – but it does come in a bottle with no text on the front.

Despite the well-curated menu, pints of Sierra Nevada and Camden Hells were the order of choice when I visited. It’s to be expected, really; this is a pub that sits at the border of Shoreditch and the City, after all. If you want to pore over a third-pint of Danish imperial stout you can, but the set-up caters just as well to those looking to smash a couple of quick pints and some meaty ballast (the cheese and bacon burger – well priced at £12 – is great) before jumping on a train back to the ’burbs.

It’s a lovely place to sit awhile, though. Victoriana may not be as thrilling an aesthetic as it once was, but given the building was once the HQ of Singer sewing machines, it at least feels authentic. The volume of the music isn’t conducive to gentle conversation, but there’s a separate cocktail bar downstairs for anyone seeking a little more intimacy. Even so, the beer list is still the reason to pop in – there are bottles here you won’t find anywhere else in the city. And if that’s not worth coming across as a perv for, I don’t know what is.