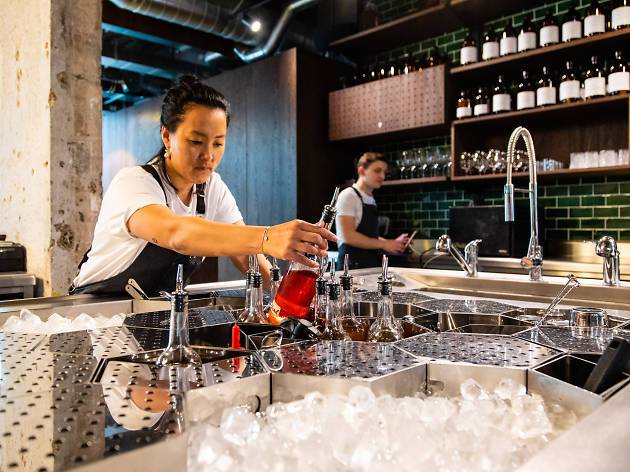 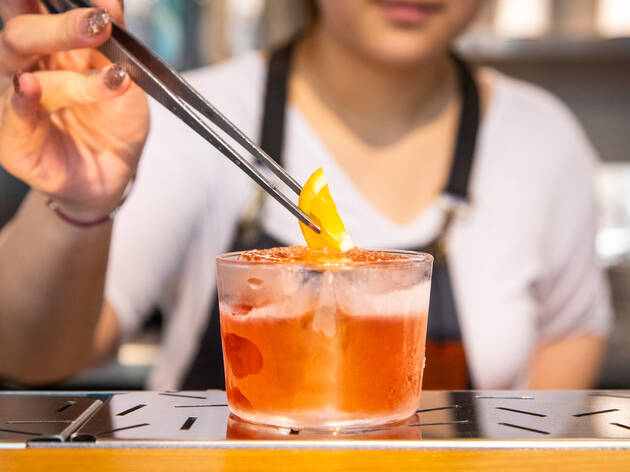 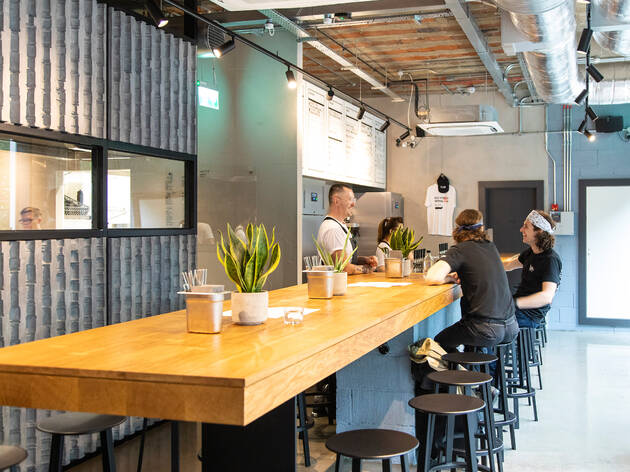 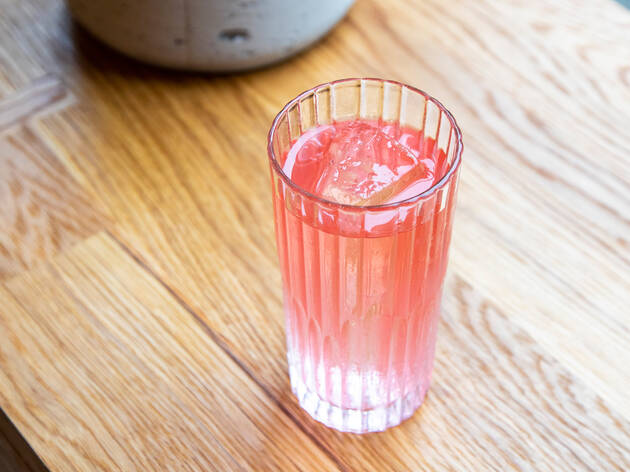 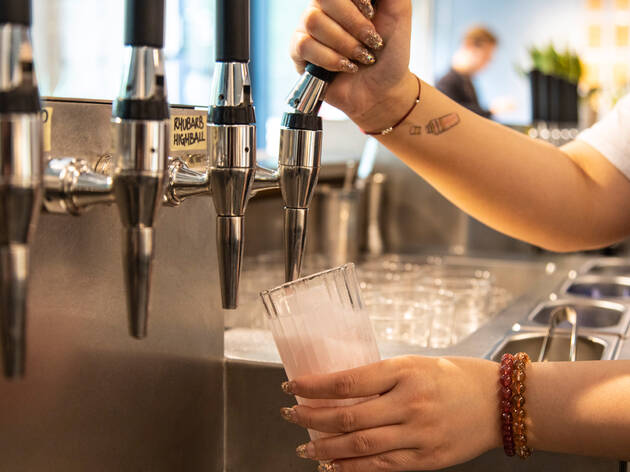 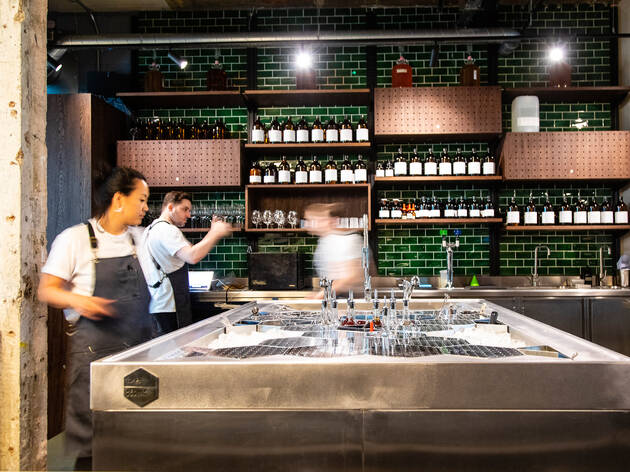 A two-part bar from one of the world’s leading mixologists.

It’s a strange thing when one of the world’s most celebrated mixologists opens a bar in London and Instagram loses its shit over the sandwich served there. The bartender in question is Alex Kratena, the place is Tayēr + Elementary (a two-part venue) and the sandwich is the height of trendiness, a katsu sando (Japanese fried pork) by resident chefs Tā Tā Eatery. Sure, it’s a great sarnie (it should be for £14.50). But the drinks go miles further, every one a lesson in lingering flavour.

Kratena has opened it with partner Monica Berg, a force on Scandinavia’s drinking scene. As such, it’s a grey and pine space, minimal in style yet maximal in its ergonomics (by God, the seats are comfortable). At the front is Elementary, an all-day hangout with high benches and stools plus really, really fun drinks. Although, don’t go expecting an experience akin to Kratena’s last stint in London at Artesian; drinks are poured without pomp from pre-batched bottles, a long way from the garish garnishes and theatrics of those days.

A hot-pink Rhubarb Highball (£9) was full of tart intensity. A frozen coffee laced with rum and poured from a slushie machine looked kinda turdy but became one of my new favourite pick-me-ups; second only to the one-sip martini, served in a shot glass. Service was incredibly laidback – a bit too cool, in fact. The whole of the bar industry seemed to be stopping by (tattoo-filled hugs all round) and so we couldn’t get into Tayēr, the more elevated, drink-focused bar at the back – we kept being queue-jumped.

I returned a week later and was granted access to the bar. Except, it’s not a bar, really; rather a square of counters facing in on a metallic workstation. Although it’s industrial-looking, the layout and the warm reception gives the impression of drinking in somebody’s home (you know, that nerdy friend who plays French hip hop and leaves sous vide vac-packs out on the sideboard?). There’s no back bar. Instead, the team use their own liqueur range – Muyu – among other pre-batched items and a few bottles cleverly stashed within the workspace.

To add to the cheffy approach, cocktails on the menu didn’t have names. A drink using Muyu jasmine liqueur was a perfumey aperitif, and its delicate notes rolled around my palate for about as long as that first ciggy you tried hiding from mum and dad. One containing maple, walnut, cognac and sherry (£16) was like a sweet, woody Manhattan, and its flavour changed on each sip. Push your way in – if you have to – to revolutionary Tayēr. Although a slushy at Elementary (a Sex on the Beach was churning on our second visit) is just as exciting a way to drink. Oh yeah, and don’t forget to order one of those sandwiches.