The Bar at The Athenaeum

Bars and pubs, Cocktail bars Piccadilly
3 out of 5 stars 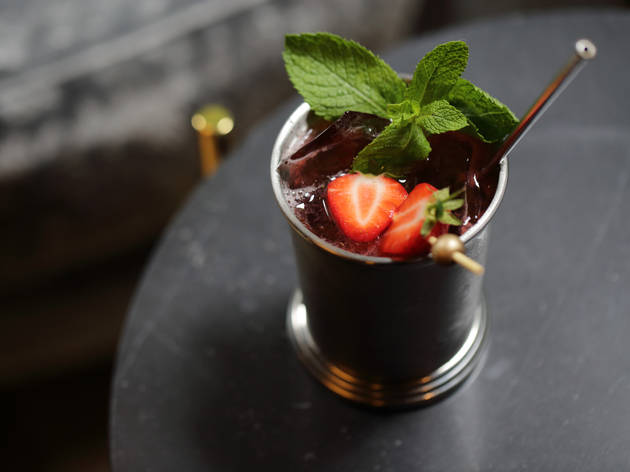 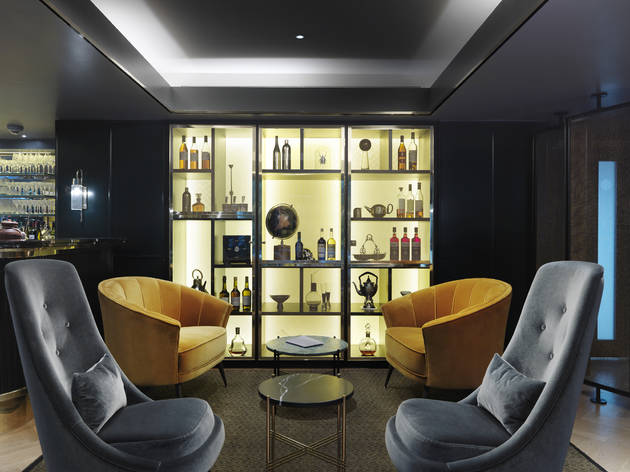 The Athenaeum’s Whisky Room is no more – style guidelines don’t allow for use of emojis, but if they did, it would definitely be the sad-face one.Taking its place at Mayfair’s The Athenaeum is a punt at the cocktail craze sweeping this city. Straight out of ‘Mad Men’, The Bar is darkly lit, comfortable and heavy on jungle foliage along a signature wall.

As expected, the barmen knew their stuff. On ordering a sazerac half-and-half, we were told we were getting 70-30 instead, and had the full explanation on why. On tasting, we couldn’t argue. As a novelty, the menu itself comes on cards at the bar, for each individual drink, with full descriptions, pictures and ingredients. We were intrigued by the Downtown Manhattan, which was presented, quite literally, in a bag of smoke. It was highly imaginative, but the proof was in the drinking, and the smoke (in sight and taste) didn’t hang around too long. There were other compelling house creations on offer, but at £15 a pop this really is the high end of the market and while the drinks are good, they’re not that much better than what’s already out there at nearly half the price. On that calculation alone, The Bar may struggle.