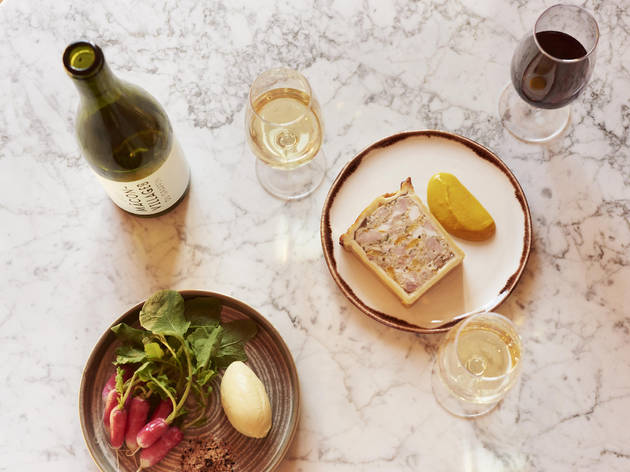 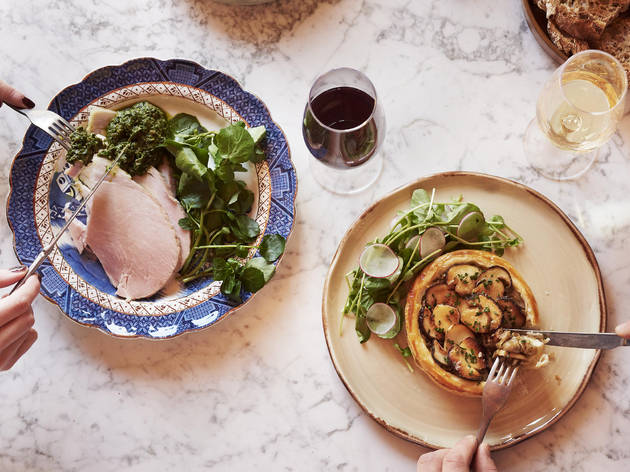 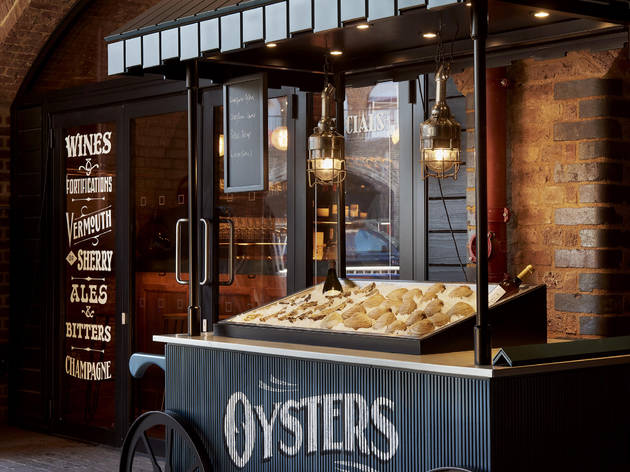 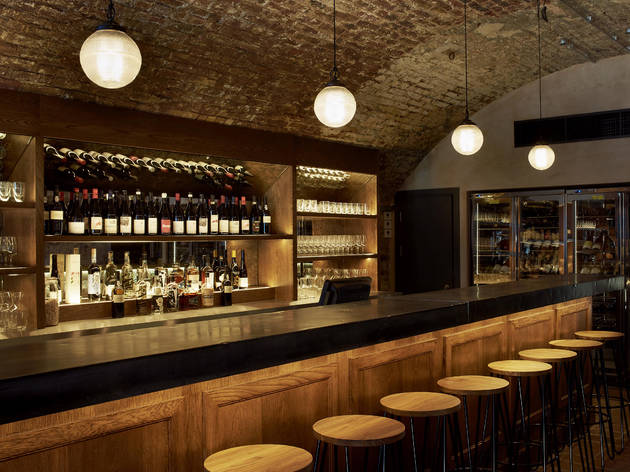 A wine bar from the Harts Group within brand-new Coal Drops Yard.

That moment when the owners of London’s top Spanish restaurant Barrafina say they’re opening a wine bar… I’ve been imagining full-bodied bodega vibes for weeks. And actually, that’s kind of what I got from The Drop: three interconnected, bare-brick arches made atmospheric by candlelight and aromas from an open kitchen. A cute oyster cart and Spanish signage at the door also give a stylistic nod to the Iberian Peninsula. The bar doesn’t take bookings, though, so I found myself shunted to a corner at a metallic counter overlooking the kitchen (coincidentally, Guardian critic Grace Dent had a prime position beside a wine-filled bar).

And yet, the subtle Spanish feel is deceptive – the wine list celebrates low-intervention vineyards around the world, with emphasis on emerging regions. That’s especially true of the by-the-glass selection (which starts at £5) – we quaffed interesting reds from Greece and Tenerife, and a Georgian orange wine on the menu caught my eye. The list comes from Aimee Hartley, co-founder of London’s R&B and wine night Genuwine, and it’s a young, fun read that shows real passion. Having said that, I was served a bag-in-box Rhone blend with an unpleasant sulphuric pong. Staff opened a fresh box with the same scent, which made me think it might have just needed time to breathe. Despite being keen to please, they seemed ill-equipped to deal with such hiccups.

Most wine is served by the bottle and food – from pie to treacle tart – is hearty. A rich chicken liver pâté was served with a chunky pickle, while radishes came with spiced salt for extra crunch: rustic, satisfying snacking. The Drop didn’t live up to my swoony Spanish daydream, but those unusual drops made up for it.