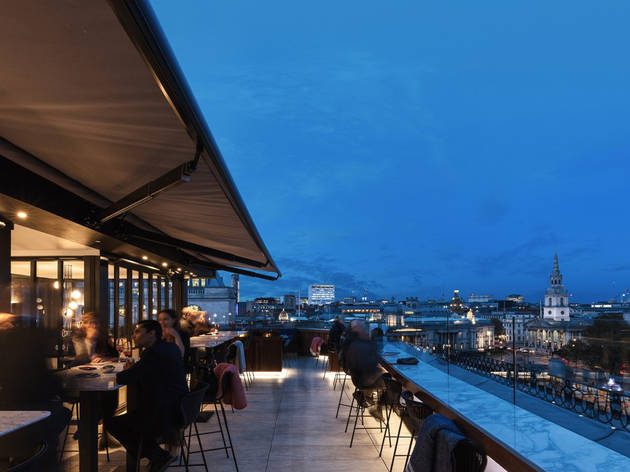 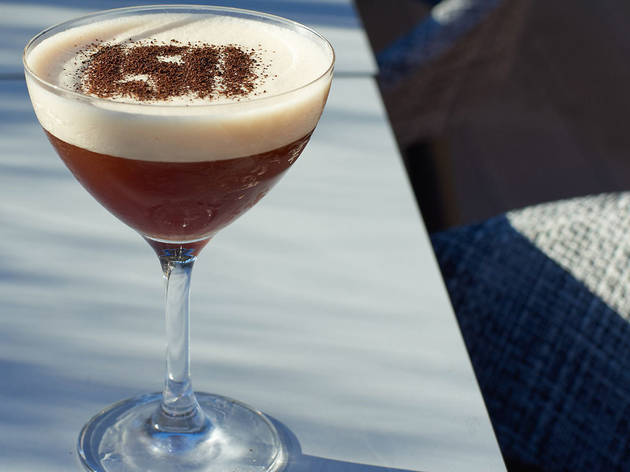 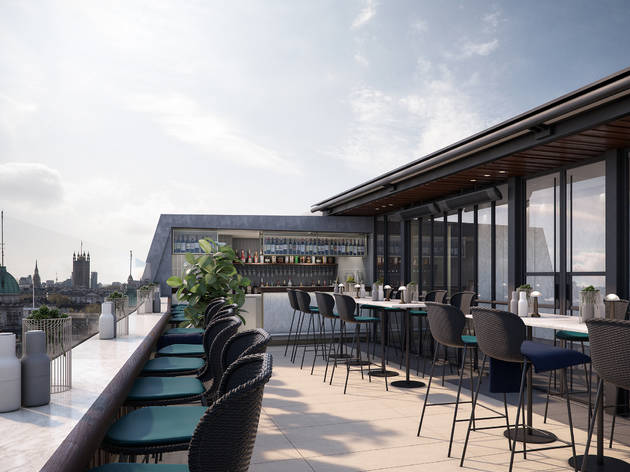 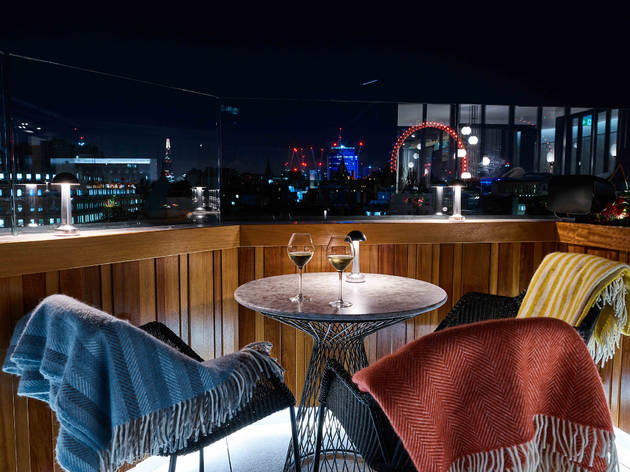 As rooftop views go, this one is iconic. The bar on top of the Trafalgar Hotel is in the direct eye line of Admiral Nelson. Cue smug selfie-takers providing entertainment up on floor seven. But the hashtaggers break up a predominantly blokey crowd loosening their collars.

The bar has had a revamp: it’s now modernist-looking in marble and royal blue. Boxed-in spaces have retractable roofs, or you can brave the elements under heaters and blankets. Prices are still sky-high, but they’ve done away with the £5 cover charge, making a splurge more justifiable.

Cocktails were competently made with a few named after London landmarks. The Skyline was a pink twist on a pisco sour that tasted like marshmallow, while a Soho Sunset was a simple gin mix with a champers top. With £16 the average price for a cocktail, I could see why wine and beer were more popular around the bar. Asian-influenced snacks were a letdown, including flabby bao buns with a vinegary filling. Generous flatbreads were more to my liking.

Although the good weather didn’t last, the monotonous tech house showed no signs of ending, so (unlike at many other London rooftops) we were ready to get back down to earth. But for Nelson’s gaze alone, this rooftop deserves a visit. Selfie stick optional.

One of London's lesser-known rooftop bar, the  Trafalgar St James's is one you should visit and one of my favourite rooftop bar in London.

Located above a hotel, the bar offers sweeping views overlooking historic Trafalgar Square and Westminster. It's large enough to accommodate a private function but also has an area for small groups of friends with comfy, white furnishing to sink into. It's cosy, sophisticated and the drinks menu is impressive as with any other bar.

Nowadays it is hard to judge bars in London - they are also good, but what Trafalgar St. James offers that not many do not, is that wonderful view overlooking Trafalgar Square and beyond. If its cocktail bars with a rooftop. You fancy then the Trafalgar St. James is worth a look. Go at sunset for truly instagrammable photos.

A very nice bar with great views over Trafalgar Square- this rooftop is perfect for a pre- or post-show drink or a weekend cocktail. The bar has a convertible roof, which can be taken off on warmer nights. Even on February evening, the half-open cover provided some fresh air without making it too cold. I attended a private party here, so if you're looking for a nice space for a birthday or special celebration, this could be it.

We been in the Rooftop St. James this tuesday,

We had an amazing time, Angelo,our waiter was really knowledgeable, fun, amd taking care of us, service was flowly, bartender was fast an accurated, the pink dragon cocktail was amazing and beautiful, we really like the olace and we surely come back soon!

Been on the rooftop today for a coffee, very nice staff and beautiful view

I have been on The Rooftop last Saturday for the U2 concert...the view was absolutely amazing!!! Very attentive staff, and nice cocktails. Would definitely recommend.

Near The Rooftop St James