Bars and pubs, Pubs Haggerston
Recommended
4 out of 5 stars 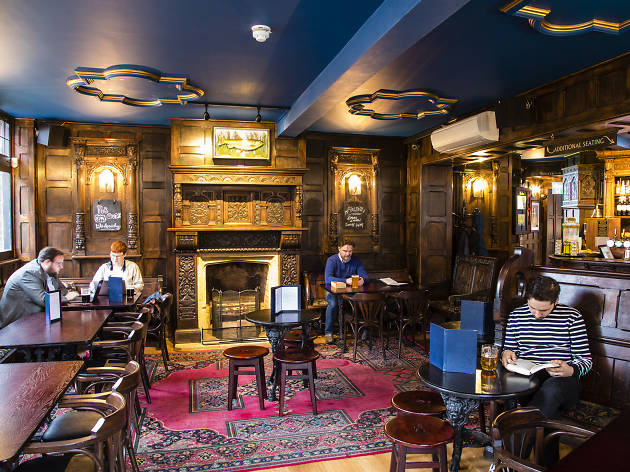 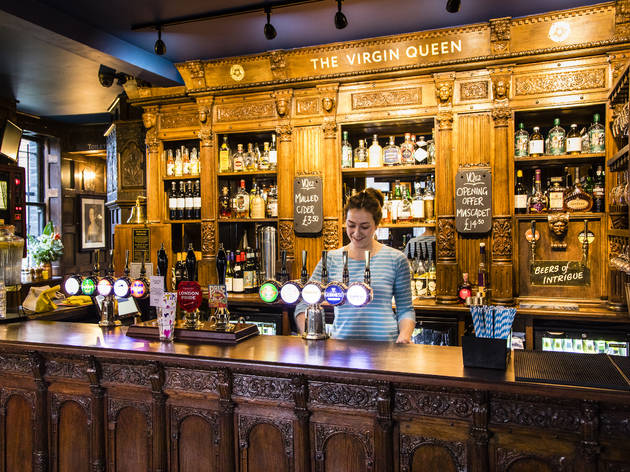 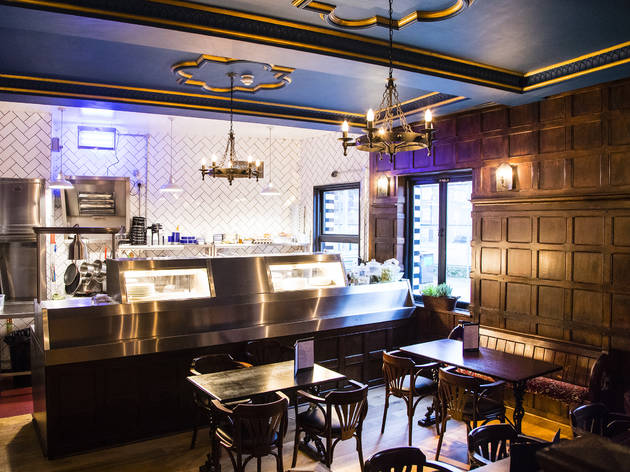 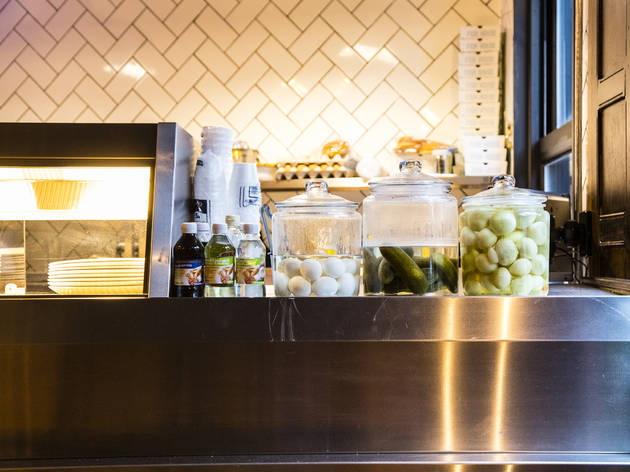 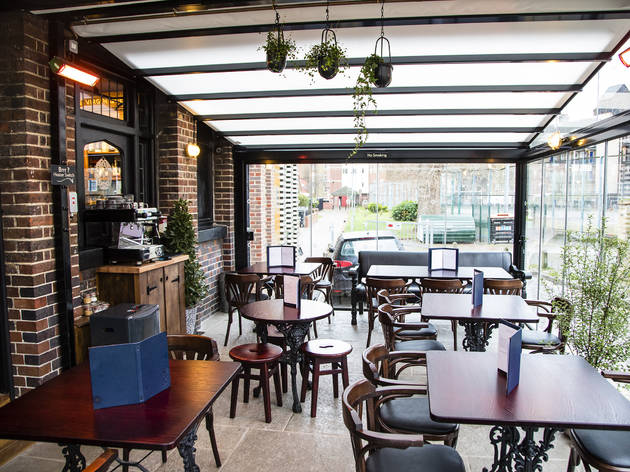 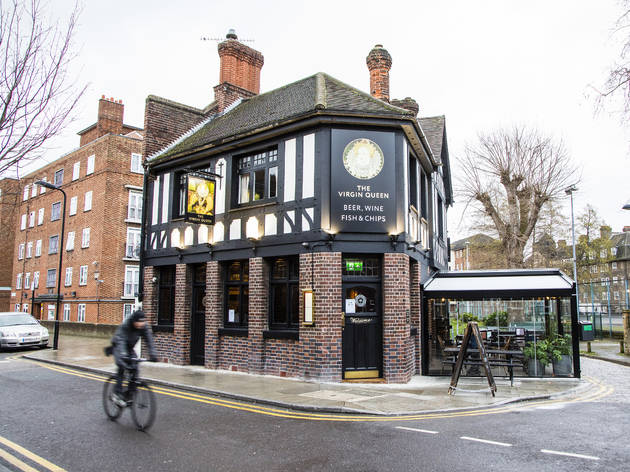 A pub and chippie taking over footie ‘museum’ The Albion.

This pub is an underdog of sorts. It comes from Remarkable Pubs – owner of local gems such as The Salisbury in Harringay – which acquired this Hackney backstreet boozer while it was operating as The Albion. For those unacquainted, this was a London legend that doubled as a museum to football as well as acting as a home away from home for West Bromwich Albion fans. Understandably, there was some backlash when the memorabilia came down and The Baggies made way for batter – with posh Viccy Park chippy Fish House teaming up with the new owners. But even if it’s footie heaven no more, the Virgin Queen offers a near-perfect pub experience of a different ilk.

West Brom’s crest has gone, but the gorgeous timber on the pub’s exterior remains. They’ve tacked on a conservatory to cram in more diners and it makes for a harsh contrast, especially when they’ve gone to such lengths to make the interior look so old-timey. It’s panelled in gorgeous carved wood and fabric-covered pews act as seats in the small drinking space. We were lucky enough to bag a table in front of a roaring fire, but there’s space for dining in a less atmospheric room at the rear or a sort-of medieval banquet space downstairs primed for private functions.

The beer range is enticing, with 15 taps mostly dedicated to what’s brewed within the M25, like a citrusy session IPA from Gipsy Hill. We couldn’t resist a bottle of muscadet, reduced to half its usual price and a perfect match for fried food. And portions of solid fish and chips were massive and justified the price (although a little more tartare sauce wouldn’t have hurt).

A mother helped her daughter with her homework. A pair of dogs yapped to each other across the pub. I talked everything from tax returns to American football with staff. The beautiful game may be long gone from here, but it’s still a striking pub experience.