Bars and pubs, Wine bars Tooting
Recommended
4 out of 5 stars 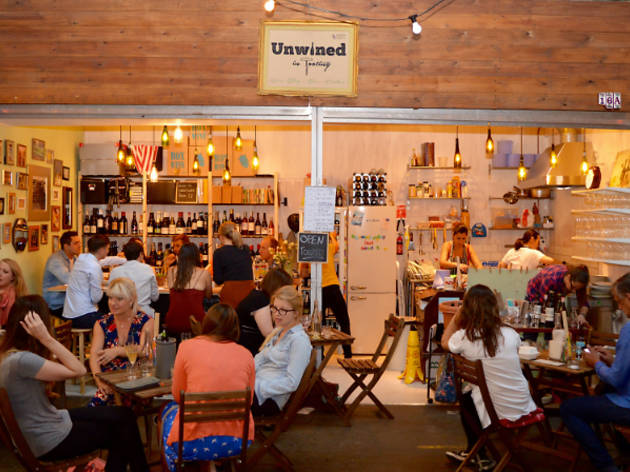 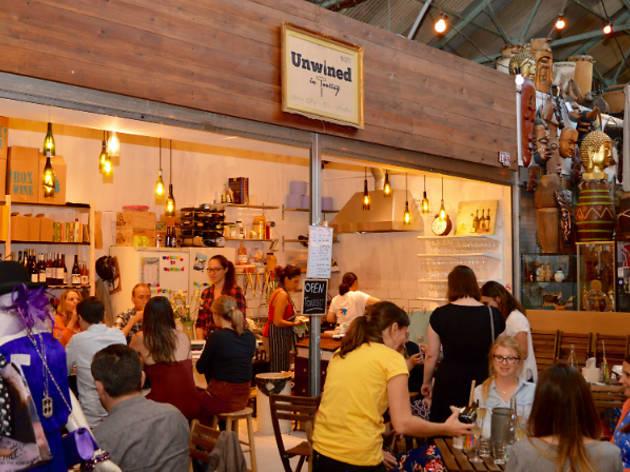 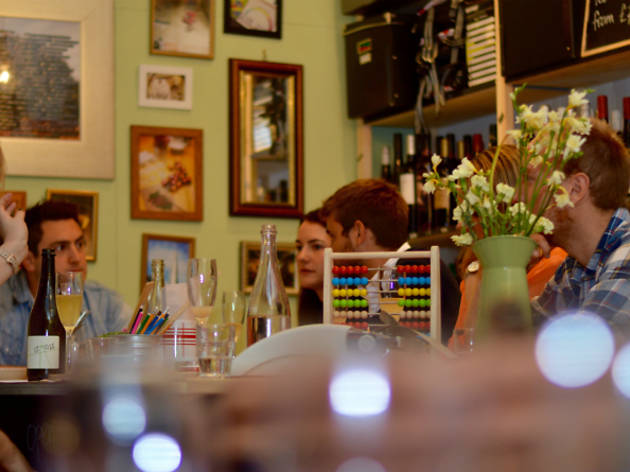 Being packed to the rafters on a Tuesday evening is a feat rarely accomplished by bars of a similar nature to Unwined, a wine bar in Tooting’s ramshackle Broadway Market. It’s not the most spacious spot for a drink – we were initially seated by the market’s fish chillers – but amazingly, I never once felt cramped. It’s lovely and buzzy, and totally relaxed as far as wine bars go. ‘Tidy mess’ would be an apt way to describe the setting, sympathetic to its market surroundings and pop-up roots with framed paintings adorning the mucky-looking walls and quirky fridge magnets fashioning a homely feel.

Of the wine, let’s just say they know a thing or two when it comes to the good stuff – I even spied our waitress having a cheeky swig. There’s regular wine tastings, a unique selection of bottles to go and a new theme to the list each month. On our visit, that theme was ‘geeks and nerds’; a pretty lame concept in theory, but a great touch in practice. Our light and juicy Pinotage was dubbed a chemistry lesson due to two grapes bonding to produce it. Getting clued up while you drink up? I like it. I like it a lot.

With chefs in Thursday to Sunday (the Raclette Brothers when we stopped by) but nibbles served every day, we tucked into a cheese board to compliment the vino. A mild Waterloo was squidgy-soft, but the truffle Pecorino stole the show: both elegant and fragrant, it puts other truffle-infused fare to shame.

Perhaps it’s that Unwined brims with genuine character, or that the staff are so jovial you almost forget they’re staff at all (at one point we were gassing about Bumble dates, at another, pesto) or maybe it’s just the top-notch wine that has earned this bar such a loyal following. Whatever it is, I’ll be back. Even if it’s just for another slab of that truffle cheese.