Bars and pubs, Cocktail bars St Paul’s
3 out of 5 stars 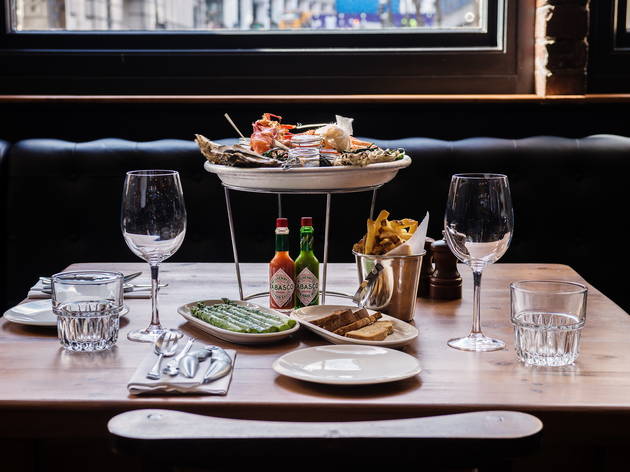 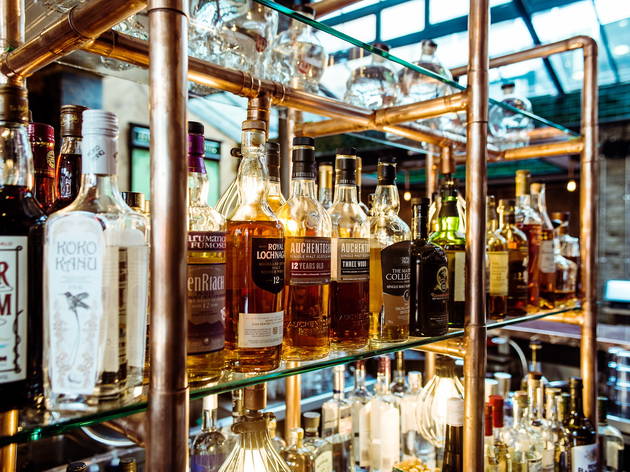 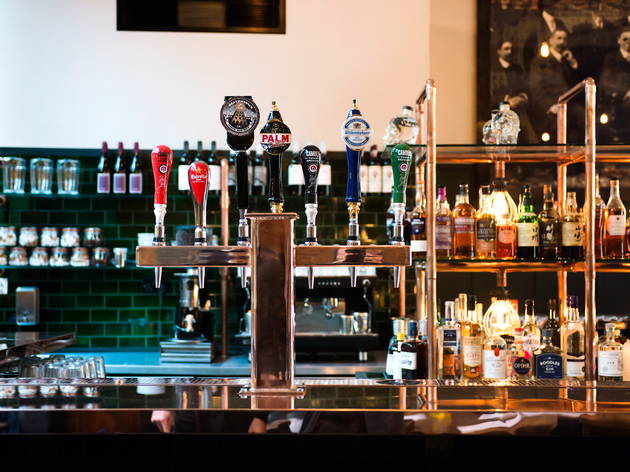 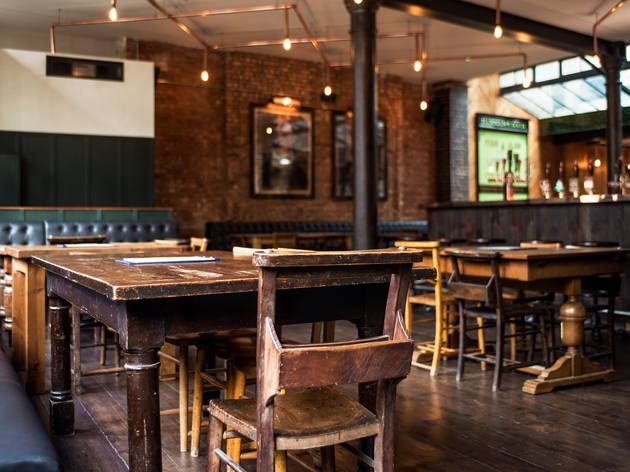 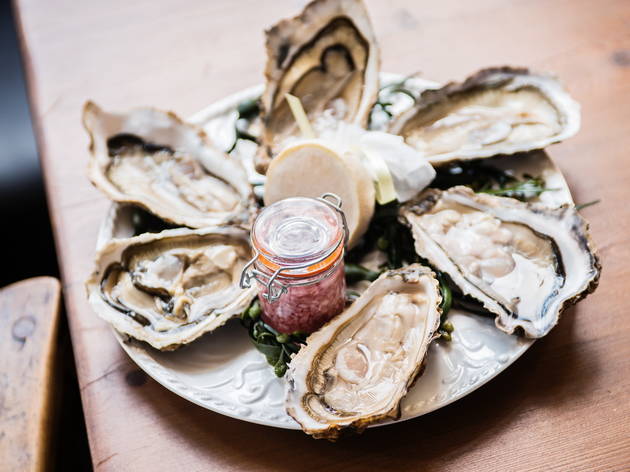 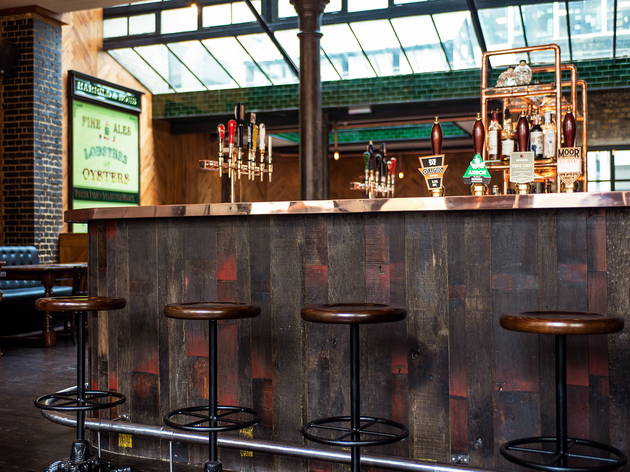 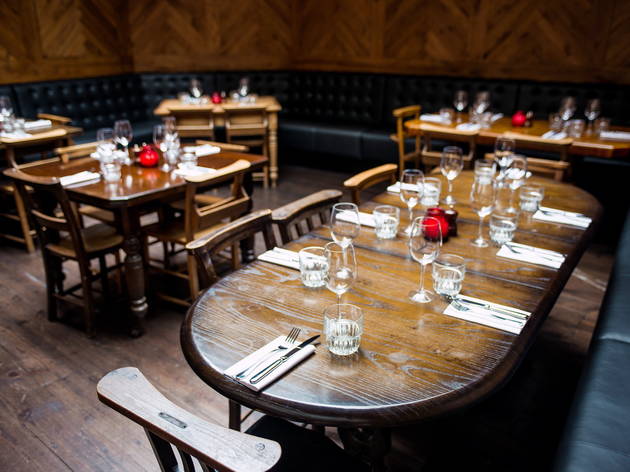 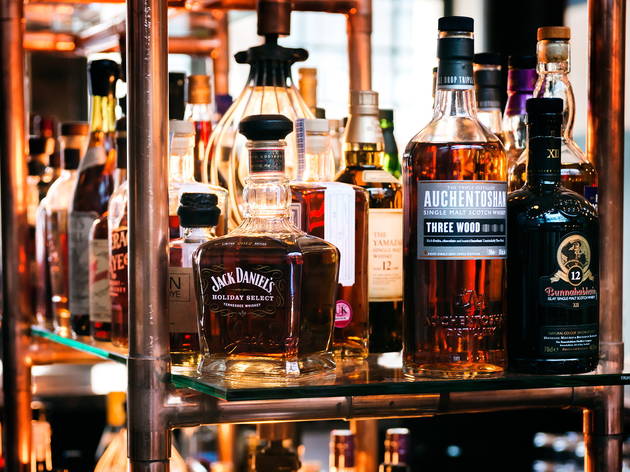 Who, and where, is Harrild? He’s not here, and neither are his sons. What is here is a new pub made to look old in a former printing-press manufacturer. Robert Harrild manufactured equipment for many of Fleet Street’s organs, but moved out a while ago. The current workers in this part of town have no need for hot metal type or rotary printing drums, but they do need food and refreshment after a hard day in the City. And that’s what they’ll find.

It’s another venture from the same group behind the Well & Bucket pub in Bethnal Green, and anyone who’s been there will find it eerily familiar. Copper pipes have filament bulbs hanging off them, Victorian workplace portraits are superimposed with creepy skulls (hopefully no one will spot an ancestor among them), there are loads of craft beers and some big decorative mirrors. But such a huge range of beer needs staff who know their stuff and can make recommendations to the less-clued-up drinkers, which on our visit, they largely didn’t. If you don’t know what a beer’s going to taste like, being shown the pump clip won’t help.

Downstairs is an entirely different story. It’s the third branch of the cocktail club called 5CC in London, and it’s a relative haven of sophistication and calmness. The cocktails here are strong and no-nonsense – a Vieux Carre, with rye, cognac and vermouth (£10), was particularly persuasive – and it’s a better place to have a meal than the rowdy bar upstairs.

Up to a point. It was ink-bottle dark in 5CC, so much so we had to resort to phone torches to read the menu. The luxe US belly-fillers – T-bone steak and chips, grilled lobster, veal schnitzel Holstein – sounded good, but in the absence of light with which to see them, we opted for burgers. And they were good, in glazed buns and served with a tin of skin-on chips – even if the plates barely fitted on the tiny cocktail tables.

It’s a shame that eating seems to play second fiddle here, because it’s clear someone’s put effort into the menu and cooking. (The music, on the other hand, not so much – surely even contemporary Patrick Bateman City boys don’t listen to Phil Collins’s ‘Sussudio’?) There’s no need to hold the front page over Harrild and Sons, but many other bars could do with taking a leaf from their book.