Bars and pubs, Cocktail bars Dalston
Recommended
5 out of 5 stars 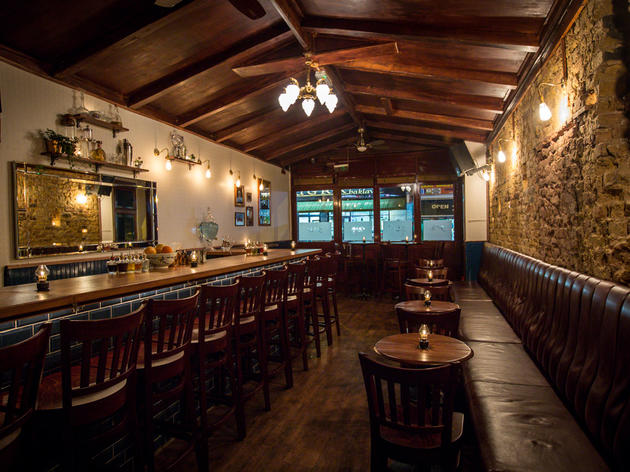 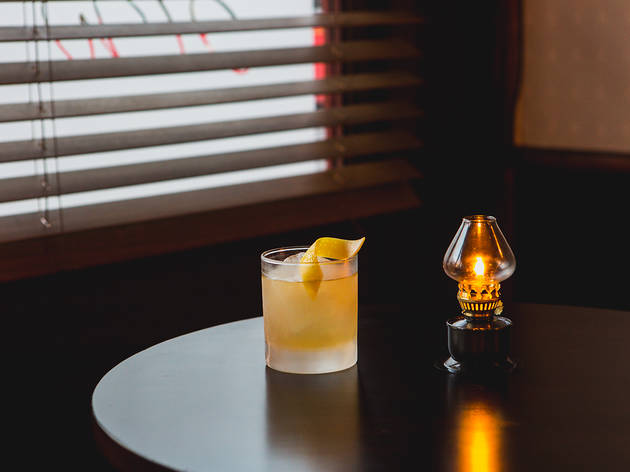 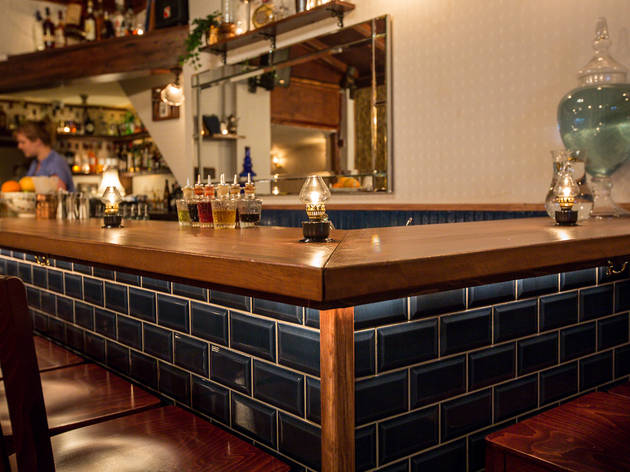 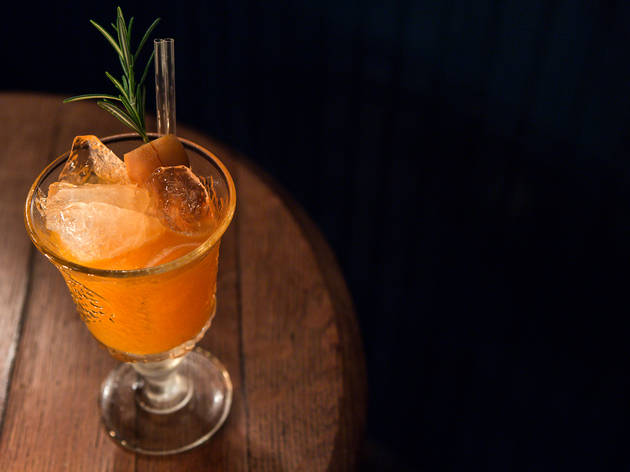 Cocktails are king at this ‘bartender’s bar’, an established stop-off on the Dalston/Stokey strip.

If this is High Water, where’s hell? The Kingsland Road-to-Stoke Newington strip, with its cavorting imps, rivers of piss, and mounting flames (all the Turkish grills), might well be for some. It’s become London’s go-to area for hedonistic clubbing. But apart from one or two isolated outposts, those in search of a classier night out were not so well served.

Now, joining the Original Sin and Ruby’s, is this cocktail bar surrounded by traditional mangals and trendy nightspots. Some in London are beginning to describe it as a ‘bartender’s bar’, meaning not just a place where off-duty service staff drink, but somewhere the industry approves of due to the particular sophistication of what its serves. It had a very low-key opening late in 2014 but is now an established stop-off on the Dalston/Stokey strip.

It’s the sort of experience that’s probably best with the lights low. High Water is definitely not a multimillion-pound West End eating and drinking concept, and that’s no bad thing: there’s a fake chalet ceiling and wood that has the same shade of brown as a 70s demi-glace sauce. What it probably means is that it’s been opened by young people who are more passionate about what goes in the glasses than what’s on the walls. Cocktails are king here.

The seasonally changing menu lists seemingly simple drinks with just a few ingredients, but they're all superbly made and sophisticated. And at £9.50 they're decent value; so too are the half-sized 'miniature serves' for weeknights (or as a chaser). A few choice house-made ingredients show a dedication to detail (pecan syrup, say, or quince sherbet). Full marks all round. Wade in the water.