On June 18, director John Landis will be in town to host a concert at the Royal Albert Hall dedicated to the work of film composer Elmer Bernstein. In 1981 Landis wrote and directed one of the best films ever set in our city, for which Bernstein provided the score. A lot has changed since ‘An American Werewolf in London’ was released, so these images are a bit of a trip down memory lane, but here are all the places that feature in the much-loved comedy-horror mashup.

Okay, we’re cheating with this one as it’s in Surrey. But c’mon, it’s less than a mile outside the M25 and is way too good to leave out. The Black Swan was used for the interior of The Slaughtered Lamb, the isolated Yorkshire boozer where backpackers Jack Goodman and David Kessler encounter a pentagram and some very cagey locals – including two much-missed legends, Brian Glover and an incredibly young Rik Mayall. London does have its own Slaughtered Lamb pub; you can find it on Great Sutton Street in Clerkenwell.

After a hasty retreat from The Slaughtered Lamb, Jack and David are pounced on by a werewolf. Jack is killed but David survives and is transferred to London where he recovers in the fictional St Martin’s hospital, suffering some seriously WTF nightmares along the way. Two old hospitals were used for St Martin’s: the now demolished Chiswick Lodge, which was in Netheravon Road South; and the Princess Beatrice on the corner of Old Brompton and Finborough Roads, which has since been converted into student accommodation.

After being discharged from hospital, David moves in with nurse Alex Price (played by Jenny Agutter) whose rather swish pad is on Redcliffe Square. NHS wages clearly stretched a lot further back in the day.

After undergoing an agonising transformation into a werewolf (now the stuff of cinematic legend), David goes on the prowl. His first victims are happy-go-lucky couple Harry and Judith who have taken a cab to Hampstead (£1.50 in 1981 to you, guv’) for a dinner bash. Unfortunately they end up on the menu, gobbled up on East Heath Road outside The Pryors mansion block.

Hard to imagine now, but in the early ’80s, much of the area around Tower Bridge was derelict and deserted – as demonstrated in this scene in which elderly down-and-outs Alf, Ted and Joseph encounter the werewolf in a scrapyard.

Next to feel the werewolf’s bite is late-night commuter Gerald Bringsley who is hounded through an eerily empty Tottenham Court Road station. Geeky bonus fact: Gerald is played by Michael Carter who would later go on to star as Bib Fortuna, Jabba the Hutt’s tentacle-headed toady in ‘Return of the Jedi’.

After his night of madness, David returns to human form and awakes in his birthday suit, slap-bang in the middle of the wolves’ enclosure at London Zoo. When filming this scene, actor David Naughton had to enter the den for real – with handlers instructing him not to make any ‘loud noises or fast moves’. The next sequence – where he runs naked through the zoo as it opens its doors to visitors – must have felt like a doddle.

With no iPhones and TV off air for half the day, news travelled slower in 1981, meaning Dr Hirsch – who treated David in hospital – doesn’t learn of the night-time spree until he sees it splashed across a newsstand on Putney High Street.

Told to return to the hospital, Alex and David decide to catch a taxi. The cab they flag down on Wilton Crescent is driven by go-to geezer Alan Ford, best known for his later role as the psychotic Brick Top in Guy Ritchie’s ‘Snatch’.

After the cabbie tells his passengers about the mystery murders, David panics and exits the cab in Trafalgar Square without paying. (We cabbies call that ‘bilking’ – but hey ho, what’s 30 seconds from Wilton Crescent to Trafalgar Square!) The spot where the taxi pulls up outside the National Gallery has since been pedestrianised with chalk murals – and levitating Yodas are now the order of the day.

Desperate to be locked up, David accosts a policeman by Nelson’s Column, shouting obscenities and claiming that ‘Shakespeare was French’. Being a traditional bobby, the cop just politely asks David to move along.

Today, red phone boxes are little more than Instagram fodder, but there was a time when you’d have been lost without them. Knowing he’s doomed, David calls home from one such kiosk, with Routemaster buses and Piccadilly’s old-school lights providing the backdrop.

Throughout the movie, David’s stalked by the decaying corpse of his old buddy Jack. At this point David spots him across the road at the Eros Cinema – the kind of joint that peddled seediness in the days before the internet. Inside, David’s forced to confront his chewed-up victims while ‘See You Next Wednesday', the saucy film-within-a-film, plays in the background. The Eros has since given way to a Gap store.

Inside the Eros, David turns wolfy again and bursts out of the cinema to wreak havoc on Piccadilly Circus. This climactic smash ‘em up scene was filmed during the early hours, with police halting traffic for just minutes at a time. Keep an eye out for John Landis himself who, being a trained stunt performer, was quite content to hurl himself through a bureau de change window.

Although the werewolf appears to crawl up a West End alley, the spot where it’s finally cornered is Clink Street. Here, the creature is destroyed and we briefly see David in human form before the credits roll.

The Best of Elmer Bernstein, presented by John Landis, is at the Royal Albert Hall on Sunday June 18. 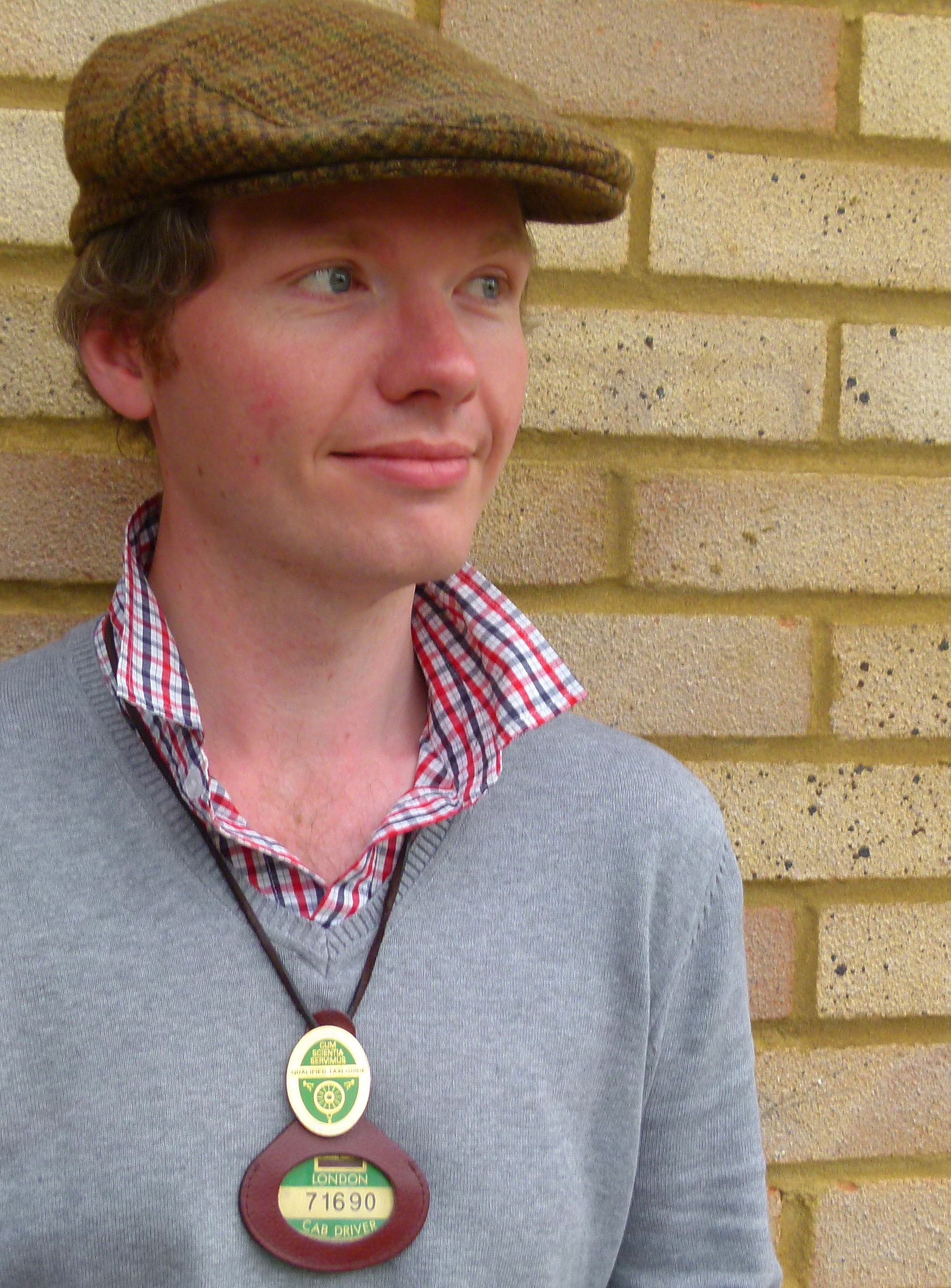 Robbie is a London cabbie, born and raised in the capital’s hilly north-west. Like many Londoners, his roots are a diverse mix… including Irish and Arapaho Indian. Exploring this wonderful city and sharing its many intriguing secrets is his true passion.  Follow his adventures on his blog View from the Mirror: A Cabbie's London or on Twitter: @Cabmirror