Sonya is the news and events editor at Time Out London. She spontaneously combusts if she leaves the confines of the M25. Follow her on Twitter @sonya_barber

Isabelle is the blog editor at Time Out London. She has a hate-hate relationship with the Northern Line. Follow her on Twitter at @izzyaron

Guy is the social media manager at Time Out. He lives in Nunhead, surely the greatest neighbourhood in London. Follow him on Twitter at @GuyP

Rosie is the social media producer at Time Out. A fan of animal videos and Toto's 'Africa', you'll find her posting puns and pictures of food on Twitter and Instagram at @rosiepercy. 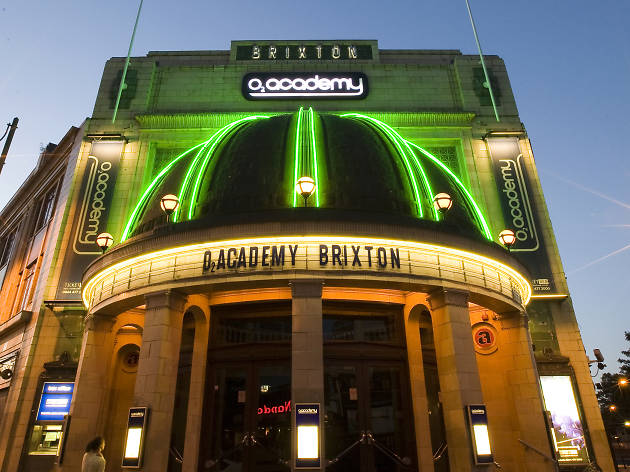 If you’re missing the sweet sound of live music, one of London’s best-loved venues is swinging back into action to offer some respite for the capital’s bereft gig-goers.  The legendary O2 Academy Brixton has teamed up with Live Nation UK and MelodyVR to put on a series of new, live concerts, all available to experience in 360-degree virtual reality.  Live from O2 Academy Brixton will have a programme packed full of exclusive, bespoke performances, all created with world-class production values.  The venue, famous for holding groundbreaking gigs from the likes of Iggy Pop, Grace Jones and Snoop Dogg, is setting up a purpose-built studio to film the exclusive performances using cutting-edge virtual reality technology. This will allow you to select the spot from where you want to watch the shows, including on stage with the artists, using the MelodyVR app.  The line-up is yet to be announced, but it comes from the folk behind Wireless Connect, the virtual festival held in place of the cancelled Wireless, which hosted new sets from the likes of Stefflon Don, Saweetie, Iann Dior, Lady Leshurr, Big Narstie and 24kGoldn. So the shows in Brixton should be just as promising.  As with Wireless Connect, all the gigs will be filmed in 360​-degree virtual ​reality, so if you have a VR headset knocking about, you can watch as if you’re actually there. If you don’t have that kind of tech to hand, you can still view the concerts in 360-degree mode on your smartphone via the MelodyVR app.  T 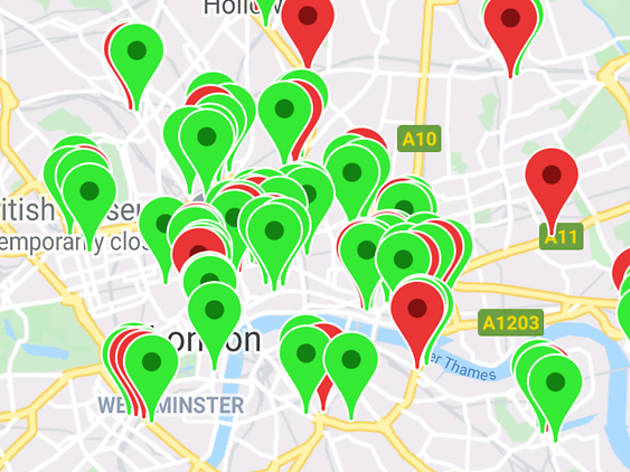 Last weekend saw pubs across the city reopen, but a new app is urging people not to sip their much-missed pints at Wetherspoons. The Neverspoons app offers suggestions for nearby independent boozers rather than heading straight for a ’Spoons. On the app, you can view a map which shows local independent pubs with a green pin and Wetherspoons with a red pin. You can also view a full list of nearby Wetherspoon pubs and you’ll be given a variety of alternatives, including how long it’ll take to walk there from your current location. The app’s creators say they developed Neverspoons because of the pub chain’s response to the crisis of the last few months. It came under fire in March for refusing to pay suppliers until lockdown had ended and encouraging unpaid staff to take jobs at Tesco. #NeverSpoons has even been trending on Twitter. App developer Shane Jones said: ‘There are too many of these former pubs in amazing buildings, now derelict, that used to be the central hub for a lot of communities. If you can put some money in the till of a smaller independent pub through the use of this app, then it’s done the job I intended it to.’ Find out more and download the app. Check out London’s best beer gardens. And these are some of the best restaurants you can book now.

Camille Walala’s iconic blocks and stripes are now a beloved style on London’s streets, and one street in Leyton is ready to make a big commitment. Fresh from her collab with Lego in Coal Drops Yard, the London-based French designer is now gearing up to bring a massive new project to an east London neighbourhood.  Prolific mural makers Wood Street Walls teamed up with residents and local businesses to launch a crowdfunder, which aimed to raise enough money to cover Leyton High Road with Walala’s designs. The campaign gathered £40,000 via the Mayor of London and Spacehive’s ‘Crowdfund London’ initiative, and now the plans are being put in place to bring ‘Walala Parade’ to life.  ‘Walala Parade’ will consist of new fronts above shops along the street near Deeney’s coffee shop and the Post Office (a stone’s throw from Leyton station, and the Leyton Technical). Yes, it’s multicoloured, but it’s also green: designers will use recycled paint from Forest Recycling Project, and a new paint formula (currently in testing at Wood Street Walls) that hopes to absorb carbon emissions. ‘Art and colour have an amazing power to spread positivity, especially at the scale of the street. It’s wonderful to have an opportunity to have such a significant impact on the look and feel of an entire neighbourhood and inspiring to be part of such a community-driven initiative,’ said Walala of the bright project.  The High Road, which runs from Lea Bridge Road in Walthamstow to Drapers Field in Stratf