High-fiving commuters, late-night vomiters, people who throw their kids at the closing doors... Alexi Duggins and Matt Breen hear about the things you see when your job is to keep the tube running.

'As a tube driver, you see so many entertaining things. You see all sorts in this job! You get to see London come to life. I do the late shifts on the Bakerloo line, so some of the outfits you see on Friday and Saturday evenings around Piccadilly Circus... all-in-one leopard-skin numbers, purple suede suits – I wonder to myself sometimes: Did you get dressed in the dark?

‘Late at night, you see people getting drunk. That’s when you have to be quite careful as a driver. Once I was pulling into a station and someone was leaning over the edge of the platform being sick, right in front of my train. Fortunately I managed to stop well in advance, or it could have been very bad.

‘I’ll tell you the thing that’s a real bugbear, though: rushing for the doors. I’ve seen people literally fling their children between the train doors to stop them closing. Once I saw someone lose their grip on their kid, so they got shut inside with the parent outside. Luckily I was watching, so I opened the doors. But you think: What are you doing? Time is money, but it’s not worth losing your kid for!

‘You know what makes my day? The regulars. Some people recognise you and wave as you pull into the station. There are even people who, when they get out of the carriage, come and knock on your window and give you a thumbs-up. You wouldn’t think that happens, but it does. Honestly, it makes it all worthwhile. That sounds corny, doesn’t it? It’s true, though. If you really want to make a driver’s day, look over towards the cabin and give us a thank-you wave!' 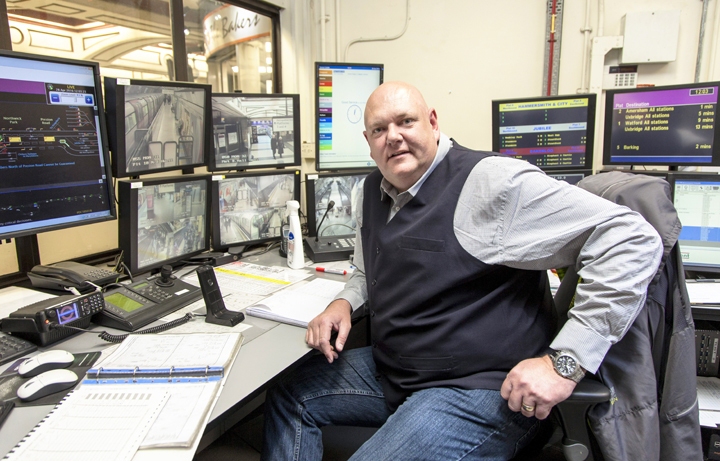 'I'm a revenue protection inspector – my job is to stop people not paying the proper fare. Now, I’m 6' 11". I genuinely am. I’m also 22 stone, with a shaved head. When people look at me, they think: “Crikey!” But that hasn’t stopped things from occasionally getting a bit naughty. Back in 2011, someone headbutted my colleague and yelled “I’m going to stab you in the neck!” then reached for their pocket. When I restrained them, they started biting me. Bit me seven times in my forearm. I had to have an HIV test.

‘Last year, in June, I was at St Paul’s and I stopped a guy who followed someone through a ticket barrier. Oddly, he had an Oyster card with £!0 on it, but had skipped the fare. When I told him we’d have to fine him, he kicked off and started punching the barriers. I didn’t want any trouble, so I told him to just leave the station. I’d put his Oyster card in my bag, though. He remembered, came running back in and tried to nick my bag. I grabbed him and we ended up going at it against the glass partition by the barriers. Suddenly the glass just exploded. I was lying on the floor, glass everywhere, cuts all over me. This job can go from passive to naughty quite quickly.

‘Still, it’s 14 years I’ve been doing this and I’ve only had two incidents like that. I did an investigation where I caught someone using a Freedom Pass they’d stolen from an old lady. They were a carer in a Hackney care home and they were stealing from the people they were meant to be looking after. Things like that are rewarding. It’s not always easy, but some of the things we do are pretty worthwhile.’ 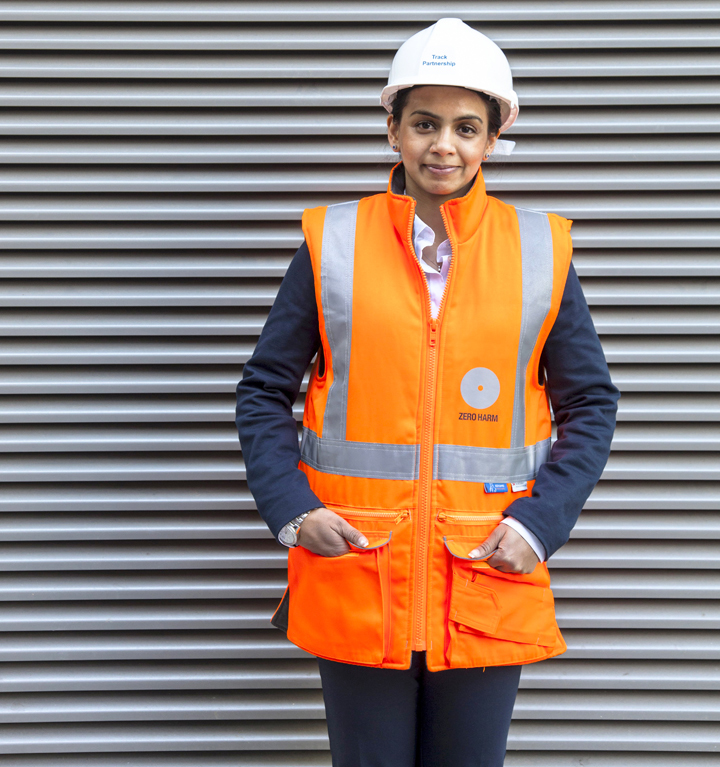 'It's always funny when I tell people what I do for a living. Some are curious, others start ranting: “Oh, so you’re the one who ruined my weekend!”

‘London Underground’s rails have a lifespan of 40 to 50 years. I plan for when and where we’ll renew them. We go in, rip up the rails, the sleepers and the ballast underneath, and replace them – we change the wooden sleepers to concrete ones, which last longer. We do overnight work where we can, but sometimes it has to be done at the weekend, so we close the track.

‘With weekends, it’s a 52-hour programme. We rotate on eight-hour shifts: morning, afternoon, night. We start on Friday night, after the last passenger train has been and gone, usually replacing 15 to 16 metres of track per night. It’s high-pressure and things can go wrong – machinery can fail, for example, and start leaking oil. I work on-site much less than I used to, but when I do, the hours can be tough. Your body gets confused about the food you’re eating; you end up having dinner for breakfast. And when you’re trying to see people who work normal hours, it can be isolating.

‘As you’d expect, as with any part of the construction industry, it’s fairly male-dominated. There’s a lot of testosterone going round. But since I began, I’ve seen lots more women joining. We’re still lacking managerial positions, but as this upward trend continues more women will enter those roles.

‘I know what we do causes inconvenience for people – I’m a tube user myself, so I know first-hand. But it’s better in the long run. For example, we’ve had to close the tracks between Baker Street and Finchley Road to fix a drainage problem – rainfall kept causing signal failures. If we hadn’t, there would only be more signal failures. And when it’s over, it’s nice to reflect on a day and know that you’ve made a difference.’ 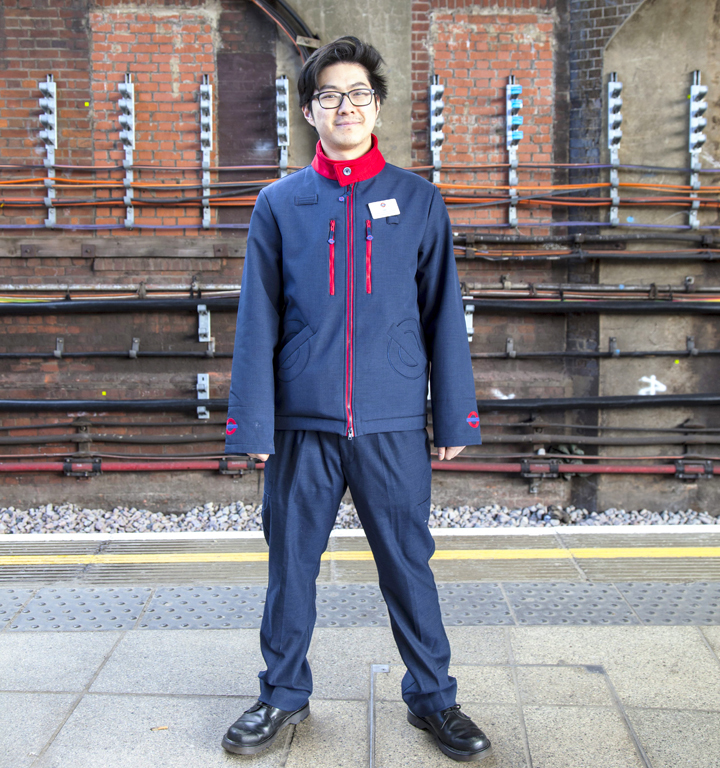 'I think it was the one-liners that did it. A few months ago, I was working at Walthamstow station, encouraging people to reduce congestion by walking down the escalator’s left-hand side. I like to be positive, so I tried to make people smile, saying things like: “One small step for you is a giant leap for the person behind!” Or: “A journey of a thousand miles begins with a single step.” Silly things like that.

‘People started to laugh. So I developed it: giving high fives to people when they’d get off the escalator. I’d find things to say to keep people happy. For example, if it was a Thursday, I’d say: “Hang in there, guys! Only one more day until Friday!” One day I came up with the idea of the “Walthamflow”. When things ran smoothly, I started saying “That’s it, guys! Now you’re getting into the Walthamflow!”

‘People started posting about me in all the Walthamstow Facebook groups. Heart FM made me the winner of a competition it ran called Tube’s Got Talent. On my last day in Walthamstow, I even had people bring me boxes of chocolates. Not everyone liked me being positive, though. Someone handed me a letter saying it was “patronising, poisonous, meaningless and frustrating”. They’d actually taken the time to write a whole letter!

‘I’m working at Paddington at the moment, helping crowd flow as the Bakerloo line’s closed there. But I still get a lot of people going “You’re the guy from Walthamstow!” I’m really happy to see them again. I do miss them. It has been massively surprising. I don’t know how it’s come to this! I’ve always just tried to do the best job I can. I guess it goes to show: you can’t fault a smile.’ 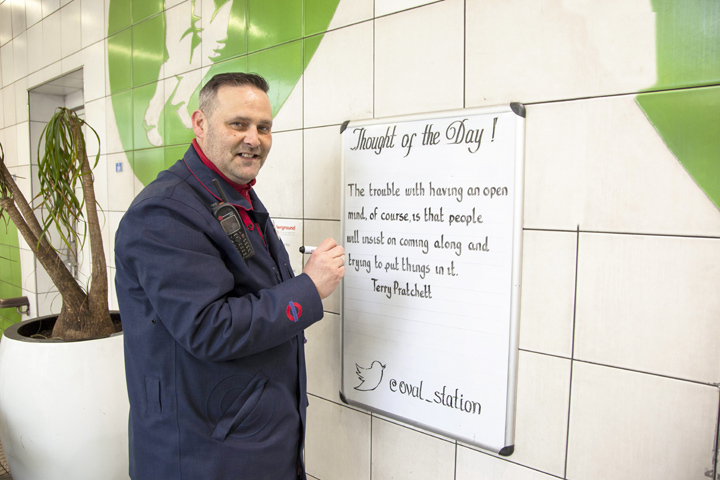 'Our thought of the day board at Oval station attracts so much attention. People are always stopping to take pictures – always telling us they love it. I even get a lot of compliments about my handwriting. Things like: “Oh, it’s you who wrote it! The writing’s so nice we thought it was a woman!” For me, that’s a big compliment because I think women have nicer handwriting than men.

‘I’ve been putting up quotes for eight years now. We were the first station to do it, but it really took off after the BBC put it on “The Tube”, its London Underground documentary. We started getting quotes posted in. I set up a Twitter account for Oval’s thought of the day and it got more than 10,000 followers. We even had people travel here from Gloucestershire after seeing it on the programme.

‘That’s the nicest thing: how much it lets you interact with customers. There was an elderly couple who’d always stop to look at the board and tell me they liked the quote. Then about four years ago, the man came in to tell me his wife had died. He doesn’t have any children. I imagine there aren’t many people he gets to talk to every day. But each morning, because of that board, he pops in here for a little chat. Now, if I don’t see him, I wonder where he is. It’s nice to know you’re giving something back. And it’s all because of a thought of the day. I’m very proud of it, I really am.’

Want to go deeper underground? Here are 25 things you didn't know about the tube.

In other tube news, the night tube start date has been announced