This festival is a celebration of all modern French cinema has to offer, from high-profile titles like ‘Diary of a Chambermaid’ starring Bond actress Léa Seydoux to intimate dramas like award-winning gypsy story ‘Wild Life’. But our top pick is the latest from ‘Eternal Sunshine’ director Michel Gondry, a winsome coming-of-age tale that makes the most of his talents. Two teen misfits run away from home by building a small house, outfitting it with an engine and wheels, and sputtering away into the French countryside. It’s such a wonderful, touching film because it remembers the urgency of wanting to get older without growing up. 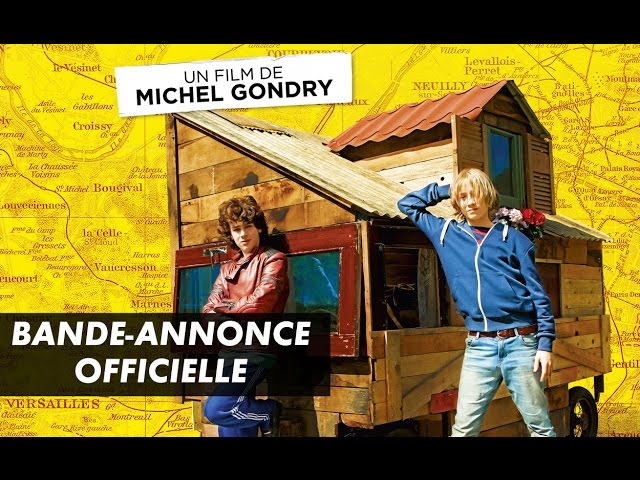 This ace new film club offers up Penelope Spheeris’s grimy doc about the short-lived LA punk scene, plus DJs playing raucous tunes in the bar. Spheeris was keen neither to bury nor to champion the movement. If that meant throwing the appalling bands in with the talented, and the dodo interviewees in with the perceptive, then so be it. Hence, of the seven bands featured heavily, one can be grateful for the lasting hardcore beatings of X, the all-or-nothing mania of Germs singer Darby Crash, and the hugely insulting spewings of John Belushi's fave Fear. Valuable rock history with some great noise.

Another sprawling programme of films from Israel, the US and all points in-between. Our strong recommendation is Cannes prize-winning drama ‘Son of Saul’, an Auschwitz-set drama that's numbing, provocative and impossible to unsee. Set over 24 hours in 1944, the film almost chains itself to its lead character, a member of the Sonderkommando – the unit of mostly Jewish prisoners forced to assist their captors with mass execution. This is cinema at its most powerful, artful and stimulating, sticking pointedly close to the experience of one disturbed soul among thousands.

Check out this awesomely odd entry in the Chinese ‘hopping vampire’ genre, preceded by a host of live cabaret performances. When a Chinese family is menaced by zombies, they discover that the thing the creatures really hate is sticky rice, and that by holding your breath it's possible to stop the fiends in their tracks. How all this newfound knowledge filters into the narrative is wild, funny, and more than a little strange.

Remember, remember… It’s the perfect night to watch this Wachowski-produced take on Alan Moore’s savagely political graphic novel, a source text for activists and hackers the world over. (If you’ve ever wondered why they all wear Guy Fawkes masks, here’s your answer). Quite how the Wachowskis persuaded Warner Bros to bankroll a dystopian anti-Bush onslaught where the bomb-toting good guys cherish the banned Koran and the baddies are the government remains unexplained. But with strong performances and a rocketing pace, it’s a fun watch.