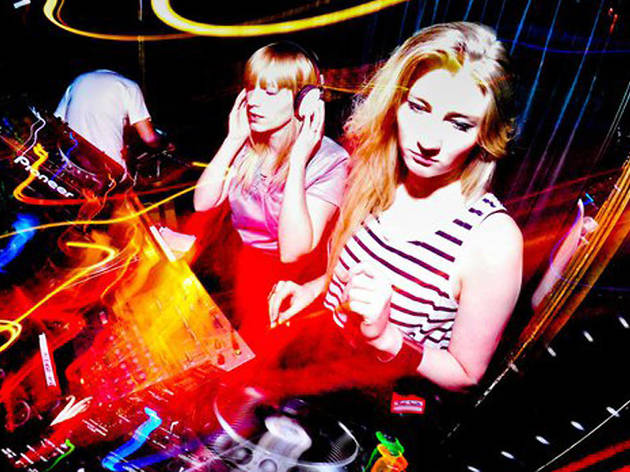 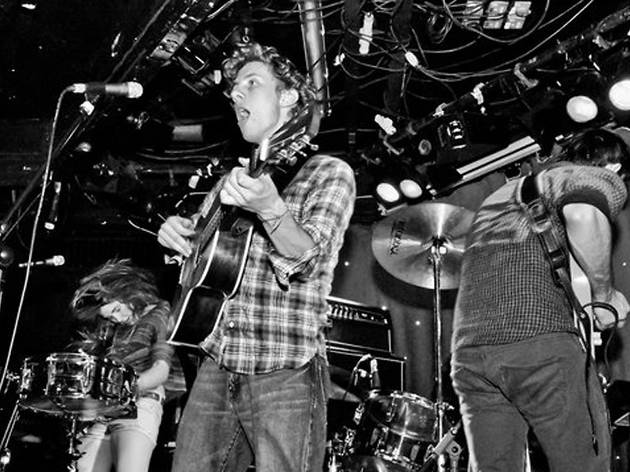 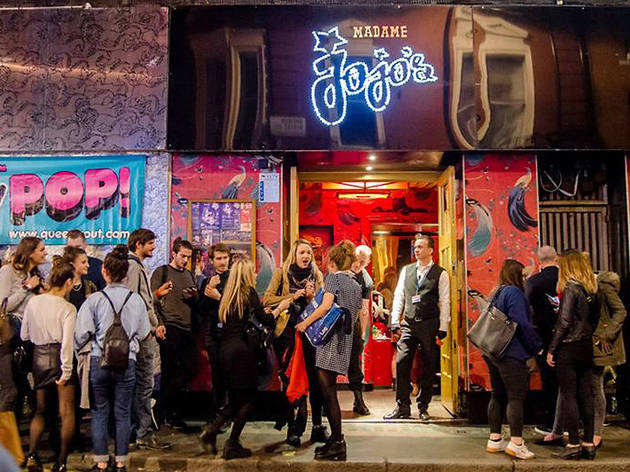 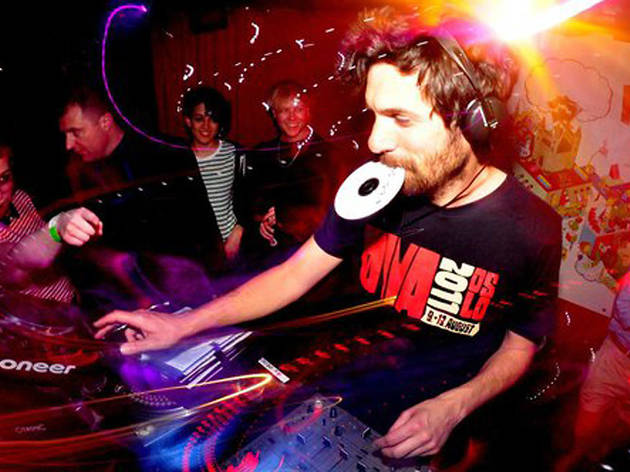 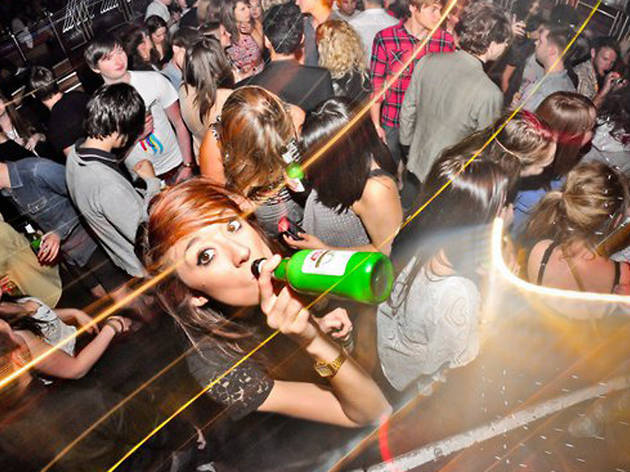 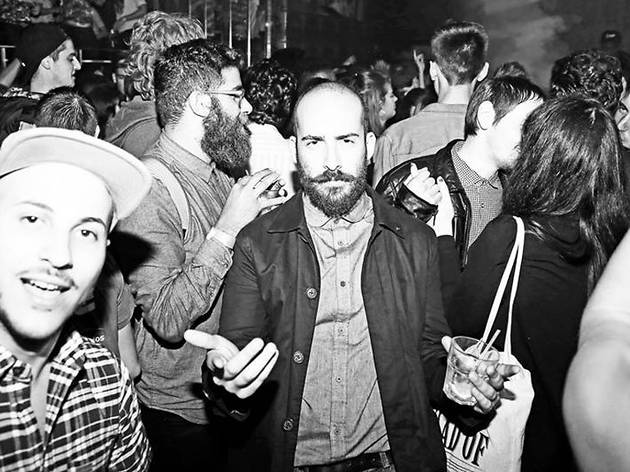 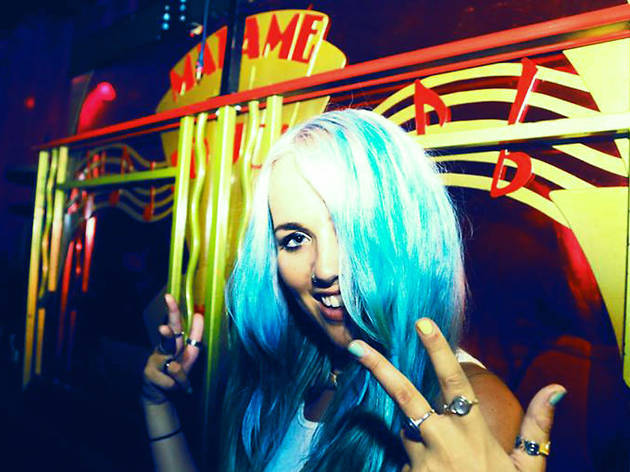 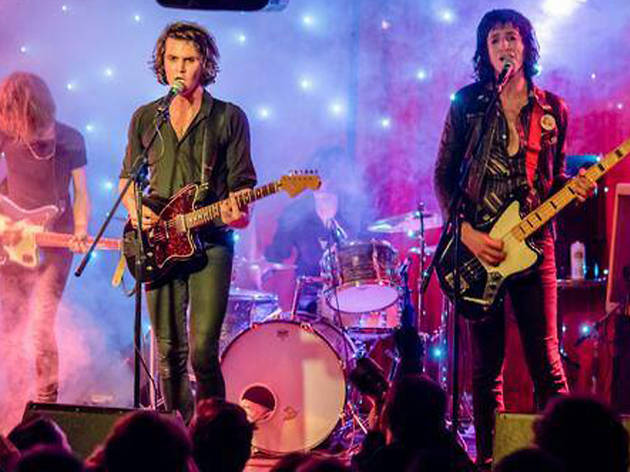 Everyone who ever stumbled down the stairs at Madame Jojo’s on a Tuesday night has a ‘this one time at White Heat…’ story. The night became legendary for hosting live acts (The XX, Adele and Lorde among them) just before they became superstars, and for transforming seamlessly from gig to disco as soon as the last band had played. It was crucial to London’s music and club scenes: one of the very last great nights out in Soho.

But last week we found out that Jojo’s, which has been a celebrated fun palace since the ’60s, had lost its licence. The official reason is a violent fight between the venue’s bouncers and a member of the public, but it’s hard to ignore the fact that Westminster Council have approved a planning application to turn the site into yet another blandly ugly row of shops.

As well as the loss to the gay and cabaret scenes in London, its closure means the end of almost a decade of weekly White Heat nights at the venue. We spoke to the night’s resident DJs and promoters, Matty Hall and Marcus Harris, about White Heat’s past and future.

Do you see a pattern in the recent closures of venues, including Jojo’s and Buffalo Bar?
Marcus: ‘We’re being robbed of our cultural heritage right now. The sheer number of venue closures in the last five years is unbelievable: so much has been taken in the name of regeneration. Regeneration for who? Islington has more than enough wine bars – it doesn’t need another one, and definitely not at the expense of something as precious as the Buffalo Bar. It’s cultural sanitisation and a hatred of independence. I find it really upsetting.’

But what can London clubbers and gig-goers do to stop that trend?
Marcus: ‘In the case of the Buffalo Bar, local MP Emily Thornberry has stepped in to try and put some weight behind a petition to prevent the eviction. It might work. She’s not the most popular person right now, but the people of her constituency are lucky to have an MP who would even touch that. And one thing that anyone who likes music can do is just get out and see a band. People are listening to more music than ever before, but they’re not experiencing it. A massive part of music has always been the community, and that’s more needed now than ever.’

How has White Heat changed since 2005?
Marcus: ‘When we started we were a punk night, then an indie night, then an electro night and now we’re sort of a mutant disco/house night. Music is always in a state of flux, and if you run a night you have to be a part of that change – and perhaps there’s an element of nights like White Heat guiding it.’

‘Madame Jojo’s was a weird place, and what we did really chimed with that’


And how has the London club scene changed?
Marcus: ‘Everything has changed! Most of the venues that were around when we started simply don’t exist any more. Club nights will always come and go, but it was sad to see nights like Trash and Durrr disappear – they were the nights that influenced us. There’s also been the massive shift from bands to DJs: people definitely don’t seem to like spending as much of their money on seeing bands.’

How did you first end up running an indie night in a cabaret bar in Soho?
Matty: ‘Soho was a no-brainer back then. Nowadays you’d start a clubnight somewhere east, because that’s where people are used to going out – back then it was Soho. We’d been running White Heat in Mayfair since 2003, but we had to move and Jojo’s seemed the obvious choice. I think the first show was The Long Blondes on April 19 2005.’

What made Madame Jojo’s the right venue?
Marcus: ‘It was such a beautifully sleazy space, and I think that fit perfectly with White Heat’s Tuesday-night hedonistic “fuck the rest of the week” attitude. I also think that venue gave us the freedom to experiment musically: it was a weird place and what we did really chimed with that.’

What was the best live show you put on at the venue?
Marcus: ‘One night a hen party wandered into White Heat whilst Zebra Katz was playing. He demanded a chair for the bride-to-be, sat her down in the middle of the dancefloor and proceeded to give her a lap dance whilst rapping through the rest of his set.’

And the biggest night?
Marcus: ‘Cyril Hahn. The club was completely full and there was a roadblock outside to get in. The venue erupted when he started playing: all you could see was faces and arms tangled together in euphoria.’

Do any punters particularly stick in your memory?
Marcus: ‘There used to be a cyber goth known as “White Heat Dancing Guy”, who would come down every Tuesday and do raunchy stripper dancing above the dancefloor. After about five years of this, he suggested we start paying him. I think he eventually got barred, but I don’t think he’d have been there at all if we were at any other venue.’

Will White Heat continue somewhere else?
Marcus: ‘We’ve been doing this for over ten years. Unless all the bands stop playing in London or one of us goes deaf, I can’t see us stopping any time soon. White Heat has been there for me my whole adult life – it means everything to me to keep it going.’