Terry Gilliam interview: ‘We could do crap better than anyone else’

You hit the headlines recently when you said you found it ‘depressing’ that Monty Python are getting back together and that you had ‘sold out’.
‘“We sold out in 43 seconds” is what I actually said! There are different ways of selling out. For me, Python was quite a long time ago, and it’s weird to suddenly go back 40 years. On one hand it’s very nice, on the other it’s kind of depressing because I forget what have I done in the intervening years! It’s like time stood still. I never left Python. I thought I’d got quite a long way away from it, but not really. You can never escape your family.’

Indeed, you’ve said that Python are ‘family more than friends’.
‘We’re family in the sense that you feud with the family. But because we spend less time together, when we do get together we seem to be very lovey. Every time there’s a business meeting where we’ve got to get together it’s great: it’s a family reunion. And then we go our separate ways. We actually get on very nicely now, much better than we did.’

Have there been moments in the past that you thought Python might not recover from?
‘There were some. Like the last series, where John wasn’t there. I think John definitely wanted to get away sooner than everybody else. But what I was really proud of is that when we were getting repetitive or less surprising, we pulled the plug, and that was great.’

Michael Palin said recently that he thought a lot of Monty Python was ‘crap’. Do you agree?
‘I think that was our genius: we could do crap better than anybody else, and get away with it! I liked the fact that the shows were uneven. They weren’t slick, with all the weaknesses ironed out. They were flawed, but there was something interesting in that.’

The BBC gave you a lot of freedom when you made ‘Flying Circus’. Do you think it could have been made today?
‘I doubt it. The system is so executive-heavy now: there’s an army of compliance cops. Everything has to be pre-digested for the nation by frightened executives who don’t want to lose their jobs. For creative people it’s very, very destructive.’

So, why are Monty Python reforming?
‘The sad thing is it’s very mundane. We had a court case that hit us financially, so we needed some money. Eric has been pushing for something like this for years – in fact, I think he had the script already written – and it seemed to be the answer. Go and fill up the coffers by getting back together again! It wasn’t like we’re all desperate to work together, but it happened very quickly, and once we decided to go for it the chemistry starts working again.’

I hear your wife wasn’t too keen on you reuniting.
‘No. She said, “Oh, come on, what do you think you’re doing?” All it shows is we don’t listen to our wives. And John pays his!’

Well, yes, John Cleese has his alimony and Terry Jones has his mortgage. What are you going to spend your share of the money on?
‘[Laughs] A coffin. A really nice one. John and Terry were the ones who seemed to have a greater financial need than Mike or Eric.’

Do you worry about the shows diluting the Python legacy?
‘We all worry about that. The less you do as the years pass the more the legend grows. In our minds Python is not as great, as legendary, as obviously a lot of fans feel.’

They do indeed. The fact that one night at the O2 has turned into ten proves that.
‘We actually talked about the fact that that’s an awful lot of work: “Are we going to make it?” With the last one being filmed, we might end up doing a homage to Tommy Cooper and dying on stage!’

The shows will have your trademark visuals. Will you also be performing more than you used to?
‘I’m going to have to do more on stage because Graham is no longer there. I have to do something that Mike used to do at one point, and that’s what really frightens me: following in Mike’s shoes. I find that an impossibility, because I think he’s extraordinary. It’ll be interesting to see some of the old material done in different combinations.’

What do you think Graham would have thought of all this?
‘We never knew what he was thinking half the time. Graham was a classic pipe smoker: he always looked very wise and knowledgeable and thoughtful, and I’m not sure if that was [what was] going on in his head or just blind panic.’

Which sketch are you most looking forward to performing?
‘The sad thing is the “Most Awful Family in Britain” sketch isn’t going to be in there. I always enjoyed asking for more beans and just being completely vile. I’m excited about the “Comedy Lecture”, with the planks and custard pies, that’s always good fun. And I do like being shot by John when I’m singing my one and only composition, “I’ve Got Two Legs”. Dangling from the roof of the O2, that’ll be fun.’

This is the last time you’ll be performing together. Is it going to be an emotional finale?
‘It might just be a relief that we’re all still standing at the end of it – emotional in that sense: that there have been no deaths in the ten days!’

Is this really the end?
‘Well, I think we called our last tour “Monty Python’s Final Tour”. So I would never trust anything from Python…’

‘The Last Night of the Pythons’ will be broadcast live to cinemas on Jul 20. 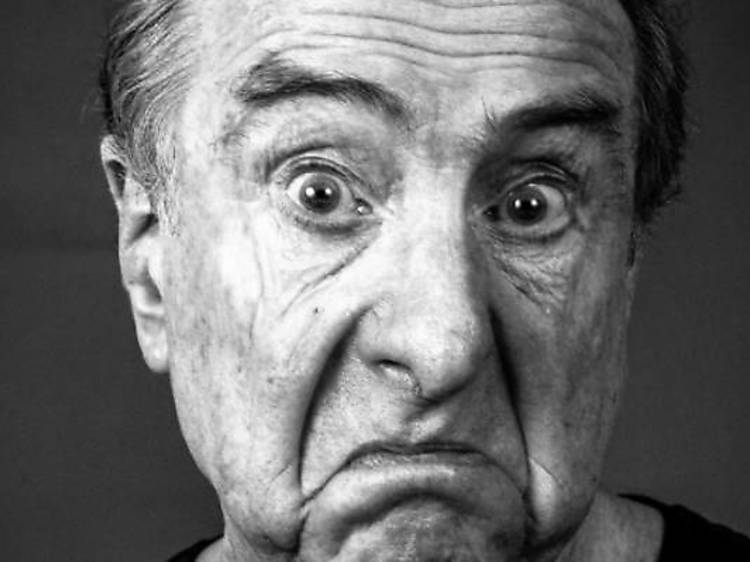 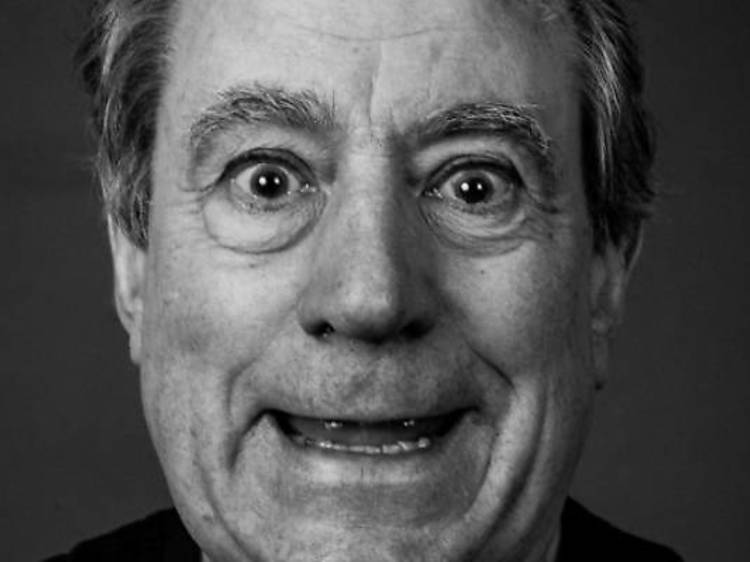 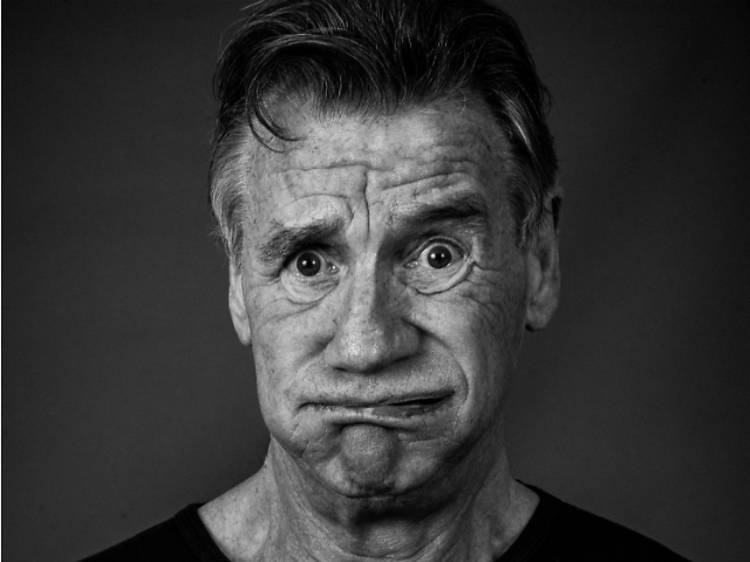