Standing in the cavernous main hall of the Cinema Museum, an Aladdin’s cave of movie treasures nestled just round the back of Elephant & Castle, I’m struck by a huge sculpture of Charlie Chaplin in silhouette. It stands between rows of old cinema seats and one of those olde-worlde cafés that looks like it’d do a killer flapjack. Forget the Little Tramp, this guy is enormous. A swish of his cane could knock you clean across Kennington. It’s one of many visual reminders that, 120 years ago, the real Chaplin lived here. It was a poorhouse back then and when his singer mother lost her voice and couldn’t support the family, she moved him and his brother Sydney in.

This Victorian building stores much happier memories now, along with an absolute trove of memorabilia from cinema’s glory days of the ’30, ’40s and ’50s, when people would go to the pictures three or four times a week. It draws 15,000 visitors a year from as far away as South America and India. In May, it won a Time Out Love London award, pipping the Tate Modern to claim the city’s Most Loved Local Culture Spot. ‘People fall in love with the place,’ co-founder Martin Humphries tells me as the tunes of ’30s crooner Al Bowlly drift atmospherically from the Tannoy. ‘I’ve never been to another museum [like it].’ Regular screenings of old movies make it a haven for cinephiles. 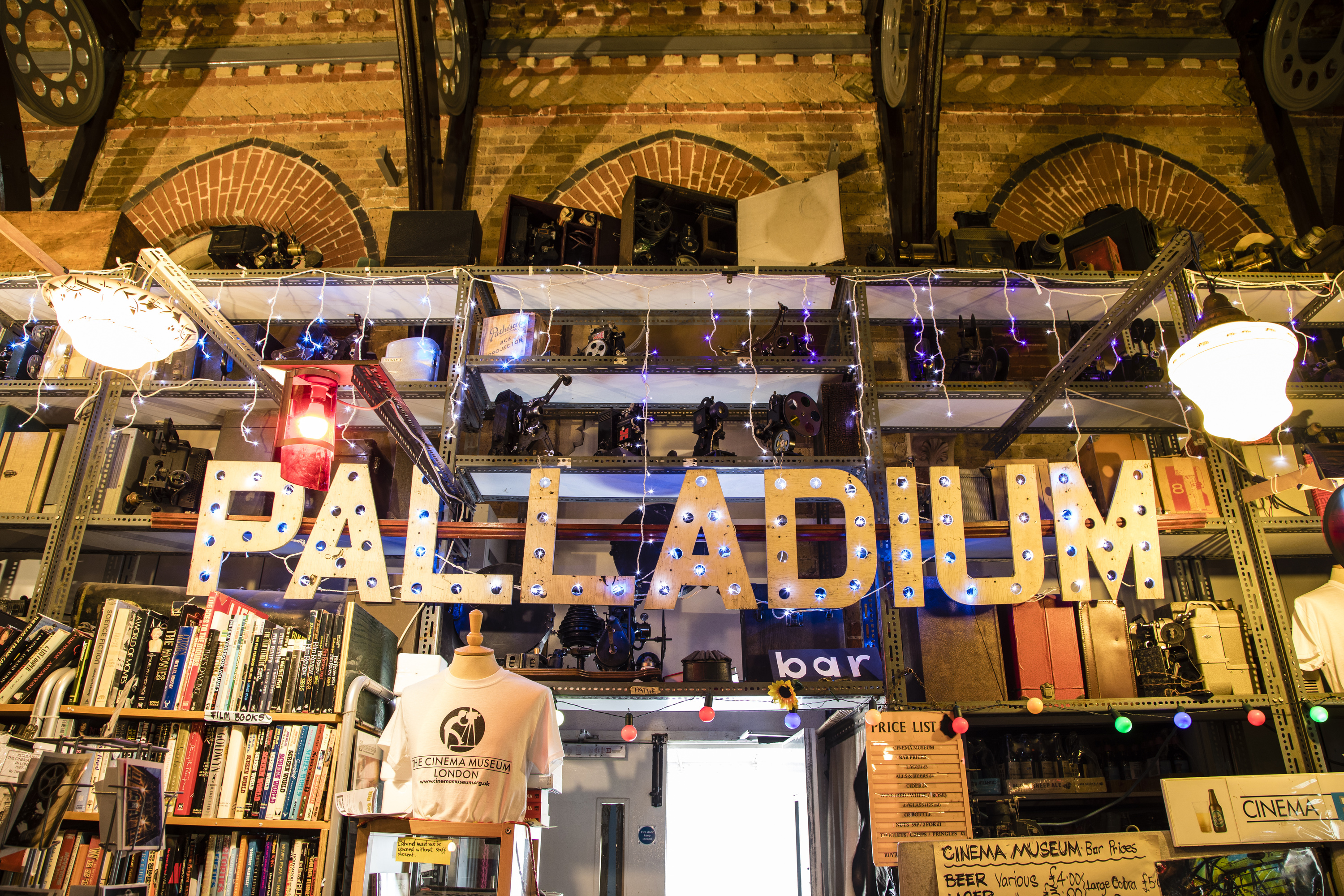 Even if your taste is more popcorn blockbusters and fancy multiplexes, it’s impossible not to be seduced by a place this evocative of a bygone age. There’s old posters of Edward G Robinson gangster flicks on the wall, vintage ushers’ uniforms on display and huge cinema projectors dotted around, the oldest of which dates all the way back to 1910. When Humphries and museum co-founder Ronald Grant, once a projectionist himself, first set it up in 1984, it was in Brixton. When they moved here in 1998, it was a hospital out-building filled with Zimmer frames. The walking aids are gone and the collection has swelled and swelled. ‘We can’t say no,’ says Humphries. ‘We once got a call from someone who said they were standing next to a skip full of Bollywood posters. They’re now in our collection.’ 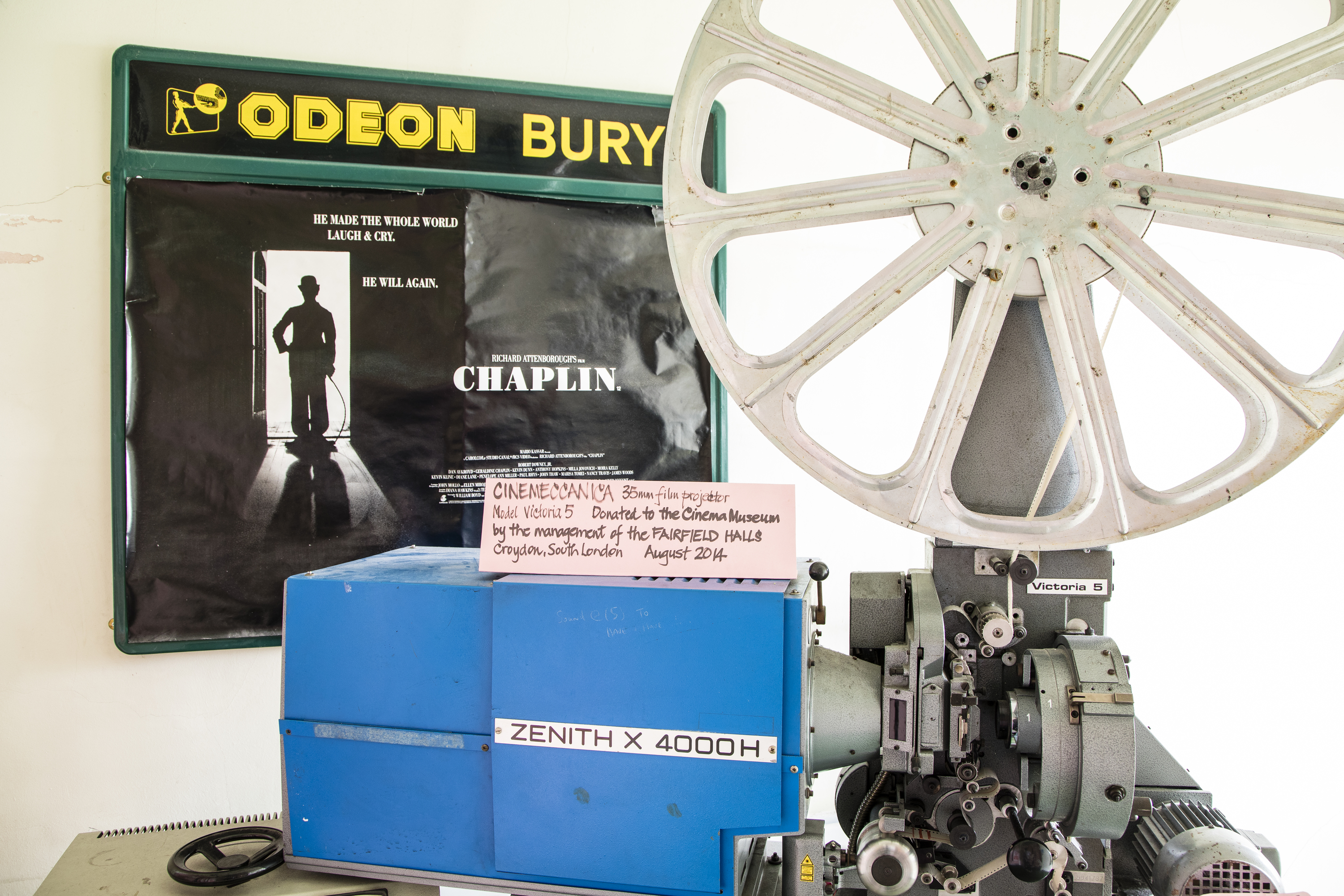 Like a pair of movie-loving Wombles, they scavenged in old picture palaces during the pre-multiplex 1970s when high-street cinemas were struggling to stay afloat. ‘Cinemas were being demolished but we discovered that if you gave the demolition men beer money, they’d let you in for an hour or so.’ Those five years spent rescuing velvet cinema seats, projectors, admission boards, carpets and art deco goodies yielded a collection that’s since been added to with 75,000 posters, thousands of books and more than a million film stills. Oh, and four crates of Charlton Heston clobber. ‘We were given them by an obsessive fan,’ laughs Humphries.

‘People come here and fall in love with the museum’

But there’s a cloud on the horizon. In May, the building, once owned by an NHS trust, was bought by property developer Anthology. The threat of closure to make room for apartments is very real. Without a long-term lease (the current deal expires in 2020), the museum relies on the goodwill of volunteers and high-profile supporters (Simon Callow and Terry Gilliam among them). An online petition to save the museum has reached nearly 50,000 signatures.

So far, Anthology is making all the right noises about preserving this London gem in its quirky, kaleidoscopic home. ‘We recognise that this space is highly regarded by the local community,’ says executive director Adam Gaymer. ‘Heritage always remains central to our projects.’

While nothing is in writing yet, Humphries is optimistic about the museum’s future. ‘I can’t see there being somewhere else to recreate it, but my gut feeling is we’re going to be here for ever.’ The city’s cinema culture would be a whole lot poorer without it. Hill Valley had its clock tower; London has the Cinema Museum. Head to Kennington, step back in time and help save it.

Visit www.cinemamuseum.org.uk to sign the petition, for film screening times or to book a visit. Tours cost £10, £7 concs.

The 25 best cinemas in London 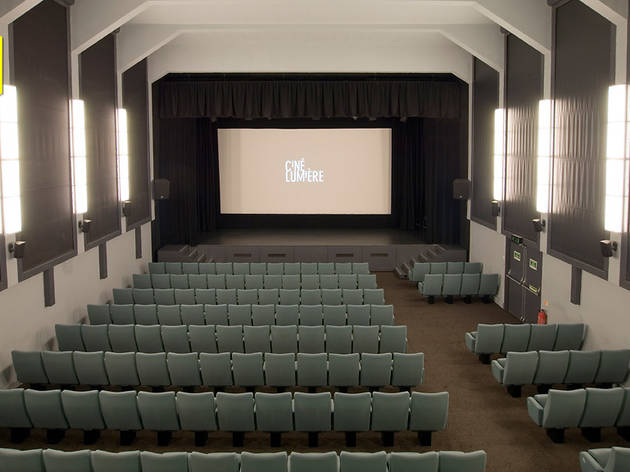 We asked Time Out readers to vote for our city’s loveliest, buzziest and friendliest local cinemas