My Account My Profile Sign out
My Account
Search
Worldwide Europe United Kingdom England London Sharon Horgan: 'I’ve got a romantic view of London. I find it difficult to leave'
Advertising

‘I suppose I do quite like a drink,’ concedes Sharon Horgan, one of the UK’s most successful comedy writers and one of our funniest actors. I’m trying to join the dots between Sharon Horgan, the massive success, and ‘Sharon’, the massive fuck-up – and brilliant comedy alter-ego – that she plays in her hit Hackney-set sitcom ‘Catastrophe’. I’m struggling.

If you’ve missed out so far, ‘Catastrophe’ is a devastatingly well-observed, wickedly funny, phenomenally rude series in which irresponsible couple Sharon and Rob (played by her co-writer, the US comic Rob Delaney) lurch from crisis to crisis. Season three, which kicks off on Channel 4 this week, marks the final role of the late, great Carrie Fisher as Rob's horrifying mother.

With Sharon and Rob’s relationship in tatters, the first episode of the third season of ‘Catastrophe’ is about as bleak as a sitcom gets – is it still fun to write stuff like that?
‘Oh no! It’s more about figuring how to make it funny; how do we have an entire episode when you have the fallout from something shitty happening and still make people laugh?’

All of your shows are about parenthood, divorce and midlife crises – you literally did a three-part C4 documentary series (‘Sharon Horgan On...’) on parenthood, divorce and midlife crises – is it an obsession?
‘It’s really that there’s not much else going on in my life; I’m a mother and a wife and those are the things going on around me. If I was yachting around the world I’d write about that.’

Do you still go out a lot?
‘It depends on the week – sometimes I’m just very boring; sometimes I revert back to how I was in my twenties and thirties and go out around Hackney like a mental woman. I feel like I haven’t fully 100 percent settled into being a 46-year-old mother of two, I just need to watch that it doesn’t get to a point where it’s tragic.’

‘A bit of me wishes I got my shit together earlier.’

Who do you go out with?
‘Old friends. Girls. I’ve got a group of really good mum friends who need to let off steam every so often. When I was doing "Divorce" in New York I didn’t really know that many people so at the end of the night I made my assistant go drinking with me. Americans don’t tend to drink as much as Brits or Irish people, but fortunately she could really put it away.’

Do you ever go out with Rob?
‘Rob doesn’t drink. I’ve got a lot of friends who don’t drink. Dennis [Kelly] doesn’t drink. And that’s really good, because when Dennis did drink we got nothing done. We would do an hour’s work and then say “Do you want to go to the pub?” So I’m really glad all my friends have become alcoholics [laughs]. I think what’s glorious is that I have as much of a laugh with Dennis now as I did before, it’s just finding a new sort of rhythm.’

You are an incredibly successful TV person, so how come you haven’t run off to LA?
‘I love it there and I definitely think I’d be healthier out there, but I’d miss the London people, they’re all just brilliant arseholes.’

As a long-term resident how do you feel about the gentrification of Hackney?
‘I’ve lived here for 13 years. I was born here; I started out a Hackney girl before I moved to Ireland, so it always feels like home. But there is a feeling that one day it might be like a Disney version of Hackney when there are still pubs that look like Hackney pubs but they won’t really be Hackney pubs. I’ve got a romantic view of London as a whole: that’s why I find it really difficult to leave. I think I might be stuck here for ever.’

Do you let your eldest watch ‘Catastrophe’?
‘Not really. I let her watch a bit of it, like if I think there’s a funny bit she’d like that hasn’t got extreme sexual content or something that’s going to bring her down. She’s interested in what I do, I just cherrypick a bit. I don’t want to watch her watch me have [quietly] sex.’

There are some pretty, erm, undignified sex scenes in it – why inflict those on yourself?
‘The thing is we don’t really think about that when we’re writing it, we purely have our writer and producer hats on. And when we come to shoot it we’re always like “Why did we write that?” Always.’

I was surprised Carrie Fisher wasn’t in either of the first two episodes of the new series…
‘She’s only in one episode, the last one, but it’s a big role, more than in any of the other episodes. We thought of something that would really work for that mother character. Because she can’t just pop in: she lives in Boston. We have a great storyline for her. We haven’t got to editing it yet; it’s going to be hard for all the obvious reasons, but it’s a really amazing performance. I hope it’s a fitting episode.’ 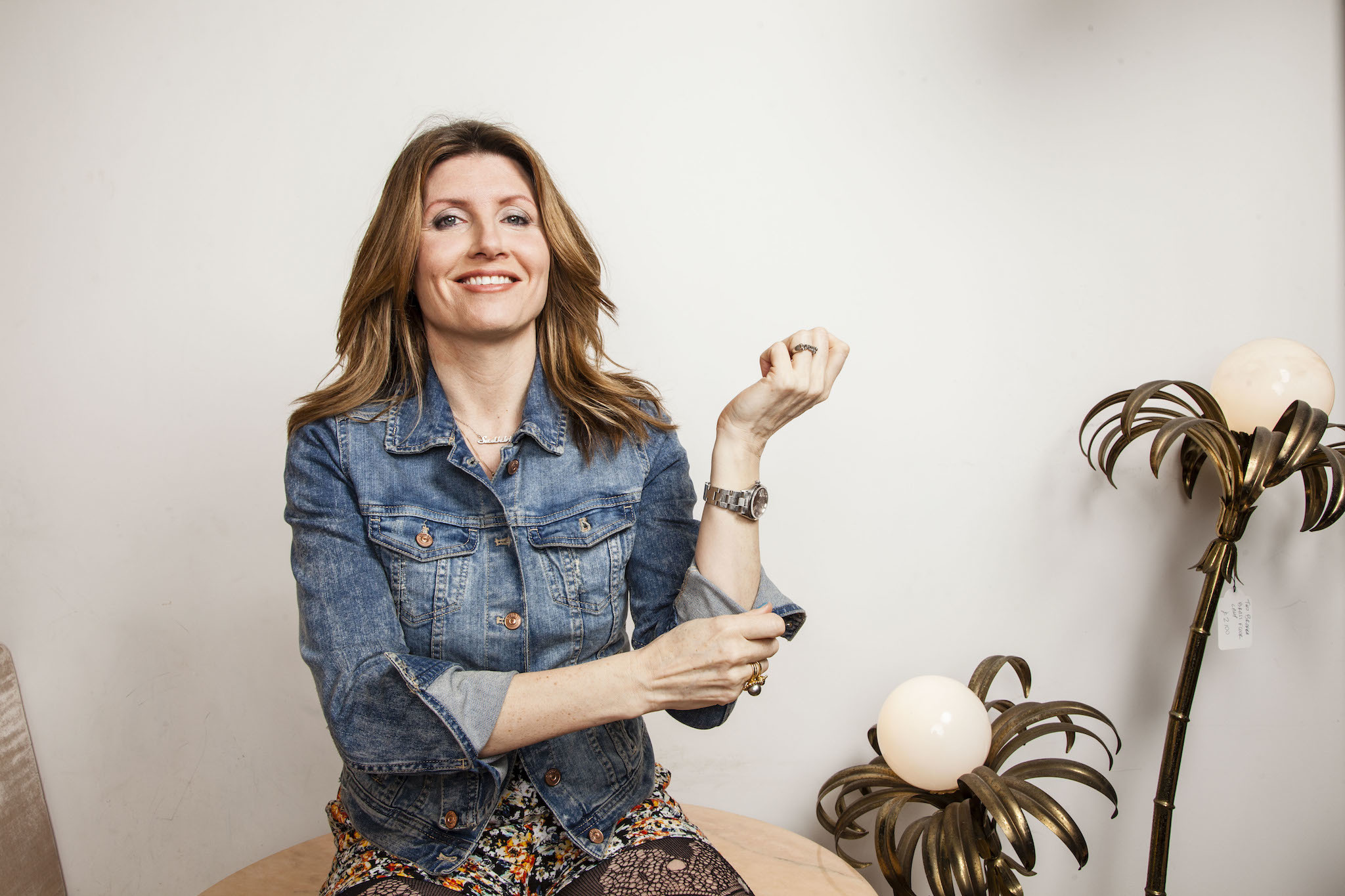 You wrote a tribute to her for the Guardian shortly after her death – was that cathartic?
‘Yeah, it was in a way. I dropped my phone in the toilet on December 27 [the day that Fisher died] and it had a lot of texts from her that I lost. So when I lost the phone I thought: Shit, those messages were kind of what I had of her, I need to write something down now while I remember it.’

Seeing her re-emerge into the spotlight in her last years, she almost felt more like a ‘Catastrophe’ person than a ‘Star Wars’ person.
‘Yeah. She got why people were fascinated by her and she got why she was Hollywood royalty. But at the same time the wit of the lady who wrote those books and wanted to do funny roles in movies and TV… I think the Princess Leia part was just a very small part of her film life that ended up being everything, really, and maybe she didn’t love that.’

Do you wish you’d had greater success at a younger age yourself?
‘I think it’s probably good that things happen a bit later and you’re more grateful for the situation because you’ve spent a decade-and-a-bit getting towards the point where you’re doing what you want to do. But at the same time there is a bit of me that wishes I’d got my shit together earlier.’

You’ve been commissioned to do a fourth series of ‘Catastrophe’ already – do you have a master plan for its future?
‘We don’t know, really. We have this sort of romantic idea that we’ll try and do a sort of Richard Linklater thing on it and keep picking up a few years down the road. I’m kind of in love with that idea.’ 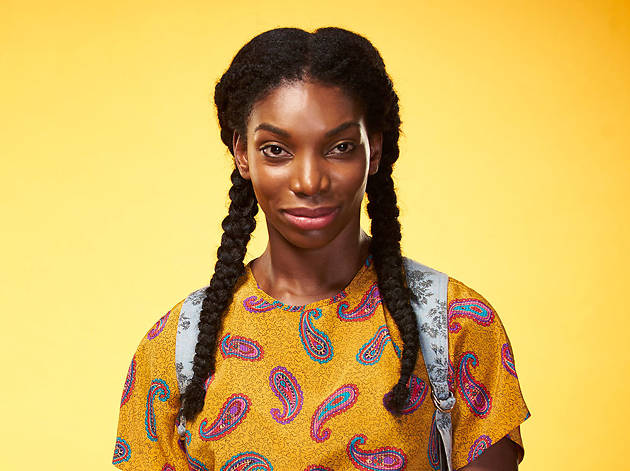