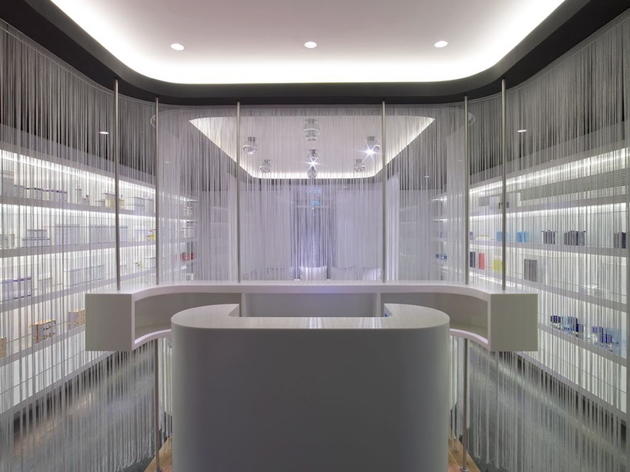 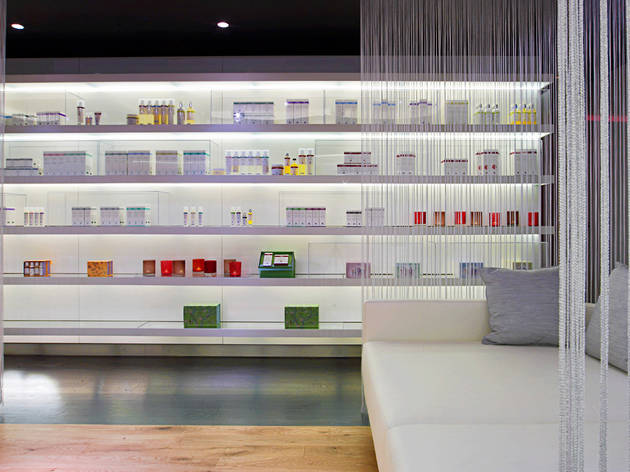 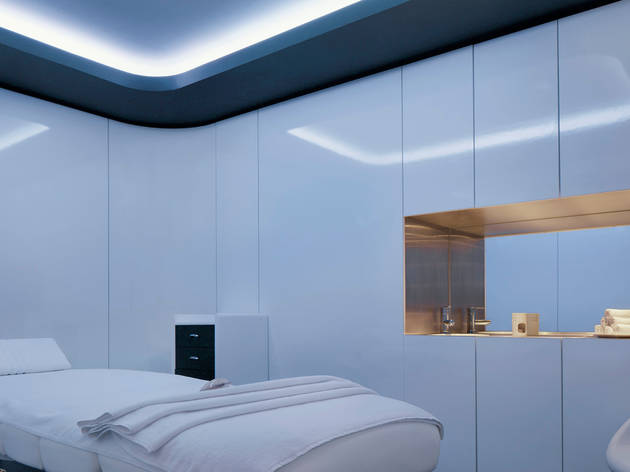 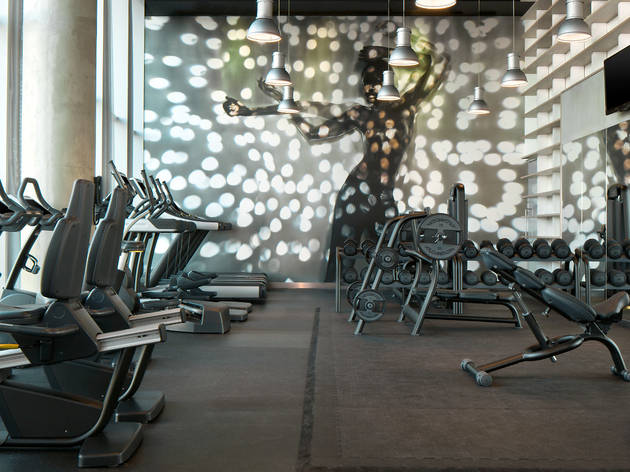 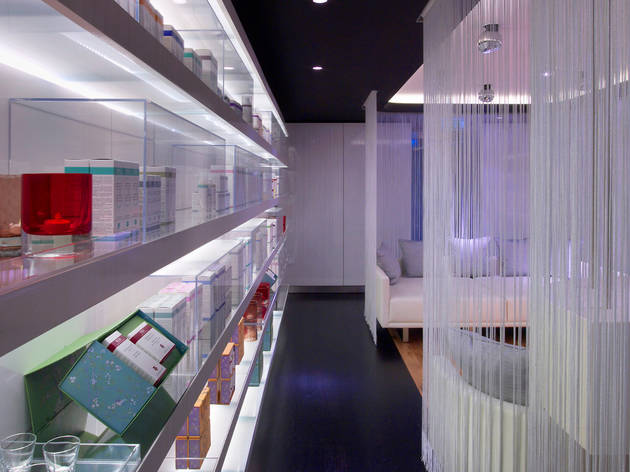 BEST FOR: Big name therapists
Located on the sixth floor of the W Hotel, the ultra modern Away Spa overlooks bustling Leicester Square, where tourists scramble to enter M&M World and where Londoners regret not getting off the Tube at Tottenham Court Road instead.
Open to the hotel's residents and to visitors with a bigger-than-average budget to spend on a little 'me time', the dinky Away Spa isn't a destination for a full day of lazing around, it's somewhere to indulge in a five-star treatment and then a quick sweat session. Sandwiched between two dark corridors of hotel rooms, the sleek reception-come-lounge area, which stems five stylish treatment rooms, is filled with scented candles and pale leather sofas shrouded with white drapes. Beyond this, there is both a small steam room and sauna, and a handful of changing rooms. There's a light and airy gym next door too, but with David Guetta blaring out of the speakers, it's no place to channel relaxing vibes.
Away Spa offers a wide range of therapies including massage (such as deep tissue, bamboo and hot stone), Elemis and REN facials, and signature treatments such as the Chocolate Facial and Body package (£220), which invloves the use of 100% cocoa products – yes, that is as delectable as it sounds. However it's their celebrity therapists that are the spa's prime offerings. The likes of Su Man, one of the globe's most sought-after facialists, and James Harknett, tanning expert to the rich and famous, provide their stellar skills to those wanting a million dollar service. Sure, the prices aren't quite a million dollars but they aren't cheap – a bespoke facial with Su Man is £200 for 60 minutes.
If you've got a few hours to spare and few pounds to spend (ok, quite a lot of pounds), head up to the Away Spa for a spot of downtime amongst the chaos of central London. Just remember to avoid Leicester Square station on your way home – your positive aura won't make it past the ticket barriers.
Facials and massages start at £40 for 25 minutes, celebrity therapist prices are dependent on treatment.