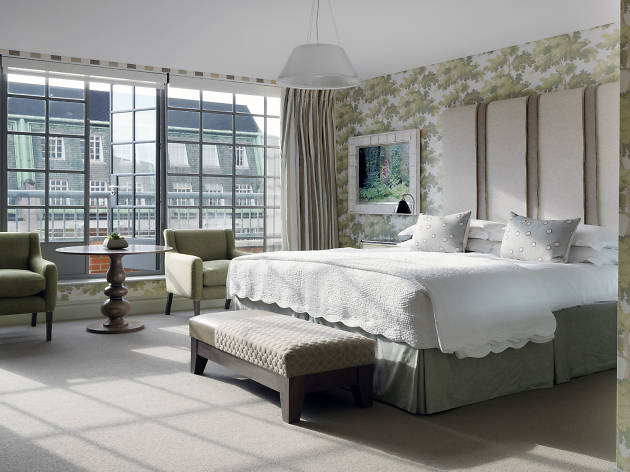 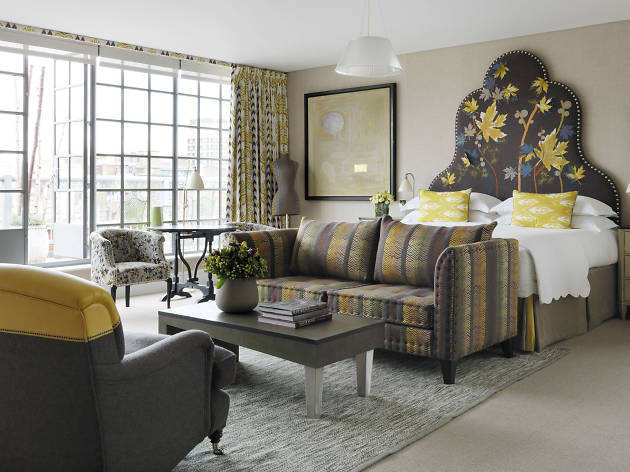 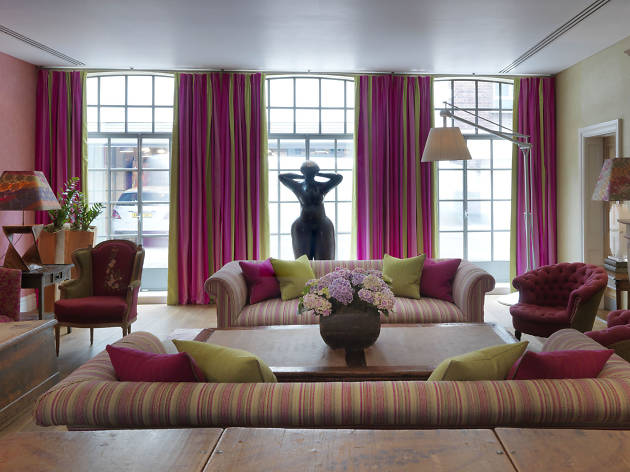 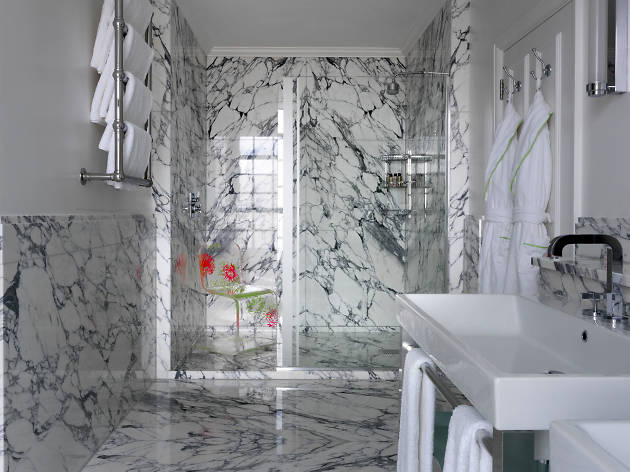 Bold claim alert: this just might be the best-located hotel in London. Soho has the city’s highest concentration of brilliant bars, red-hot restaurants, unique boutiques plus a whole lot more, and the Firmdale group’s Soho Hotel couldn’t be more in the middle of it if it tried.

No need to pack earplugs, though – even staying in a street-facing room on a Friday night, we heard not a murmur of the revelry outside. Either London’s party animals had collectively decided to have a night off, or the hotel has invested some serious dosh in soundproofing. The only disturbance was the steel-on-steel clang of ongoing construction work for Crossrail the next morning.

For those intimidated by the breadth of choice outside, in-house bar-restaurant Refuel (a horribly cheap-sounding name for a hotel restaurant, but let’s not dwell) is a more-than-solid backup plan. Modern British dishes and pub classics come with a dash of fine-dining flair, service is the correct side of overbearing, and the cocktails are a strong match for those being shaken up at Soho’s best bars. After you’ve seen off the complimentary glass of champagne gifted to first-time guests, try their smooth and zingy Smokey Sour - a mix of mezcal, lemon juice, tea syrup and egg white.

Looks-wise, Soho Hotel is light on the razzle-dazzle of the five-star hotels in London. It’s still certainly far from shabby – from the giant obese cat sculpture by Colombia’s Fernando Botero in the lobby to shelves filled with vintage motor oil cans, art fills common areas and bedrooms, while furnishings are five-star plush and the all-marble bathrooms heavenly. It’s just that the overall vibe is casual enough that nobody’s going to give you a funny look if you pitch up for breakfast in tracksuit bottoms and slippers. And if you spent the previous evening enjoying the local nightlife, this is something you’ll be very glad of indeed.