In 2005 Phyllis Opoku-Gyimah, a political activist fondly known as Lady Phyll, loaded a group of queer black women on to two buses and took them to Southend-on-Sea for a weekend.
‘I was running an online networking group called BLUK (Black Lesbians in the UK),’ the Islington local says, ‘but decided I wanted to take things offline, and Southend was one of the few places we could afford to go.’

Known for her work fighting for the rights of civil service workers, she was unfazed by limited funding and the group made the weekend an unforgettable one. Volleyball, barrels of rum punch, a jerk pan and turntables all featured heavily.

Fast-forward 14 years and that trip has grown into Europe’s largest annual celebration for LGBTQ+ people of African, Asian, Caribbean, Middle Eastern and Latin American descent: UK Black Pride. This Sunday the festival will take over Hackney’s Haggerston Park for the first time. More than 6,000 people are expected to attend.

Despite the transformation, the purpose of Black Pride has remained the same since its origin. For Lady Phyll, it came about for two reasons. Firstly, not being able to see herself or her community in the wider Pride movement. Secondly, the lack of acknowledgment by the LGBTQ+ community that black queer people deal with racism as well as homophobia. Even in the face of a 2018 Stonewall report finding that 51 percent of black LGBTQ+ people have experienced discrimination or poor treatment from others in their local LGBTQ+ community because of their ethnicity.

‘I’m seen as a black woman before anyone knows anything about my sexuality,’ Lady Phyll notes. ‘So creating this space was about being able to be present, visible and empowered with people who could understand your struggle.’

One of those people is Skye Chirape. The 38-year-old activist and academic attended the Black Pride in Southend-on-Sea. She remembers the trip fondly, particularly as it was during a time when she wasn’t sure of her own sexual identity and was finding her feet as a Zimbabwean refugee in London. ‘It was the first time at a Pride event when I felt like I didn’t have to hide any part of me. I could be fully Zimbabwean, African, black and confused – and it just felt like home. I was surrounded by all these black LGBTQ+ folk who understood the traumas I was bringing.’

That first weekend showed just how important it was to feel able to celebrate being LGBTQ+ and black at the same time. It wasn’t long before Lady Phyll took the idea of a ‘Black Pride’ to LGBTQ+ mainstream organisations. ‘We were told to get lost and that there didn’t need to be a Black Pride when we could “just join the normal Pride”.’ Being told ‘no’ didn’t deter the growing UK Black Pride team, who decided to raise their own money to bring together the things they wanted to see in a festival. The first official UK Black Pride took place in Regent’s Park in 2007.
Since then the event has grown into one of the biggest calendar dates for all those who make up the Black British LGBTQ+ community. While it’s free and open for all to attend, UK Black Pride is uncompromisingly dedicated to platforming and celebrating black and brown LGBTQ+ people. Last year’s festival saw several stages sprawled across Vauxhall Pleasure Gardens in south London, offering poetry, activities, sports and comedy. This year the team promise eclectic performances, panel discussions and MNEK headlining. 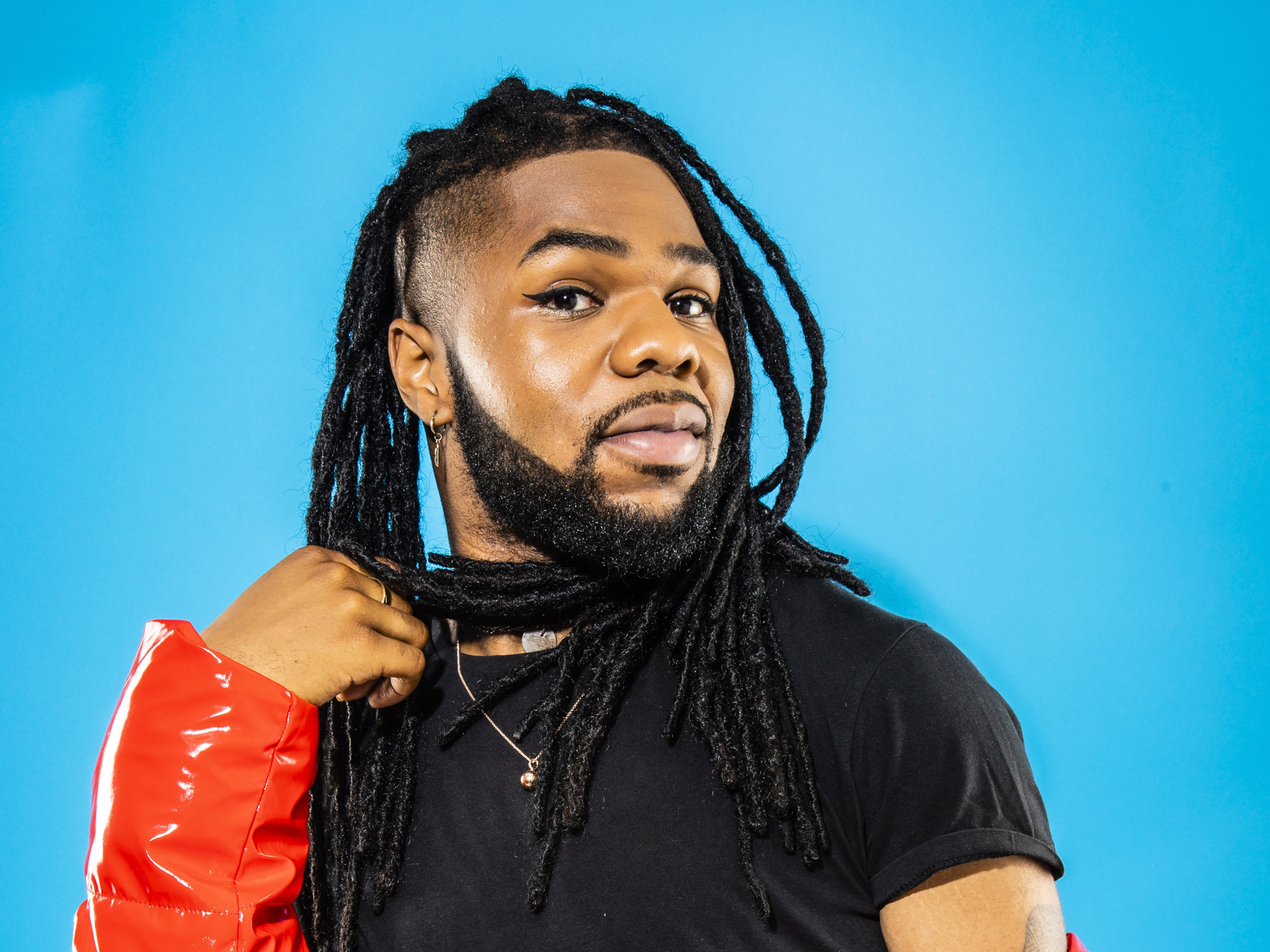 ‘I knew when we went to Southend that we were going to have a great time,’ says Lady Phyll, ‘but when I think about how it’s grown, sometimes I pinch myself, or cry, or both.’

It’s not just the Black Pride fest that’s grown. The team has expanded to almost 30 strong, all committed to organising activities throughout the year, as well as the annual main event.

Attitudes within the community have shifted too. ‘When we started in 2005, we weren’t using terms like “queer”. Now, we use “queer”, “non-binary”, “gender non-conforming”, “pansexual” and more,’ says Lady Phyll. ‘We’ve got a new generation of people who don’t want to adhere to “lesbian” and “bisexual”.’

This focus on inclusivity has helped Black Pride provide a space where important conversations can take place between age groups. It’s something that is vital for young black and brown queer and trans youth, notes south London speaker and rapper Melz Owusu.

Owusu, who is non-binary and uses they/them pronouns, first attended Black Pride in 2016 and performed on the main stage the following year. ‘These youth deserve to know that the path they walk has already been trodden,’ Owusu says. ‘They can take faith and solace in that; that we struggled, survived and created pockets of joy like UK Black Pride so they can live and love freely, openly and joyously.’

The joy of coming together across generations is echoed by 60-year-old events promoter Yvonne Taylor who has been to 13 Black Pride events. ‘When I’m there, I feel able to be out, loud and proud and a black queer woman,’ she says. ‘And I can see that a lot of young people who attend feel the same way. It gives us all a sense of belonging.’

The east Londoner says it’s not something she felt able to do growing up. ‘I remember what it was like, feeling you had to hide away,’ she says, ‘and live undercover with little support or visibility.’

As Black Pride heads into its fifteenth year, it’s clear that for people like Yvonne, Melz and Skye the festival is a vital part of their life. Despite its large scale, it’s more like a big family get-together where Londoners can see their joy mirrored in the faces of everyone else, their fears for safety and of discrimination evaporated – at least for one day of the year.

‘We have created this space for us because we’ve been excluded for so long,’ says Skye Chirape. ‘When my family ostracised me because of my sexuality, UK Black Pride became my family.’