Here we go again – well, kind of. ‘ABBA Voyage’ is a spectacular vision of pop’s future

ABBA are back with their first live show in 40 years… but they’re not quite the band we once knew. ‘ABBA Voyage’, which takes place in a new, spaceship-sized venue in Stratford, is a digital gig, which means ABBA themselves don’t actually perform. You don’t find out what that really means until you’re in there.

On opening night, the venue was full of everyone from older couples reliving their ’70s heydays to trendily-dressed Gen Zers who probably first heard the Swedish stars as a TikTok audio. It’s not just any venue, either: it’s a purpose-built arena with 500 moving lights, 291 speakers and a capacity of 3,000. It even has dancing booths.

Chants roar through the audience as the show starts and then you see them: Benny, Björn, Agnetha and Frida. Dressed in tight, sequinned jumpsuits, crowned with full heads of hair, they’re glowing, smiling and flawless. The 3D digital avatars (or ABBA-tars, as they insist on calling them) were created by George Lucas’s company Industrial Light & Magic and were made by blending five weeks of motion-captured films of ABBA’s current selves with a younger body double, engineered to look like their ’70s prime. It’s a wild idea. But ABBA have always been innovative, so it sort of makes sense that they’re pioneering one of the most exciting, and most ridiculous, technologies in live entertainment today.

‘Last time we played London was 1979,’ says Benny, who fumbles his words, adding to the effect. Björn’s cheeky smile and Frida’s mannerisms are firmly recreated, making the figures spine-chillingly convincing (i.e. not at all like holograms). Every move assists the trickery: their mics swings, their clothes ripple, their bodies touch each other with an undeniable weight.

ABBA were instrumental in the creation of the show, which, we’re assured, means it avoids any moral complexities in creating these replicas. But there is definitely an eeriness to the whole situation. The figures never come close to the crowd like real performers would; it’s like watching them through a veil. At moments, Agnetha looks blank behind the eyes. And if you look down on the crowd for too long, thousands screaming and waving at what is essentially a clever mix of lights and video, it can all start to feel a bit like an episode of ‘Black Mirror’. Is this the future?

Once you get over the extreme weirdness – and give up comparing the avatars to the ‘real thing’ – the proper fun begins. The technology is mind-boggling. Wherever you are in the arena, you’re totally immersed by lights, whisked into a dazzling futuristic disco. There are multiple screens of video and stunning transitions between songs: a huge sun silhouette for ‘Chiquitita’, the Northern Lights for ‘Fernando’ and the deep cosmos for ‘Summer Night City’. It truly feels like entering another dimension.

At times, the life-sized avatars disappear altogether and are replaced with colossal, cinematic close-ups, where you can see every hair, pore and piece of glitter. That brings us to the costumes, which were also sublime. From turquoise jumpsuits to lit-up space suits and head-to-boots sequinned ensembles, the clothes swayed and shimmered while ABBA jumped, danced, smiled and sang through each song. Luckily avatars don’t get tired.

To the delight of everyone, the 20-song set, played live by a glamorous and energised ten-piece band, was mostly made up of the hits, with only a handful of tracks from their new album, ‘Voyage’, thrown in for context. The music is as infectious as ever; the catchy lyrics and intricate melodies all drip with a renewed, heart-tugging cheesiness. Even though it lacked the spontaneity and genuine communication between ABBA and the crowd that you’d get from a ‘real’ performance, it didn’t matter. This is about their legacy. It’s about the enduring appeal of indulgent, feel-good pop that everyone can find pleasure in (whether it is guilty or not).

There are moments where it sags – the animations of a young man on a magical ‘voyage’ were a welcomed break for the loo or bar, but that part felt like a different show altogether. At the end, the avatars change into their mid-seventies, present-day selves, underlining the weirdness of the whole thing. But instead of clapping at the avatars, you’re clapping for the designers, the engineers, the crew, the producers, and all of people who made this mad art come to life.

This is art built for the fans: it’s about standing side by side in a euphoric sense of togetherness, singing the same lyrics as thousands of other people while letting your senses go. This concept will probably go international and it’s only the beginning for what the technology means for the stars of today. Fine, it will never replace real people. But it is still memorable and dazzling, and it was breathtaking entertainment. 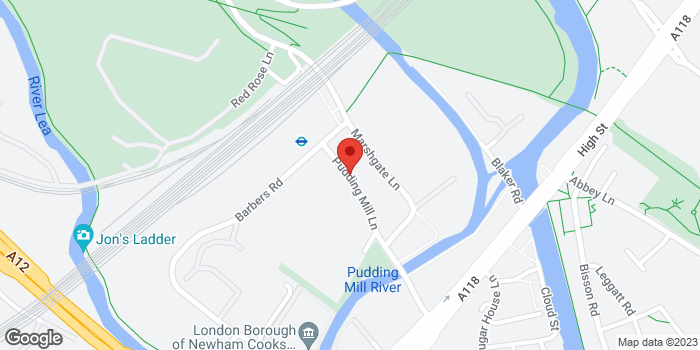