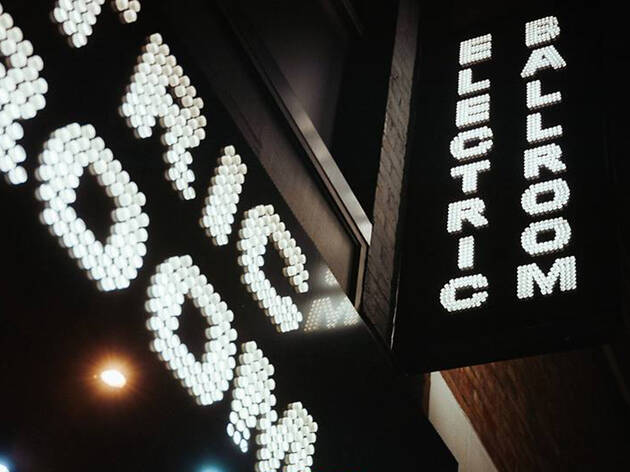 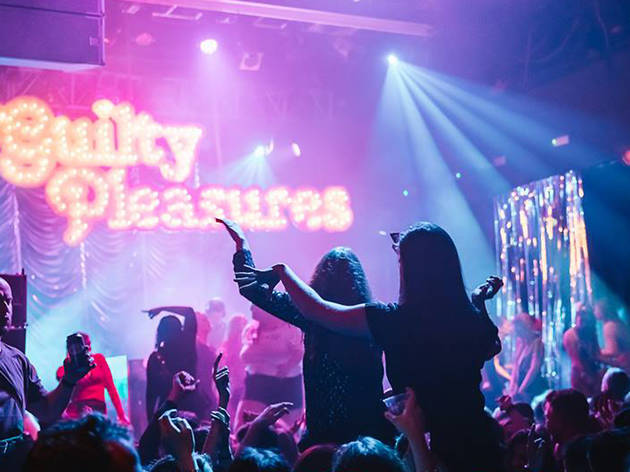 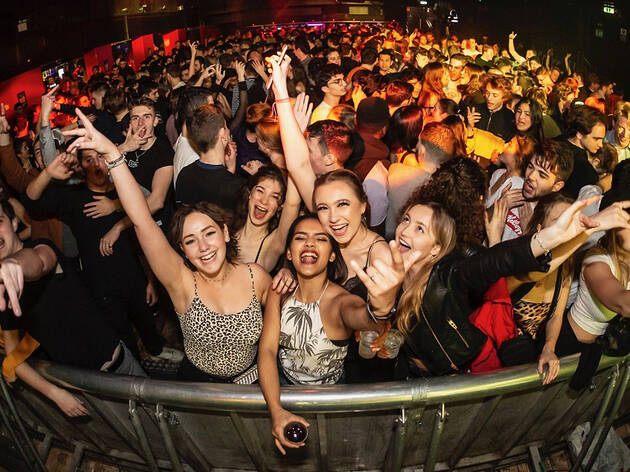 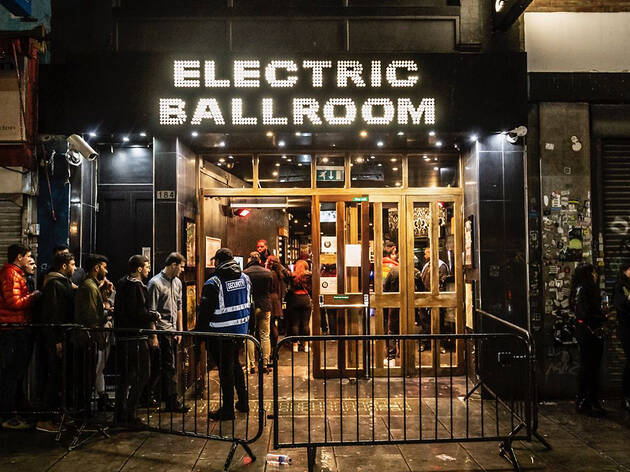 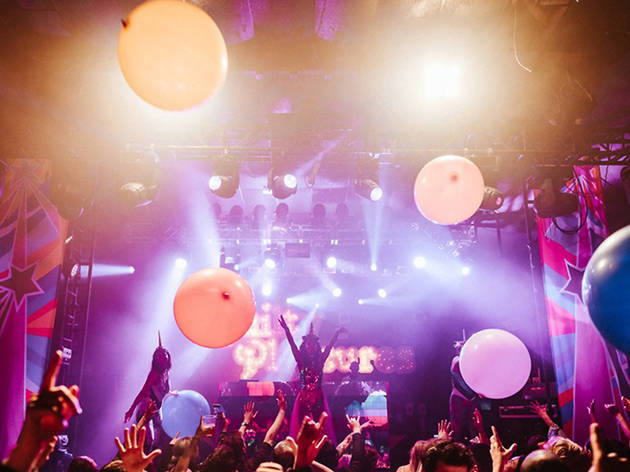 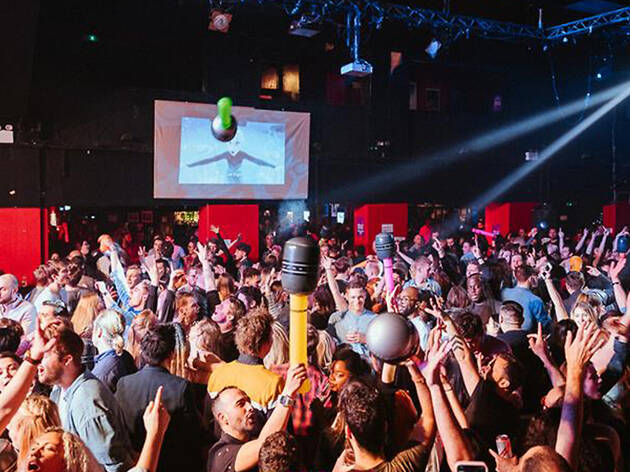 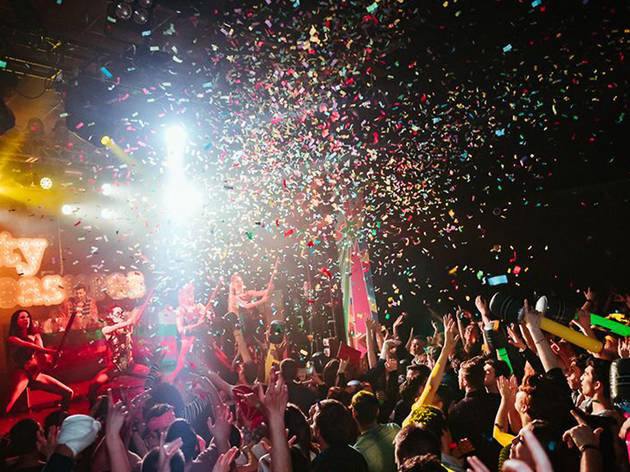 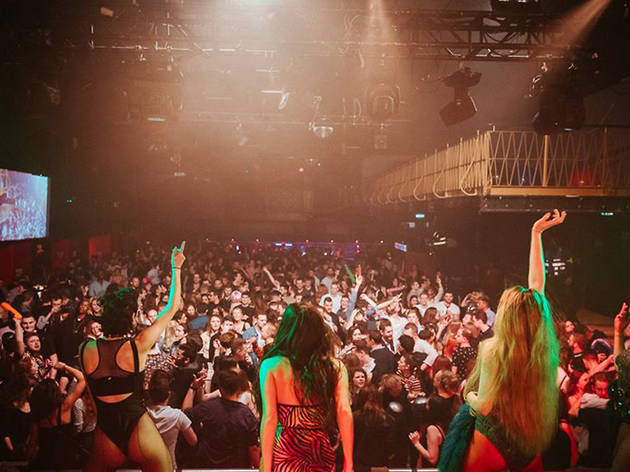 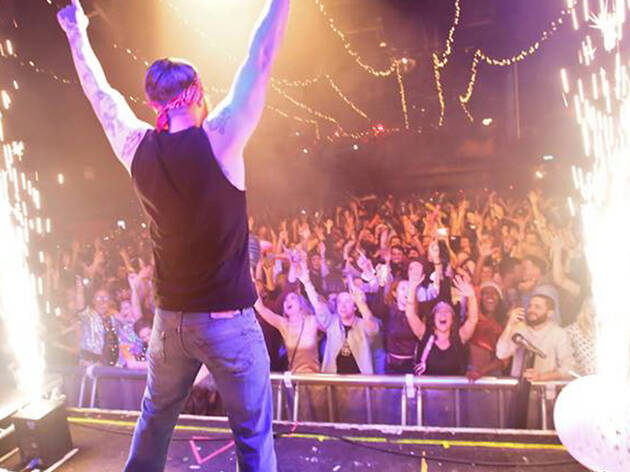 Located right next door to Camden Town tube station, the Ballroom is still dining out on its (admittedly impressive) history, hosting as it has gigs by the likes of The Smiths, U2, The Clash, Red Hot Chili Peppers and Hüsker Dü. The immediate threat of closure to allow the rebuilding of the underground station has been lifted due to that proposal's initial rejection (although wrangling is ongoing) and this, coupled with a welcome major refit of the interior has revitalised the venue. Gigs run the stylistic gamut, while regular club nights on Friday and Saturday roll on until the small hours and the vast space is taken over by an indoor market/café at weekends.

It began as a busy Irish club playing host to a wide variety of performers including the likes of Jim Reeves. In the past decades, acts such as Sid Vicious, Madness, The Clash, Richard Ashcroft, Snow Patrol, Nick Cave, The Killers, Stereophonics, U2, Phil Lynott, The Boomtown Rats, Joy Division, Red Hot Chilli Peppers, The Talking Heads, Public Enemy, Blur, Supergrass, Iggy Pop, Garbage and The Smiths have drawn huge crowds to the venue.

It is also now home to ELECTRIC LUV - Camden's newest commercial, chart and club classics night happening every Saturday, drawing in a host of regular party-goers and first-time visitors to Camden alike.

Great venue, in terms of size, location, and quality of acts.

For a Camden Club the tickets are reasonably priced, and the drinks relatively cheap.

Security is strict, and will often reject single males, but I would definitely recommend the Electric Ballroom for anyone looking for a fun club night in Camden.

Just a few steps from Camden Town tube station (Northern Line) you'll find the Electric Ballroom, an iconic music venue where Sex Pistols played back in 1978. Now those times have passed and the location is no longer iconic as it use to be at that time, but still, it remains a great place where to listen to gigs and where to dance the night away during thematic soirées like "Propaganda" (indie, rock) and "Bring It All Back" (90's). The venue is pretty big with two dance floors, one upstairs and a bigger one downstairs. Also, drinks are reasonable priced for London, tickets (for disco nights) can be bought at the door and upon entrance security is extremely effective checking separately men and women, making people feel safe in a way. If you fancy indie, or 90's/00's music, or even if you've just found out that your favorite band is in town and playing at the Electric, why not give it a try?

The space of the venue is well utilised on other nights when it is a club. There are multiple bars and two levels, so varying music choices to go between. The staff were polite, I saw them help a woman who had lost her coat check tag. The bar staff were having fun - dancing behind the bar. Very minimal lines to the bar due to being well staffed. The DJ's played a great selection of tunes. The venue stays open until 3am Saturday's and is right next to Camden Town Station (which now has Night Tube running) so it is easy to get home.

The security was clearly abusing them competency . Very aggressive and brutal. I do not understand how male security can have this power to even start touching a women( basically putting his hands exactly in the places where he should not!!) ?! Especially on the way to the exit after the gig finished - it's unacceptable ! Also many people were complaining that they got robbed on a dance floor .... And me and my friend we have seen that some guy was handling the fair sum of money to the security guard... I wonder how the big venue place can be managed in this kind of way???

Also I think maybe police should keep an eye what's going on down there .....

Definitely I wouldn't recommend this place to anyone!!!!

This is one of London's best live music venues.

It tends to play host to bands that have outgrown The Barfly and Borderline, but are not yet ready to play Wembley Arena or The O2. Its one minutes walk from Camden Town tube station which means you have a wide choice of places to hang out before and after the gig. My favourites are the wonderful Spanish bar #Barganza oppose for an Estrella before , and #Joes opposite The Roundhouse for an after-party till the early hours.

The Electric Ballroom has a large standing area in front of the stage and a small upstairs gallery and bar.

Last night we saw Whiskey Myers and The Cadillac Three turn Camden into a suburb of Nashville. The place was ROCKING.

The sound was crisp - the venue absolutely packed.

Try to catch them at a venue like The Electric Ballroom where you will feel that you are spending a night close up with the superstars of tomorrow.

Finding out a band I love and want to see live is playing the Electric Ballroom is always delightful news since I live just up the road from the venue. I like the fact that it's small enough that, even if you're the furthest person from the stage, you still feel really close. The drinks are reasonably priced for London. The balcony is pretty cool and nicely decorated with photos of classic rock'n'roll bands.

I've only ever been to gigs there but heard they do club nights and should definitely check them out soon!

We visited Electric Ballroom one Saturday night in September soon after the nationwide indie night "Propaganda" had moved there. The venue was pretty big, with an upstairs and downstairs dance floor, a stage and several bars dotted around. Unlike many other nights locally, this didn't finish until just after 3am, with Radio 1's Greg James dj'ing for the final hour of the night, the tunes were totally on point - we danced for five solid hours in the front row of the main dance floor. Security were good, laid-back but made us feel safe!