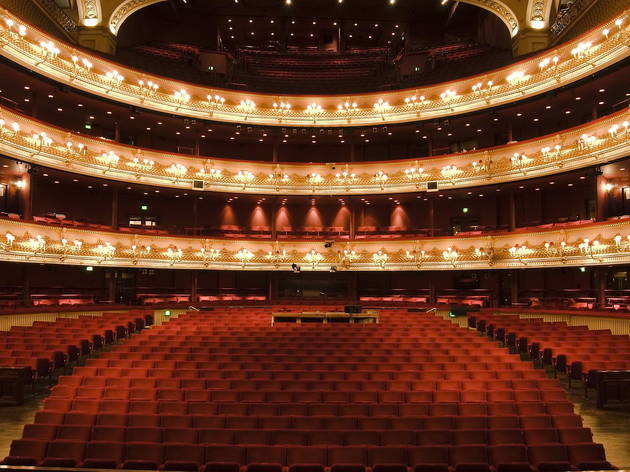 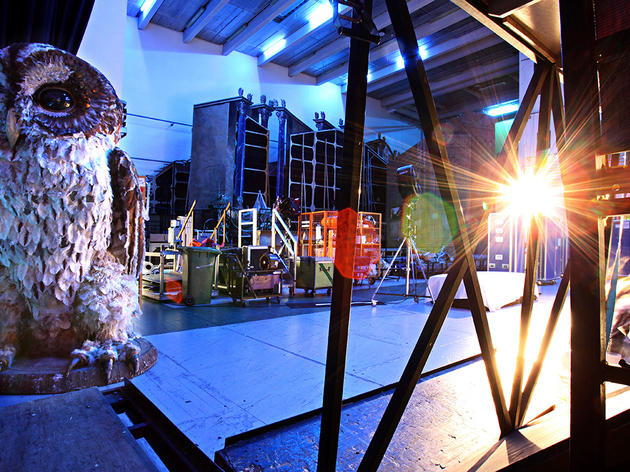 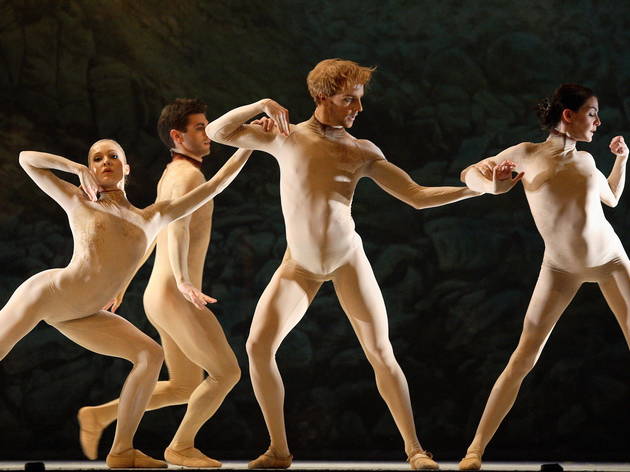 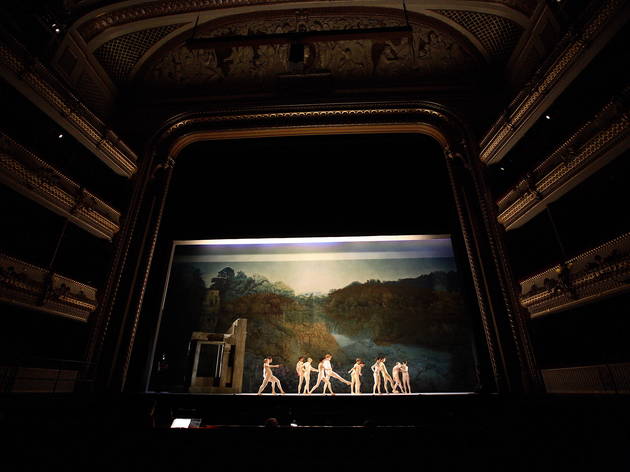 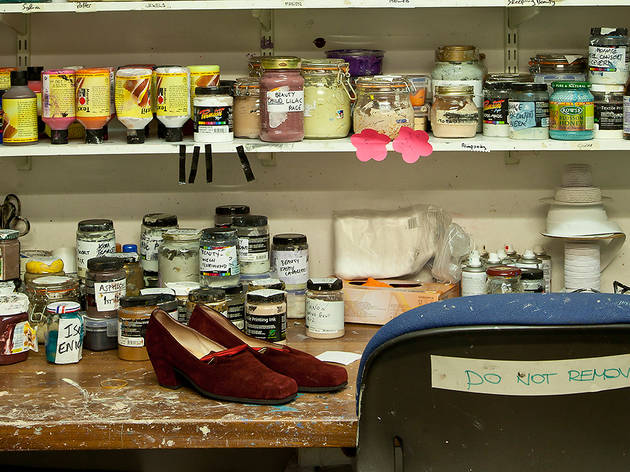 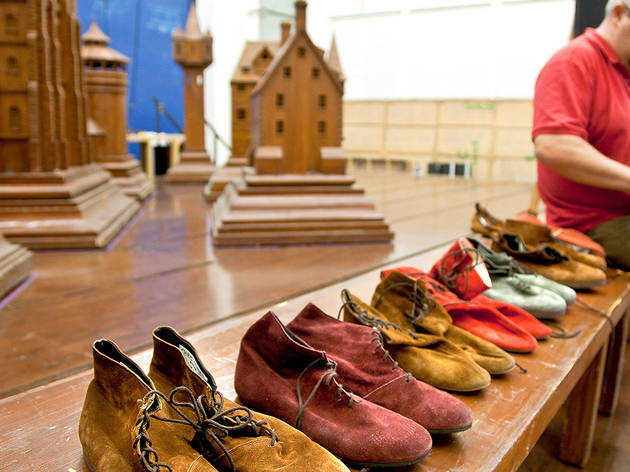 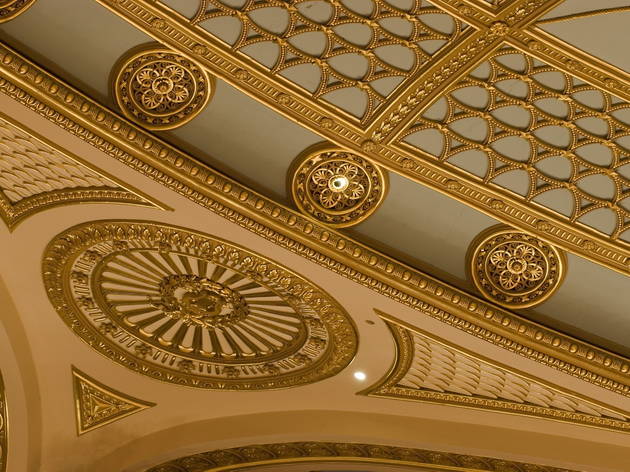 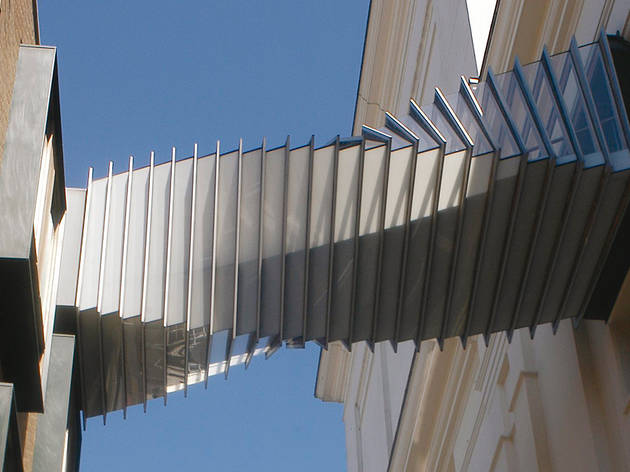 9/11
Bridge of Aspirations - © Britta Jaschinski/Time Out 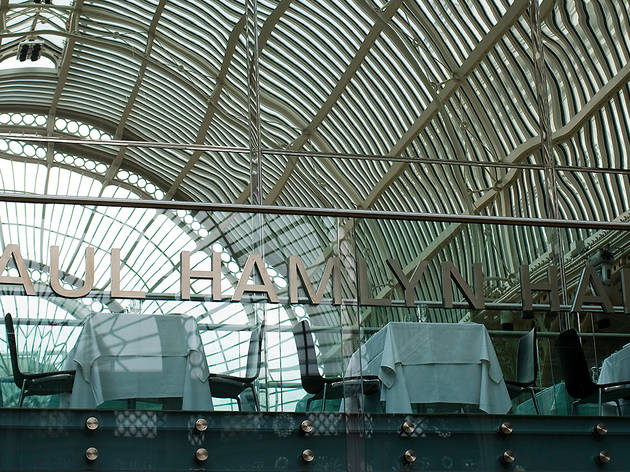 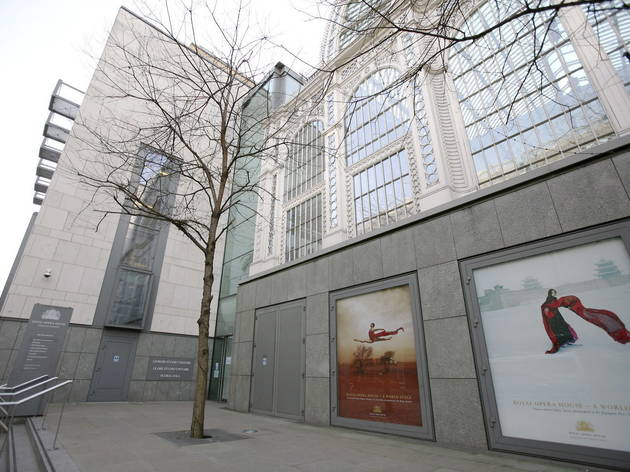 The Royal Opera House is secure in its status as one of the world's great opera houses, pulling in crowds and plaudits while, a few streets away, the London Coliseum's footing is a bit less secure. It's benefited from a massively ambitious 1999 refurb, which extended and opened out its premises to include the restored Floral Hall (an elegant Victorian iron and glass structure) and a new studio space, the Linbury. Subsequent updates have turned the front of house areas around its massive auditorium into gleaming white, luxurious restaurants and bars where opera buffs and balletomanes alike can scoff a cucumber sandwich or two.

There's been a theatre on the ROH's current site since 1728, when audiences flocked to Covent Garden to hear new works by Handel. The current Royal Opera House is its third incarnation; it opened in 1858, with an imposing NeoClassical facade that mimicked the design of its predecessors. Its horseshoe-shaped, 2,256-seater auditorium is one of the West End's largest, and offers a traditional, imposing setting for both operas and ballet spectacles (although the sightlines from the cheap gallery seats might leave you admiring the dance's legs and not much more).

As well as housing The Royal Ballet, the ROH regularly invites visiting companies such as The Bolshoi. Meanwhile the venue’s smaller spaces – Linbury Studio Theatre and Clore Studio – offer a sporadic line-up of experimental and independent dance and music works.

The Royal Opera House is a Grade I-listed building, and with its beautiful modern additions it is a striking Covent Garden landmark. Book in advance for a behind-the-scenes tour, or just drop in for a visit: the foyer spaces, café, restaurant and bar are open to the public every day from 10am.

Take a backstage tour folks!  At the risk of sounding sad, I've done this 3 times now and each time is different and more illuminating.  A wonderful insight into the history of the building and how the many craftsmen and women come together to create this wonderful theatre space.  What you get to see, depends very much on the available spaces on the day but could include:   rehearsals, the auditorium,how stage sets are created and manouevred, lighting, wardrobes and the beautiful public spaces. The ROH is currently being extended and remodelled and there will be additional cafes and restaurants for the public to enjoy from September 2018 so I will treat myself then.  A tour not to be missed.  A totally absorbing hour 15 minutes.

Royal Opera House is a stunning building hosting amazing & expensive productions of ballet from all over the world! The tickets can be form just £5 up to whatever, making it accessible to everyone. Huge, impressive building with excellent stage views even on the back rows. Quite often ticketed backstage tours run on hourly groups giving the chance to see the stunning building from inside.

This is one of my favourite venues in London to see the ballet. The theatre itself is absolutely stunning and takes my breath away every time I visit. The very cheap seats up the back of the Amphitheatre I find are excellent value (sometimes as little as £10), with an unobstructed view of the stage. It is a fair distance away from the stage, but I have never had an issue in being able to see a performance, and it is nice to be able to afford to see several different ballets in a year. The ROH website also has a very handy function that lets you view both the type of seat you are booking (some of the super cheap seats are bar stools) and the view of the stage from that seat. I also recently discovered that up on the entrance to the Stalls there is an outdoor terrace through the revolving door that is a nice spot to get some fresh air during interval. For the super thrifty you can also obtain standing only tickets which will normally only set you back a fiver (although I wouldn't recommend this for some of the longer performances).

Been a couple of times now and can safely say that it pays to pay for good seats because being able to see in detail is rather important when it's ballet (no words) or opera (surtitles). There's a mix of old and new world in terms of what's on and its patrons. Recommend either doing it casual or going all out like ordering something for the intermissions and dressing up. Balcony right - the view ain't great, you can't see the sides...

One of my favourite venues in London - after 10 times at this venue I still feel like it takes my breadth away each time. The grand entrance and beautiful stair case are just devine.  I love the bar area with the conservatory which is just so grand and opulent.

The auditorium itself is perfect as all seats are great. I have set in the stalls and in the back row and the view is always perfect.

The food is overpriced but the bar is ok - so take a look online and get some tickets - it wont be as much as you think.

A visit to Royal Opera House was a dream come true for me. I went to see the ballet on a date (impressive idea for a date) around Christmas time and it was fabulous. The venue is in the heart of Covent Garden which is always lively so there are plenty of options for food and drinks before and after. We were impressed by the beautiful and high ceilings of the bar area and had white wine with smoked salmon sandwiches as we had arrived early enough. It's such a grand building and has plenty to marvel at before you go in plus there is a little outdoor terrace on the higher level where you can oversee Covent Garden. Our seats were high up but we could see just fine. The setting is outstanding with the lavish vintage features like the sumptuous red curtain and touch of regal gold making the whole experience feel very special. A special commendation goes to the superb ceiling - serious roof envy! Highly recommended for a special occasion.

The Royal Opera House is a real treat - opulent and classic.

The tickets can set you back an arm and a leg, but there are ways of getting in for less - sometimes the upper benches are as little as £4! This requires you to sacrifice both comfort and view, of course, but if you're there for the opera you at least get to listen to the music.

The sets can be outstanding: I went to a revival of Turandot several years ago and it was wonderful - so plush - whilst the performances are undeniably beautiful.

I'll be returning for my first ballet in a few months, so have upgraded my bench seats to a slightly better view (though, at £16, I'm not holding my breath). It's a shame that the royal opera house is still quite inaccessible price-wise compared to it's European counterparts (the Budapest opera house is a steal comparatively, and I'd argue even more beautiful), but it really is worth going, even if you're on the bench seats in the gods.

I was a Royal Opera House virgin and decided to pop the proverbial cherry with an absolute classic: Romeo & Juliet Ballet! Tickets to the opera house are quite expensive, I had a seat quite high up (amphitheatre), was pretty uncomfortable most of the night and it set me back £70.00. The performance was spectacular though, Alexander Campbell was amazing as Mercutio, definitely stand out! The main hall and bar, architecturally, are stunning. Well maintained and opulent designs.

Also, I received a questionnaire via email after my visit, regarding the image of the opera house and seemingly wanting to expand and make it more accessible to a younger and diverse audience, which was great to see.

The ROH is an outstanding place and the bar is amazing beautiful!

I have enjoyed a few ballets in the main hall as well as some events in the other studios, and I have to say, every time I'm here I find something else to fall in love with. The architecture is great - check out the main bar area from the top of the escalators!; the staff are friendly and courteous, and the performances are second to none. I also had the pleasure of experiencing some of the Deloitte Ignite Festival here in September and it was really cool to see how each space was used for a different event - we had a ballet class outside in the piazza under the terrace!

You can now have afternoon tea in the Paul Hamlyn Hall at the Royal Opera House - such a beautiful setting for a tasty and beautifully presented tea.  Full details and photos on my blog here: http://hyhoi.com/2014/10/royal-opera-house-afternoon-tea/

- Nina
Have You Heard Of It? London bar & restaurant blogger | HYHOI.com

This is a great venue which also has another side to it. Companies hire the upper terrace to host private parties. The terrace overlooks Covent Garden and there is lots of space to include a live ensemble as background music. My steel drum band ensemble covered a company event here and the staff were great, the service was good and everything just had a really nice feel about it. I recommend this venue.

The Royal Opera House is a very special building. There is such a special atmosphere around the whole building and the performances staged are world class. You can't really go wrong here.