Developers locked Passing Clouds out of their own venue. So they just broke back in and carried on

In a brutal time for London’s music and nightlife scene, workers at a thriving London venue – Passing Clouds in Dalston – arrived for work yesterday morning to find that the building’s owners had changed the locks.

Hours later, in triumphant scenes, hundreds of the venue’s community of local supporters gathered to attempt to ‘reclaim’ the venue from two bailiffs inside. After they gained access through a second-floor window, the venue was was able to pass back into the hands of Passing Clouds’s organisers. Despite the madness, the venue was able to open on time at 8pm for its scheduled event. 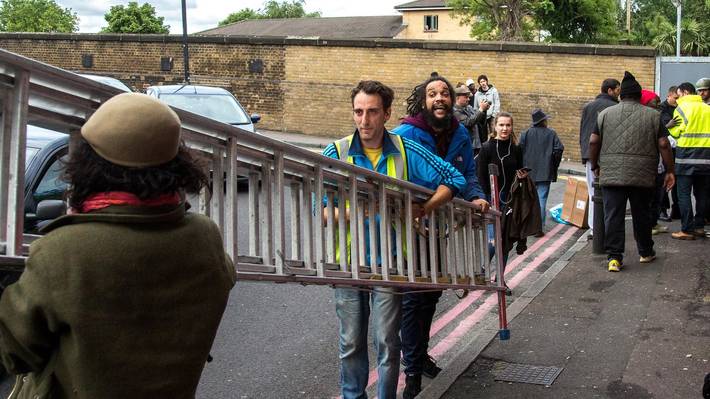 This is just the latest event in an acrimonious story between an established music venue and a firm of property developers – a story that goes to the heart of problems regarding gentrification in London and the increasing difficulties of sustaining London’s globally renowned nightlife scene.

Located just off Kingsland Road, in a blue-plaque-boasting building that was once the Hackney Gazette printworks, Passing Clouds is a unique venue that promotes a diverse, multi-cultural booking policy – as well as a socially conscious business model. Aside from gigs and clubs, it hosts a weekly People’s Kitchen (that makes use of locally donated food waste) and offers itself to social, environmental and community groups to use free of charge.

Despite occupying the building for over ten years, Passing Clouds was informed out of the blue last November that the building had been sold to a firm of property developers called Landhold Development. It’s currently being displayed on the firm’s website. It was a surprise and also a disappointment to Passing Clouds’s management, who had spent years previously lobbying their former landlady to sell them the building, but to no avail.

While Passing Clouds has continued to host gigs and club nights as usual, the venue has quietly been under threat of closure since Landhold Development took over ownership in November.

Passing Clouds denies all of this. They have no intention of leaving and say they have spent £200,000 on upgrading the building over the years, citing a long list of improvements such as soundproofing, replacing the windows and putting in a new toilet. According to Passing Clouds’s founder, Eleanor Wilson: ‘Much of this work was not required by our lease or by law but was simply a demonstration of our ongoing love and commitment to the building and to our previous landlady and our desire to stay in the building at all costs.’

Despite this, Passing Clouds had been hoping for an amicable resolution to this situation. They had been given time to remain by Landhold Developments, who also agreed to meet Alan Miller of the Night Time Industries Association, which lobbies on behalf of nightlife venues and operators. It was believed that progress was being made in negotiating a deal to finally sell the building to Passing Clouds.

But all of that changed yesterday morning, when cleaning staff turned up at the venue at 7am – only to be met by the two bailiffs and a set of changed locks.

Having taken back ‘possession’ of the building, Passing Clouds registered a complaint with the police regarding the landlord’s actions. It’s not at all clear what the landlord’s next move will be.

During their negotiations a few months ago, it was hinted to Passing Clouds that the building might turn into either offices, flats or – somewhat ironically – the developer’s own headquarters.

But what do Londoners need more: a music and nightlife venue or another property developer on the block? Indeed, we wonder if the developers would have ever have considered moving into that part of town – once a hotspot for drug-dealing and prostitution, now home to thriving bars and restaurants – if it wasn’t for the hard work of venues like Passing Clouds.

We asked Landhold Developments for comment. Their response is as follows:

'Passing Clouds have been aware for many months that her lease was due to expire in May of this year. They have continued to occupy the premises without the landlord’s consent.

Whilst there is no obligation on the landlord to serve notice in such situations, our solicitors wrote to Ms Wilson on two occasions to inform her that she was occupying as a trespasser and if she did not leave the premises immediately, the landlord would take back possession.

Passing Clouds failed to respond to either of these letters and so bailiffs were instructed accordingly. Possession of the premises was lawfully taken back by the landlord on 16 June 2016, with two security guards remaining on site to protect the property

Later that day, a mob of 30-40 people, forced their way into the property, damaging the new locks that had been installed and ejecting the security guards. Any occupiers who remain on the premises are occupying unlawfully which constitutes a trespass.'

Find out more about Passing Clouds 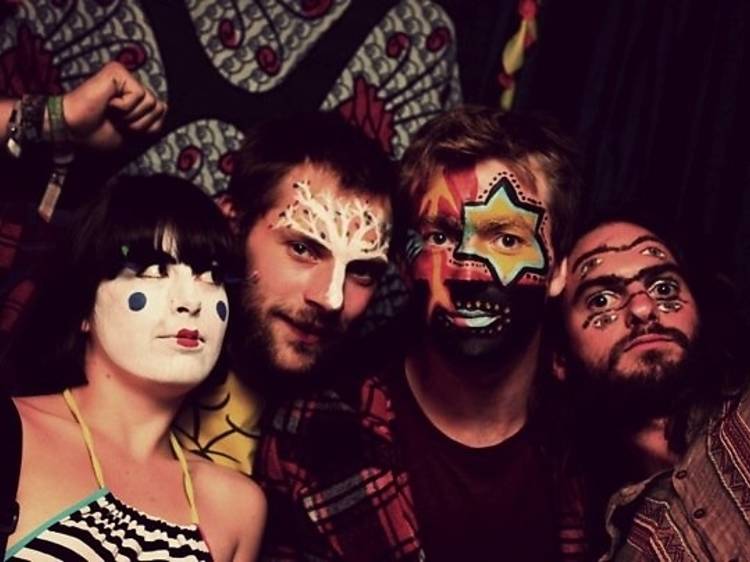 It looks low-key from the outside, and in some senses it is, but the variety of music and events on offer at this tiny, tucked-away Dalston venue can make it feel like a whole different world at times.