‘We recently carried out a survey which showed that 23 percent of ladies were worried about partners judging the look of their labia,’ frowns Ky Hoyle, founder of female-centric London sex shop Sh!. ‘More than one in six had thought about having surgery to change the appearance of their vaginal lips. It’s heart-breaking that so many women view their lady parts as ugly, humiliating, or somehow “broken”. I’m determined to change that.’

Sh!’s latest drive to give the V to vajayjay shaming sees them pair up with Brighton-based artist Jamie McCartney, who’s best known for his eight-metre long sculpture entitled the Great Wall of Vagina – made from plaster casts of over 400 volunteers’ vulvas, aged between 18 and 76.

Created in 2012, the Great Wall of Vagina is intended to educate people about how completely normal it is for cho-chas to come in a wide variety of shapes and sizes, and celebrate the fabulousness of all types of foof, from the frilly to the asymmetric to the pierced. 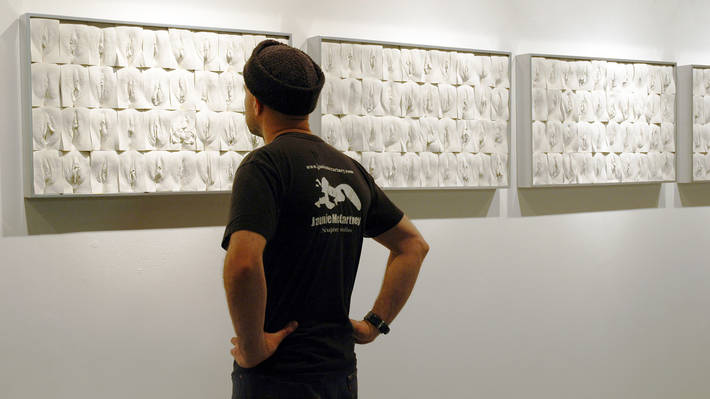 Artist Jamie McCartney with The Great Wall of Vagina

Versions of The Great Wall will be exhibited for free at the store for a month, and on April 2 at 12.30pm, McCartney will be giving a talk in store and signing copies of his new book. Cooch colouring books and DIY poon plaster-casting kits will also be on sale.

If you pop in, do say hello to Rosie: a plush velvet vulva puppet, so-called because she has a tiny flower stitched into her folds to indicate where her pee hole is. ‘We use her as a teaching tool,’ explains shop manager Renee Denyer. ‘She’s especially useful if there’s a language barrier, as people can just point to the bits and bobs they want to chat about if they don’t know the proper terms.’

Speaking of squishy, if you’re a slippery customer in need a tube of lube, Sh! are one of the few UK stockists of Probe: an awkwardly-named lubricant with the no-less-uncomfortable nickname of ‘Spider-man goo’. Formulated to mimic the ‘slightly stringy’ feel of natural vaginal fluids, if you pat it between your fingers, it forms light ‘webs’. Apparently, since it’s super-gentle on the genitals, it’s great for gals who are prone to thrush. It contains grapefruit seed extract too, so presumably your snatch won’t get scurvy either. 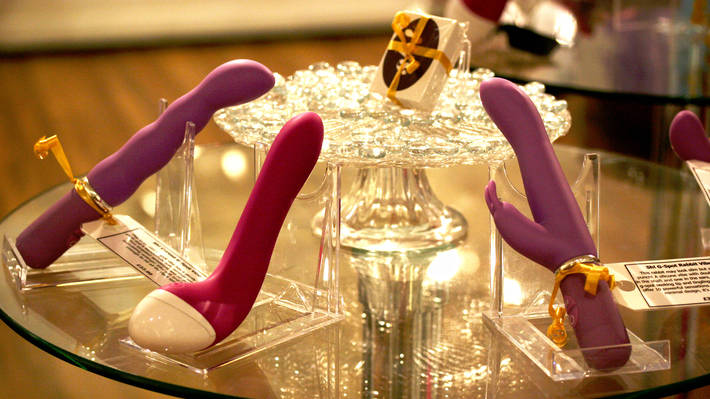 Some of the wares on offer at Sh!

In short, Sh! is a place worth shouting about. And if you’ve got a vagina, or you love someone with a vagina, it’d be quim-inal for you not to visit. 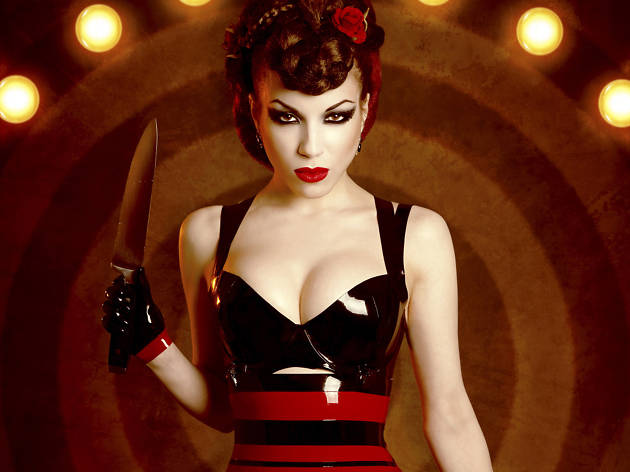