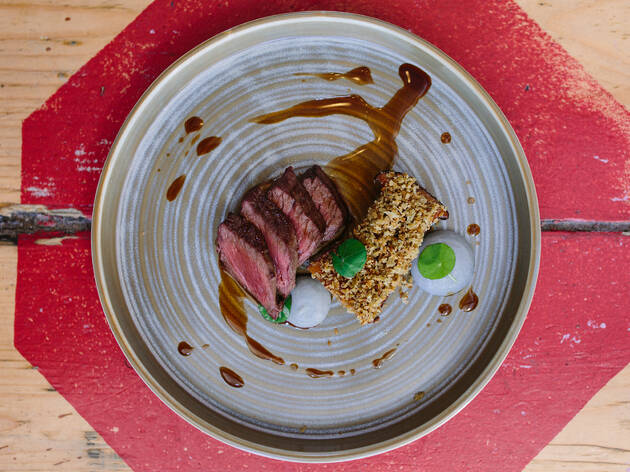 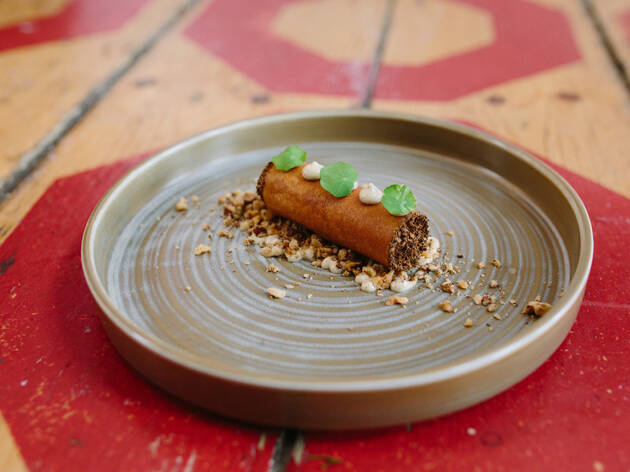 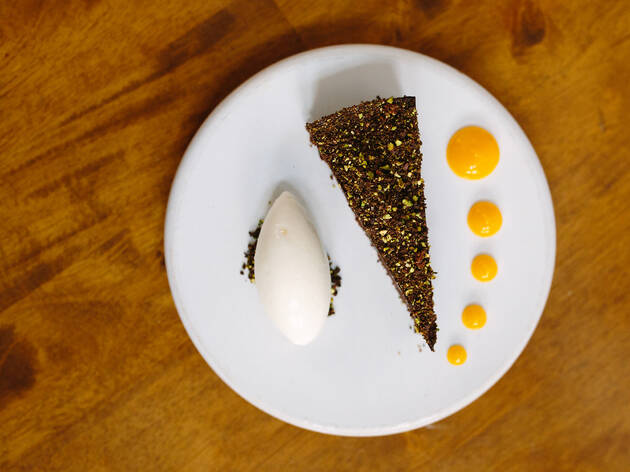 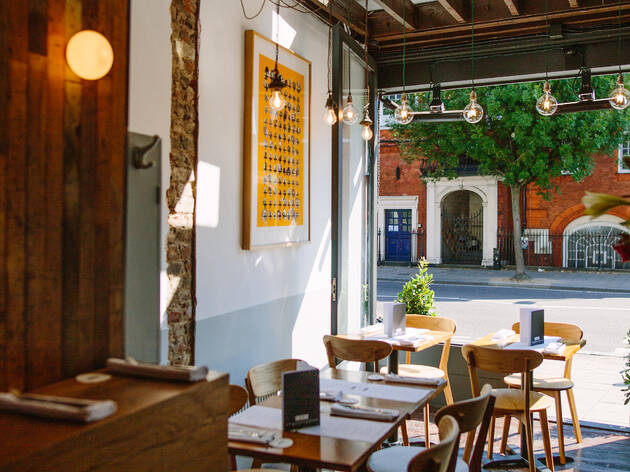 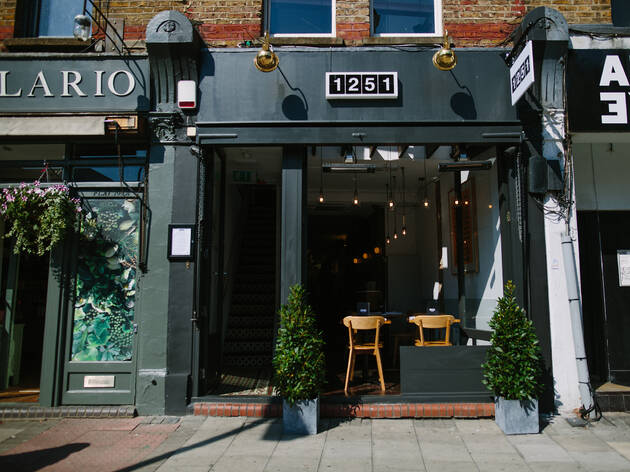 ‘12:51’, in case you’re wondering, is a song by The Strokes. It’s not the smartest name for a restaurant: people either think it’s the street address, or don’t spot the colon and wonder if it relates to a key historical date. Like 1066, or 1945. But almost everything else about this unassuming little Islington spot is terrific.

The food is near-flawless. It’s by James Cochran (ex-Ledbury, ex-Harwood Arms), who briefly ran a City spot with his name above the door but is now flying fully solo. And there’s a confidence to the cooking that comes with real independence. Flavours are Brit-with-a-kick – a nod to his Scottish and Caribbean roots – the composition exciting and complex, but never OTT. There was a stack of chive-flecked jerusalem artichoke chunks: meaty, moreish and assembled with the skill of a master bricklayer. On top, a foamy, fluffy mass of smoked egg-mayo, punctuated – like tiny lyres accidentally dropped on to a fluffy cloud – by crunchy golden artichoke shards. It was one of the most satisfying veggie dishes I’d had in some time. We were equally blown away by a meaty croquette of shredded then breaded goat. It was juicy, dense and topped with a splodge of scotch-bonnet jam, for proper va-va-voom. Get several.

It went on. There was a savagely good plate of roast venison, the thin, pink-middled slices idling in a puddle of jus and flanked by tiny, thoughtful interruptions, each more delicious than the next: from delicately tangy pickled shimeji mushrooms to syrupy blobs of celeriac purée, or a rubble-like pile of walnut-and-pancetta crumb.

Only one dish – a bowl of rich-but-too-salty mussels – was a blip. But all was forgiven when dessert arrived. Let’s just say that a banana-and yoghurt-knickerbocker glory tasted as good as it sounds: banoffee giving way to sour froth, then dark caramel, chewy banana bread and Christmassy spices.

If you think this food sounds like it belongs in some table-clothed Michelin-starred joint, you’d be right. But what’s great about 12:51 is how utterly casual it is. It’s a small, humble room, with vinyl sleeves on the walls, scuffed-up tables and a laidback, vibey soundtrack (De La Soul, Lil’ Jazzy Jay). Hard up? Go in the day. In a world where ‘set lunch’ usually means chicken or salmon, 12:51 is open access, letting you pick five small plates off a list near-identical to the standard à la carte.

Only the irritating online booking process (which must surely cost them business) stands in your way. So pick up the phone (I know, I know, it’s 2019 and we don’t do that), and lock down that table. At just £15, it’s the best destination set lunch in town. And dinner’s not bad, neither.