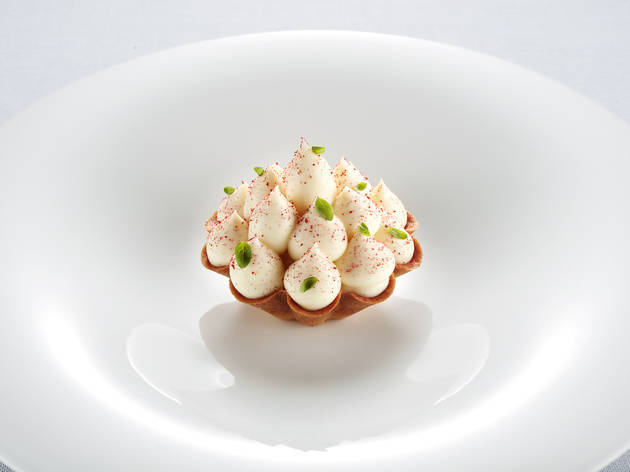 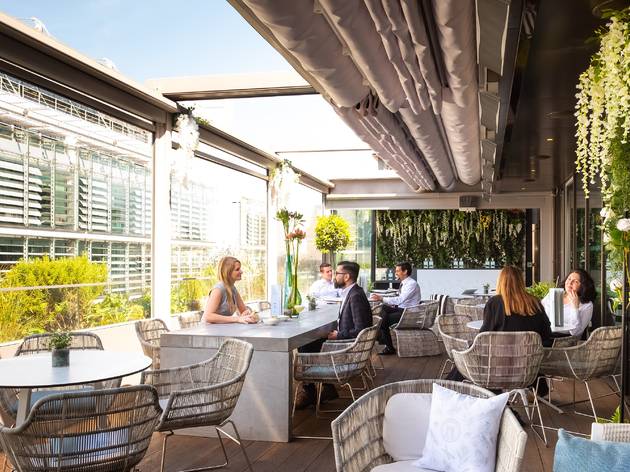 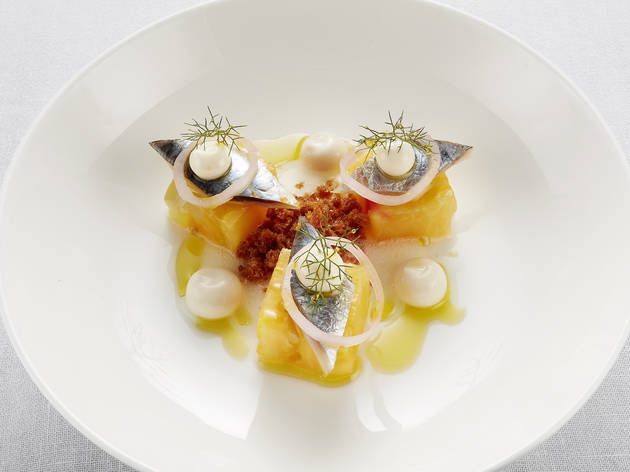 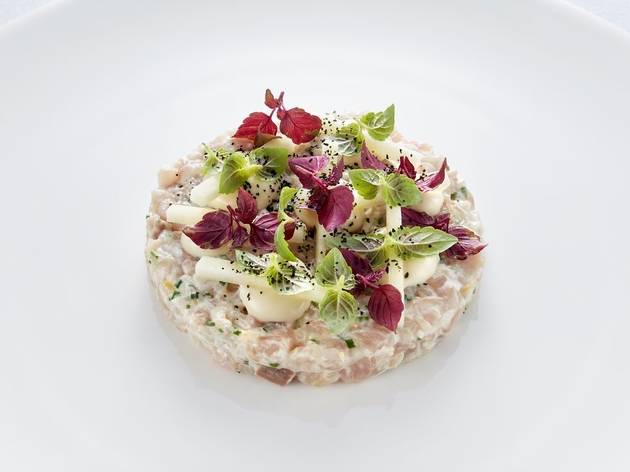 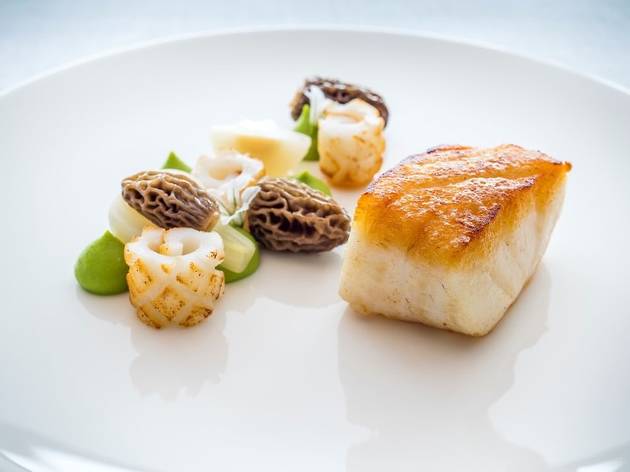 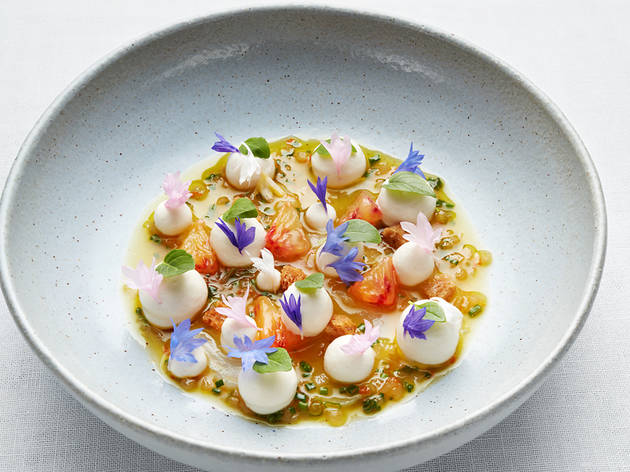 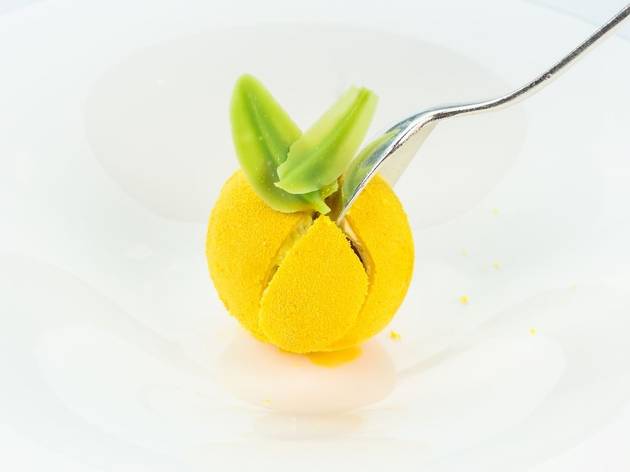 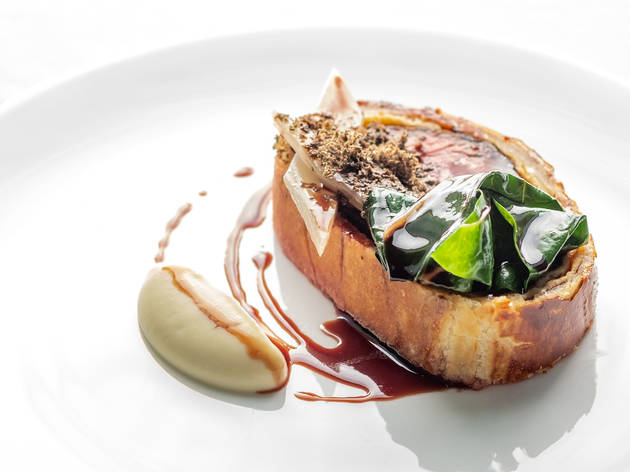 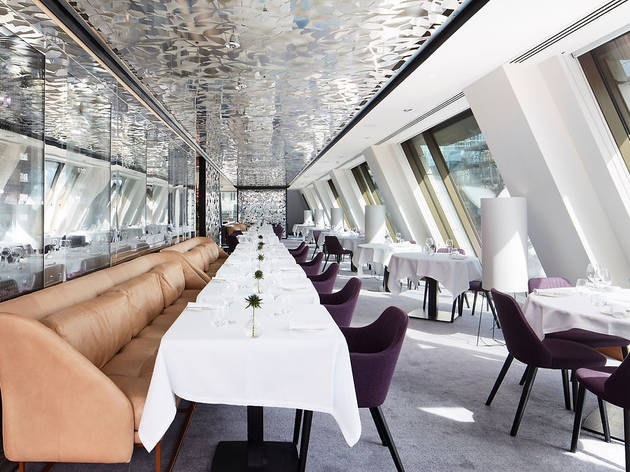 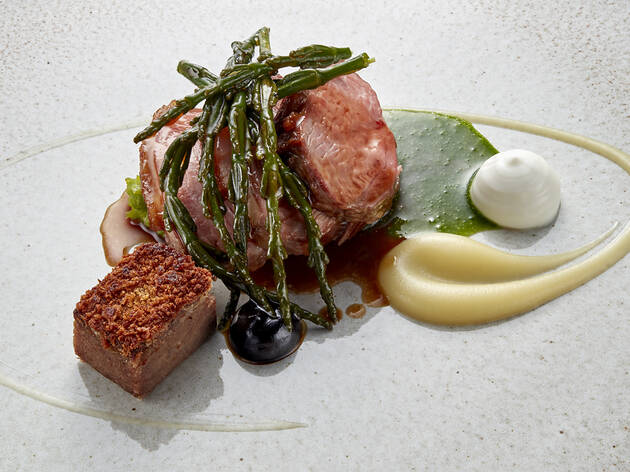 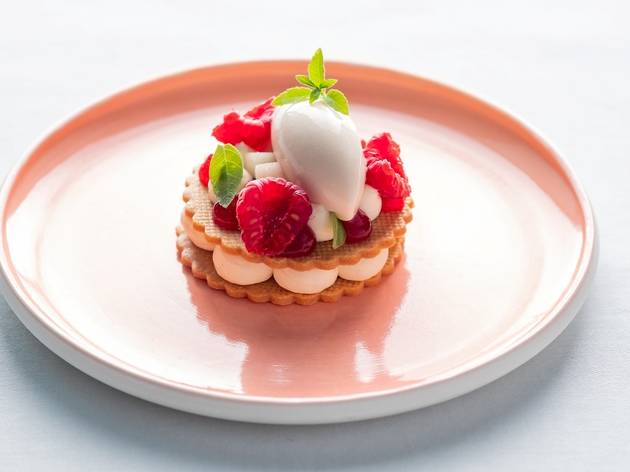 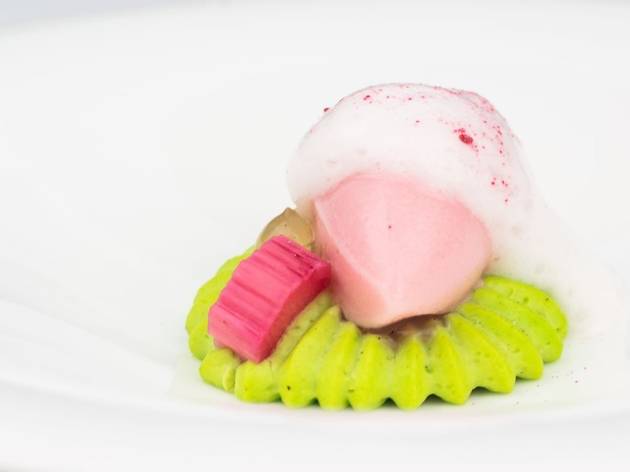 A first-class fish restaurant with an inventive, seasonal menu.

Every table in the seventh floor restaurant of the South Place Hotel (part of the D&D empire) has a view over the surrounding rooftops and cranes; it’s a serene spot, with pristine white tablecloths and chic flower arrangements, though on summer weekends it’s more of a party space, complete with DJs. This relaxed style permeates the building – staff are as switched on as you’d expect from the restaurant’s Michelin star, but charmingly unstuffy with it, and that blend suits a restaurant poised between the old-school City and the new world of the Silicon Roundabout.

British fish is the speciality, impeccably cooked and presented, from a menu by executive chef Gary Foulkes. The star of the show was cuttlefish bolognese with basil rigatoni, Amalfi lemon and olive oil, a sprightly, springtime starter bursting with flavour. A main of john dory with mousseron mushrooms, three-cornered leek (a wild allium with a short season of only a few weeks) and Tuscan lentils was also splendid, with beautifully crisped skin and tender fish. Both dishes came from the set lunch menu, brilliant value at £34 for three courses (which is less than a single main course from the à la carte).

Alongside the fish there are a few meat options, but when the fish and seafood are this good, it seems pointless to stray. Chocolate pavé with banana and reduced milk ice-cream was a pleasing mix of fancy and comfort food to finish. Special mention should also go to the yeast butter, delightfully light and with a Marmite tang.

The wine list inevitably gets scary fast, but plenty of tables around us were sticking with Aperol spritz. Sit out on the terrace if you can – a rare asset in this part of town – as it’s a real sun-trap made for kicking back with a glass of Tavel rosé.

Angler says
Led by Executive Chef, Gary Foulkes, Angler is the dazzling Michelin-starred restaurant on the top floor of the five-star hotel, South Place with a stunning rooftop terrace.