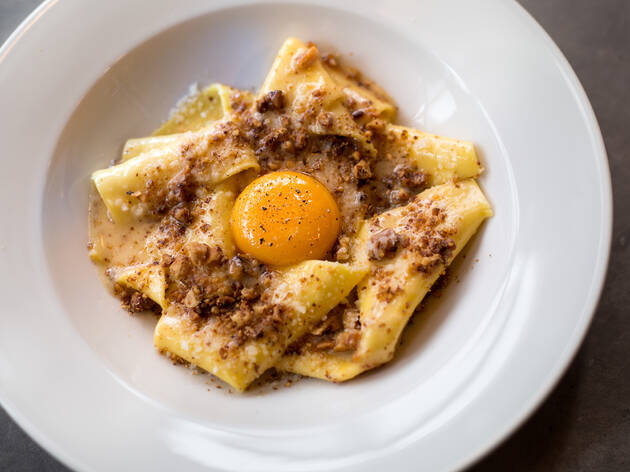 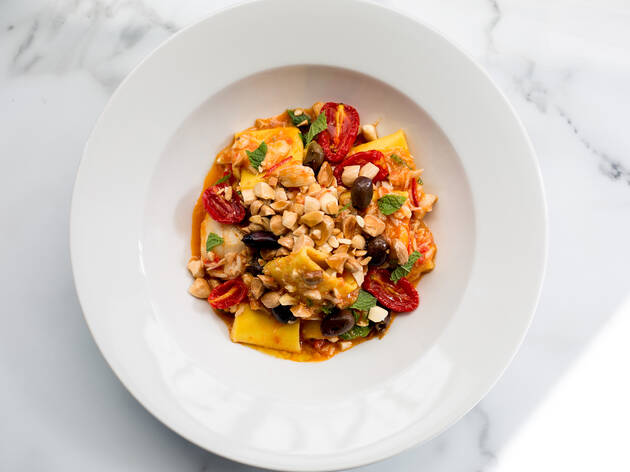 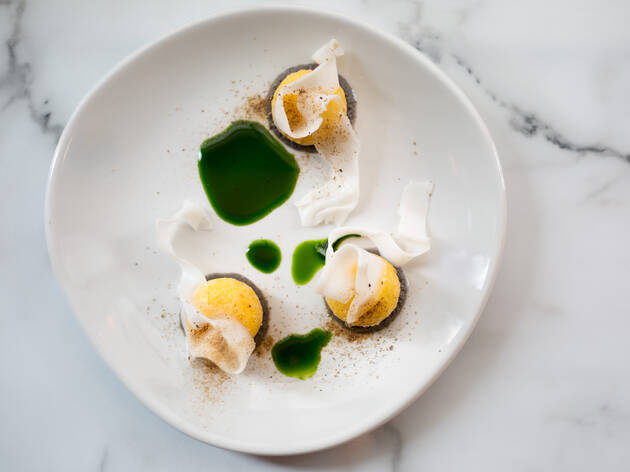 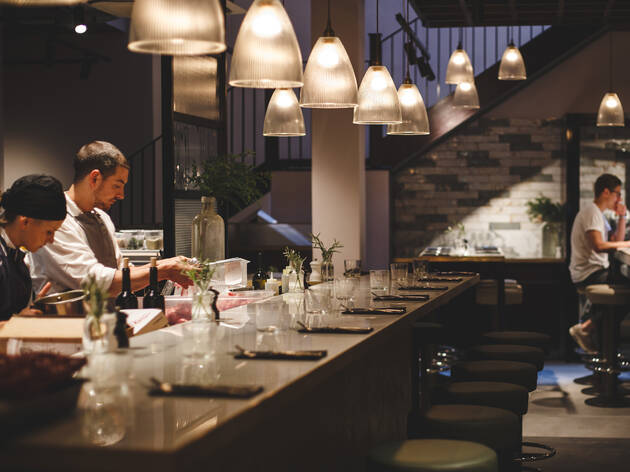 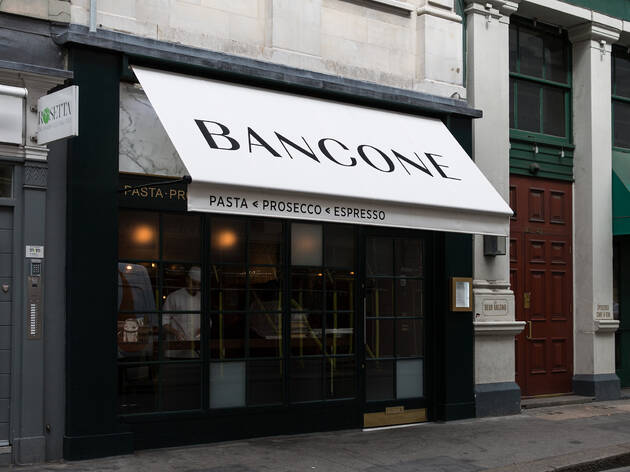 Bancone is a sleek Italian restaurant in Covent Garden with a short, simple menu that’s split into three sections: antipasti, pasta and dessert. Headed up by chef Louis Korovilas, who previously worked at Michelin-starred Locanda Locatelli, it’s a long, narrow space with a lengthy dining counter, an open kitchen and exceptionally good pasta. Chefs in the front window roll out pasta dough almost all day: putting on a show for people passing by, frantically cutting and shaping for those patiently waiting for their pasta inside.

There are generally around eight plates of pasta on the menu, and half of them are usually suitable for veggies. Proper al dente pasta is slightly undercooked, and hard to get right, but the chefs here nailed it. In fact, all the pasta we tried was perfect: slightly chewy so it had a little bit of bite, but soft and silky so it held its sauce beautifully. The best dish was the poetically named ‘silk handkerchiefs’ (it’s technically called fazzoletti) with walnut butter and confit egg yolk. Simple, but delicious: soft sheets swimming in a rich sauce, with little chunks of walnut for texture. At £8, it was also great value. Just as good was the plate of beef shin ravioli with saffron butter, sweet parsley oil and soft, flavourful meat. Sadly, things went downhill with the salty tomato, squid and olive bucatini (tubular spaghetti). The pasta, again, was flawless – but this dish needed less salt, more balance.

The restaurant itself is a little office-like (it looks like it used to be one), but no matter, you don’t come here for the looks. You come to Bancone to devour cheap, delicious pasta at the bar, and to people-watch those around you doing the same thing. Order those silk hankerchiefs.