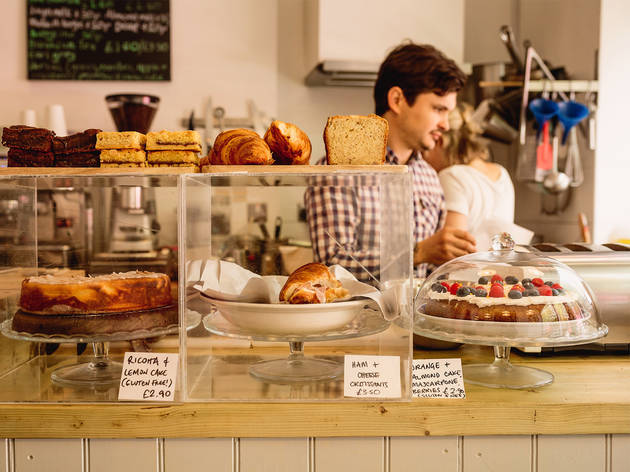 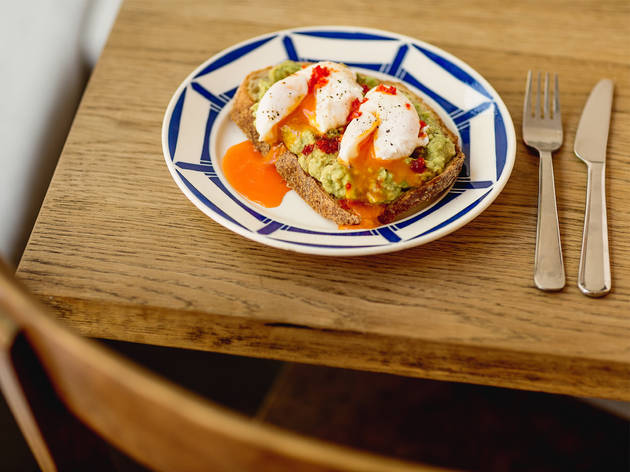 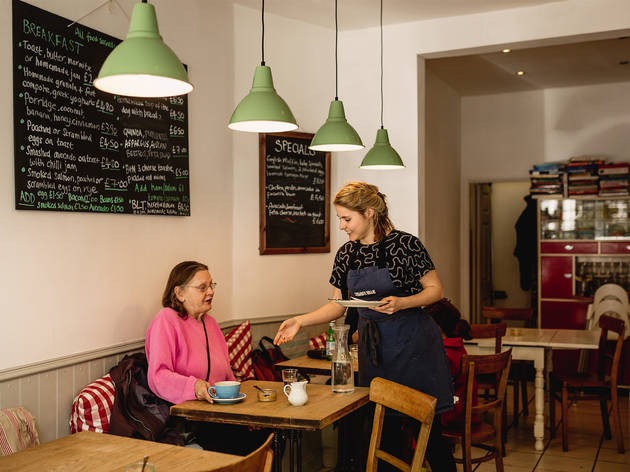 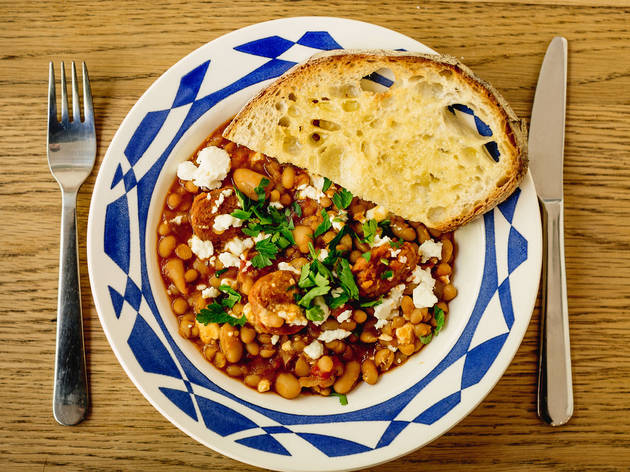 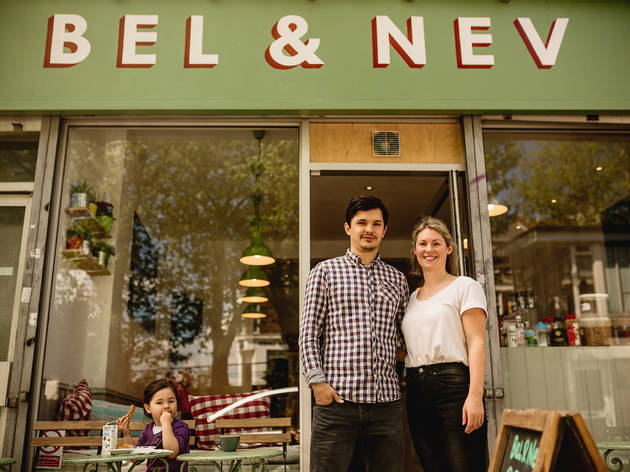 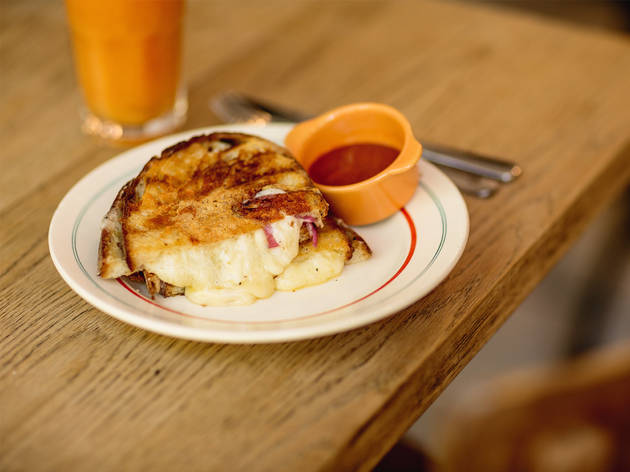 A child-friendly (and dog-friendly) Kensal Rise café with great food.

Appearances can be deceiving. Bel and Nev Dartora, co-owners of their eponymous Kensal Rise café, probably do not know personally every single customer who walks in their door. But after eating a leisurely brunch there on a sunny Saturday, I got the impression that they possibly do. Everyone seemed to know everyone else. Some customers got a welcome or farewell hug. It felt like an at-home drop-in.

Bel & Nev have been running their caff in Kensal Rise, around 30 seconds from the Overground station (if you’re walking slowly), since late 2014. They came here from cheffing at restaurants such as Polpo and Bocca di Lupo. They’ve settled in a small place in a non-central location with limited opening hours.

The capacity is around 15, with kitchen and serving area at the front of the room. The menu’s short and simple: breakfasts, sandwiches and simple dishes such as soups, salads and baked beans with chorizo. Very little costs over £7, and most breakfast dishes cost less than £5. Everything is made on the premises except bread and muffins from the Bread Factory (owner of the Gail’s Bakery chain).

Careful attention to detail showed in a toasted cheese sandwich, made with three different cheeses (Emmental, mozzarella and cheddar) given a spritz of acidity through the addition of pickled red onion (and own-made ketchup on the side). Indecently rich and cooked with precision, it costs just a fiver; some people would regard it as a decent-sized lunch portion for two.

The baked good are great too: a raspberry and white chocolate muffin was a technical masterpiece and tasted fantastic, as did a Bakewell slice of impeccable texture.

If I lived nearby, Bel & Nev would be my second home. Who knows, eventually I might even qualify for a hug.

Bel & Nev says
Bel & Nev is a family-friendly café in the heart of Kensal Rise serving great coffee and tasty, seasonal food and cakes. Everything is homemade in the tiny open kitchen in the café by trained chefs, husband and wife team, Bel & Nev.