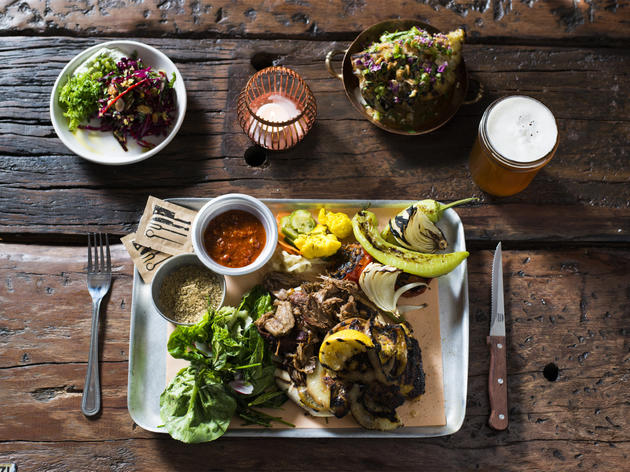 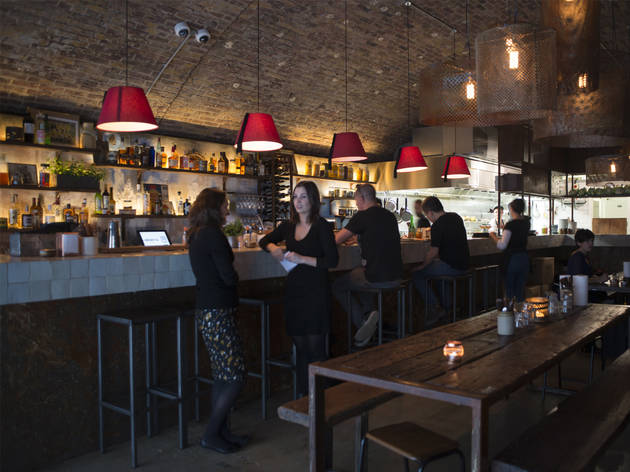 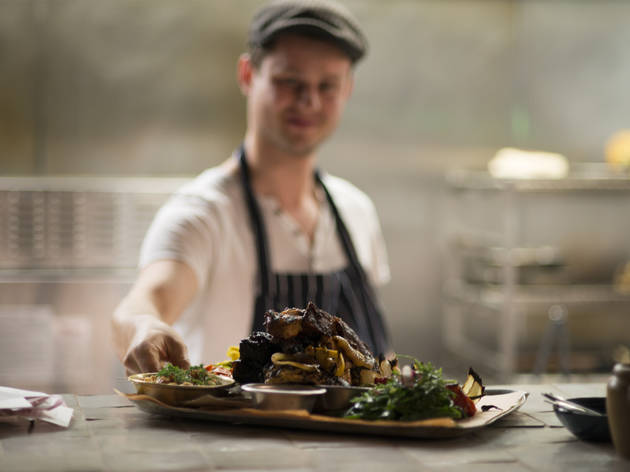 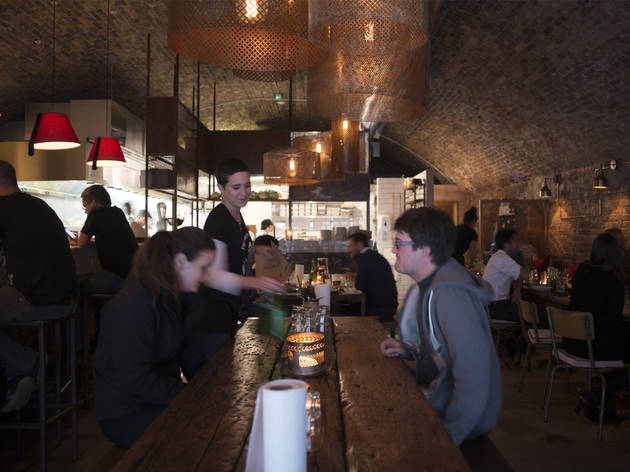 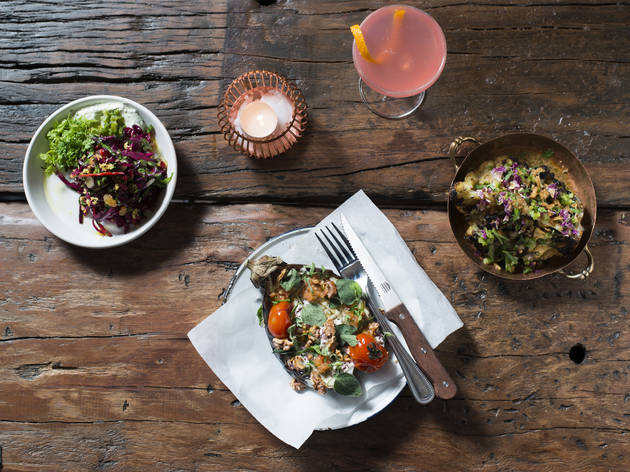 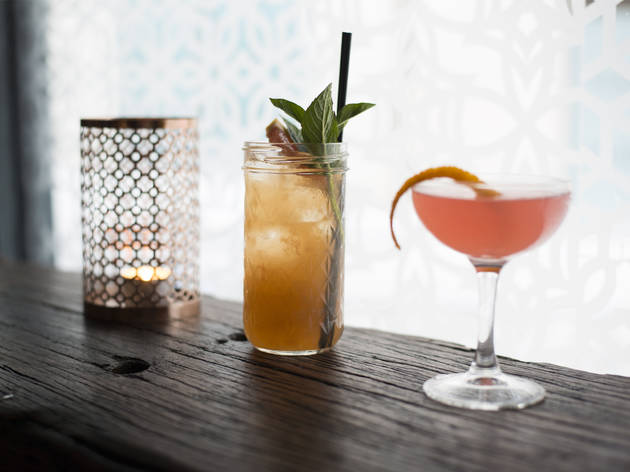 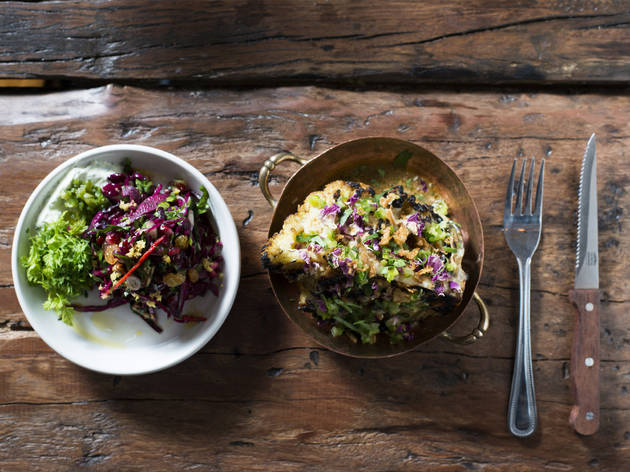 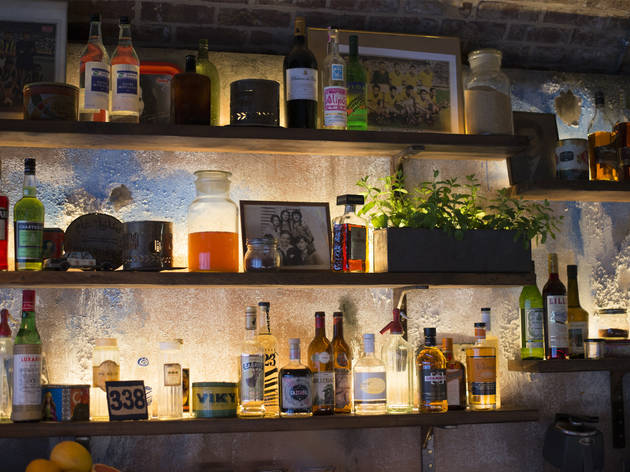 If Fred Flintstone opened a dinosaur steakhouse, he’d do it in Dalston. This north-east nexus already has more places to eat great hunks of meat than Bedrock, yet there always seems to be room for more. Perhaps it’s this safety in numbers, surrounded by London’s densest concentration of Turkish barbecue restaurants, that led chef Josh Katz to open a Middle Eastern grillhouse on the southern fringe of Dalston, where yet another pall of smoke is unlikely to attract attention. But that’s cool for Katz, because the cool factor and quality of Berber & Q still marks it out from the crowds.

B&Q’s tucked away in a cave-like railway arch in a back street. Dance music hits you on crossing the threshold. The vibe’s like a bar or nightclub, except that here the staff greet you like old friends and guide you to a low-lit table. Their uncontrived charm is sustained for your entire visit.

As at many of Haggerston’s other eateries, a Turkish mangal (charcoal grill) is central to the kitchen for searing meats and many veg. But Katz’s magic carpet has visited many places in search of inspiration. Joojeh, the Iranian dish of saffron- and lemon-marinated chicken, is served alongside shredded spit-roasted lamb, inspired by the Moroccan dish mechoui. That’s as close as the menu brushes to the simple rustic food  that typifies Berber cooking, before it then flirts with more sophisticated Lebanese, Egyptian, and Sephardic Jewish dishes. You could describe the kitchen as ‘Arabesque’, but Arabian it ain’t.

As at many barbecues, the pickles, sides and vegetables are more interesting than the meat. Chunks of beetroot are served on whipped feta and garnished with candied orange; grilled asparagus is served with toum, the Levantine version of aioli, then garnished with mustard seeds. Dill, coriander leaves and pomegranate arils are used as garnishes.

The music ramped up at 9.30pm to deep house, and – hell yeah – that drinks list beckons. If you don’t fancy a growler, or sucking down an Israeli or Moroccan lager, there’s a deeply unusual list of wines from Turkey, Morocco, even Georgia. We suggest sticking with the cocktails, which are well made for £8. By the time you’ve had a couple of these, you’ll be ready to yell ‘Yabba dabba doo!’.