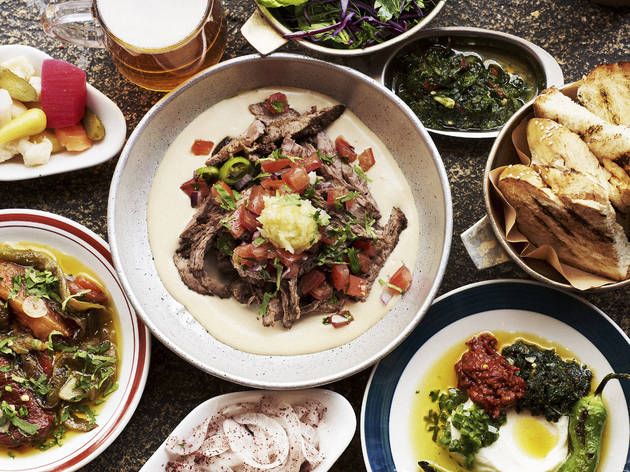 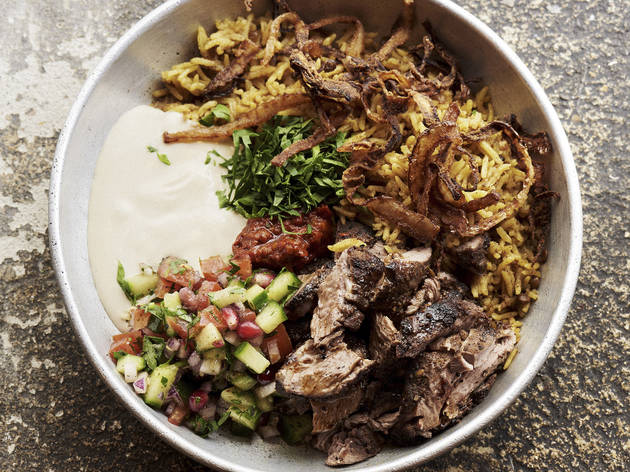 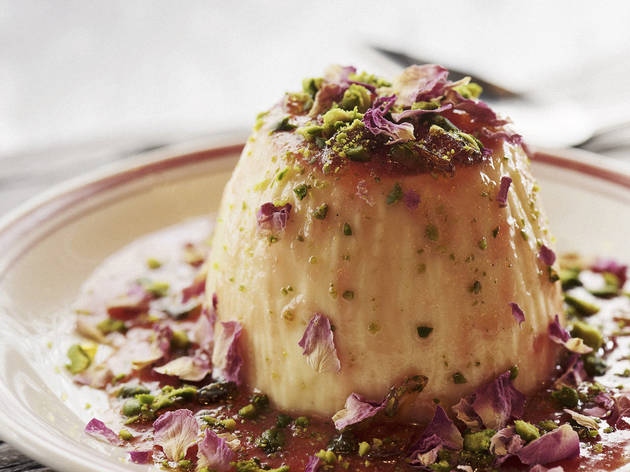 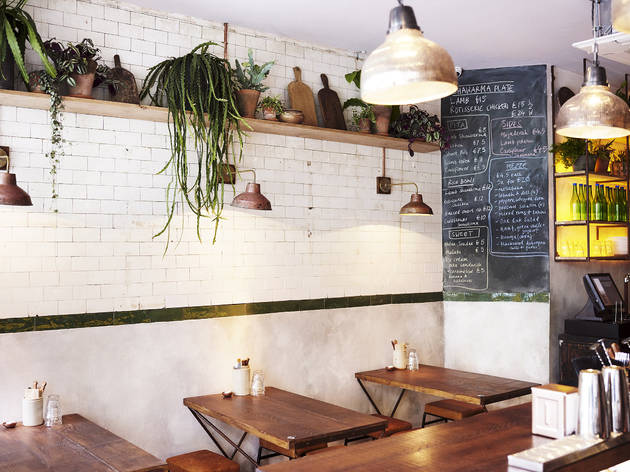 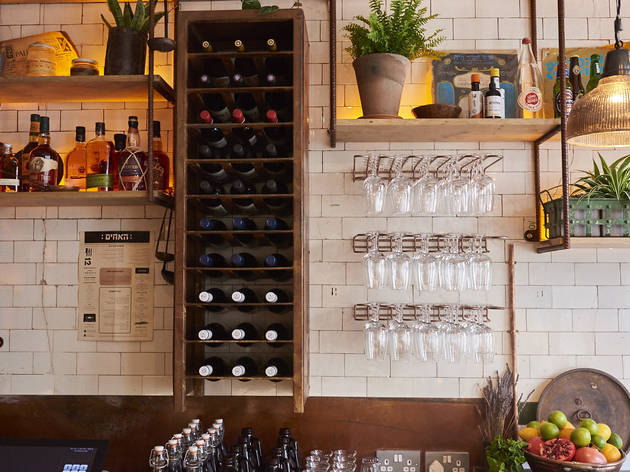 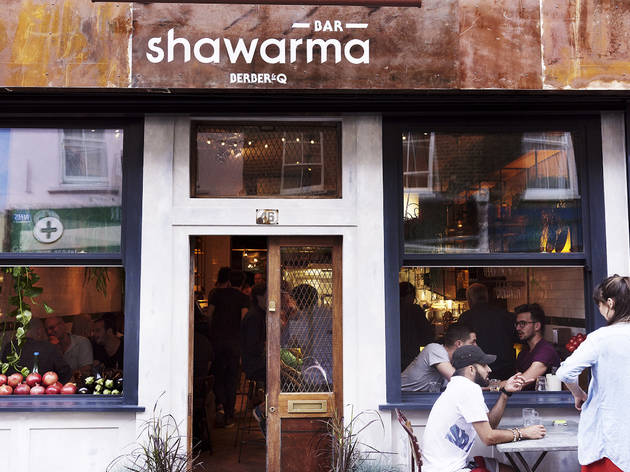 Expel thoughts of the elephant’s leg of mystery meat – thanks to chef Josh Katz and his Middle Eastern grillhouse Berber & Q, shawarma just got sexy. And because, for some people, Haggerston is a bit of a pilgrimage, they’ve done the decent thing and opened one smack bang in the middle of Exmouth Market. Replete with hanging greenery and exposed masonry, this pocket-sized shawarma bar is the kind of place you’ll want to bring friends for a boozy catch-up (my favourite cocktail name: The Dirty Sultan).

The menu is a scaled-down version of the one at the original, with a focus on spit-roasted meat – lamb, chicken or beef served in a rice bowl, on a sharing plate or in a pita. But rest easy, veggies: there’s also a cauli shawarma (nicely jewelled with juicy sultanas), and the mezze is entirely meat-free. Blackened aubergine had a double hit of chilli and anchovy, every drop of oil swept up with toasted challah bread. Moist mejaderah (a Levantine mix of rice and lentils), crackly fried onions, tangy lime pickle, a veiny pickled egg, fiery harissa and a generous dollop of tahina were all sublime, but didn’t upstage the butter-basted lamb. Beef brisket, though, lacked spice and was smoked to the point of brittleness. One gripe – for essentially a deconstructed pita, £14 for the rice bowl seemed a little steep, especially when the mezze (five for £22.50) is such a steal.

But with the desserts – vanilla soft-serve spiked with chunks of halva then doused in unsweetened caramel sauce, and a sensuously wobbly cardamom panna cotta, dotted with rose petals – all was forgiven. Do I regret not ordering the ice-cream pita sandwich I spied before leaving? Of course. Will I be back to this trendy little bolthole for round two? Absolutely.