The moment I walked into Bibi – through the heavy velvet curtain at its entrance – I felt like I’d accidentally stumbled into the dining car of a luxurious sleeper train making its way through India.

It’s a slinky alley-sized space, decorated in a warm colour palette of walnut woods, earthy reds and dusty pinks, and decked out with antique mirrors and lamps. It’s opulent without being too over-the-top, with a nod to art deco. My pal and I plonked ourselves on the bar in front of the open kitchen ​​where a multi-tiered sigree-style grill takes centre stage.

Chef-patron Chet Sharma was a physicist in a past life, but he’s since built up an impressive amount of restaurant experience at places like The Ledbury and Moor Hall and as the long-time development chef at JKS (Gymkhana, Trishna, Brigadiers). Now, he has a kitchen of his own for the first time.

It’s obvious that every detail here has been meticulously thought out. The name Bibi, which means ‘lady of the house’ in Urdu, is a tribute to Sharma’s grandmothers, who inspired his cooking. The Kashmiri fabric on the walls and bar stools is a nod to their shawls. And the food is influenced by his travels around India.

I had no idea where to start when it came to ordering, luckily Sharma was on hand to navigate me through the menu. Whipping out a Sharpie pen, he started marking chaat, sigree and sides on the card, explaining in great detail what each dish was and where the ingredients were sourced from, as if excitedly reciting the correct answers for an all-important exam.

First up, snacks: Quavers. Yes, Quavers. A Wookey Hole cheese crisp with a delectable layered papad green sauce. Then there were the kurkure fritters – deep-fried sweetcorn clusters dusted liberally with a tangy house-blend spice mix. Each kernel exploded with freshness and sweetness in my mouth. These are Sharma’s take on the popular Indian snack with the same name and are rightfully dubbed Indian NikNaks. Whatever else you order here, start the meal as if you’re down a supermarket crisp aisle.

Next, the bhel granita, a clever dish of spicy puffed rice topped with a dollop of pear-and-cumin-flavoured ice that melts and coats each grain. The result? A heating-cooling yin-yang balance. The okra swimming in a luxurious golden peanut-and-sesame sauce and the signature Lahori chicken in a decadent cashew-and-yogurt-whey sauce were both given the sigree barbecue char treatment and were a perfectly tender, smoky joy. It would have been a crime for me not to order a bowl of buttery joha rice and rumali roti (a thin flatbread) to mop up the saucy remains.

The only slight dud was the ex-dairy goat chapli kebab, which, apparently, a lot of people have compared to a smash burger. Texturally, it was wonderful – with a crispy, herby crust of coriander, garam masala, cumin seeds and a whole host of other spices – but it was a touch on the dry side and perhaps smashed too thin.

As for the drinks, the Calamansi Gola cocktail (a light and refreshing margarita-style drink) was the ideal antidote to the fiery bhel, and a Rose Spritz (a mixture of vodka, Nepalese cherry-blossom tea and fermented rose petals) was a much-needed palate cleanser for what was to come next: a set of kulfi desserts shaped like cute mini Magnums. These were a playful ode to God-tier ice lollies and a light end to a delightful meal. The malai kesar featured cardamom, saffron, pistachios and even a crackable chocolate shell. The inside had an intensely creamy and silky texture. As for the Solero-style preserved kesar mango flavour, I was looking for an intense mango hit but the flavours felt subdued.

Overall, some things at Bibi needed fine-tuning, but there were outstanding dishes. Sharma is having fun cooking what he wants to cook and it shows, but there’s a sense he’s missing a clear vision of what the restaurant is supposed to be. He’s a great chef and I think he needs some time to find his identity, like all chefs do. I’m excited to see where he goes on his journey. As for the price? Look, we’re in Mayfair, so these are Mayfair prices. The bill came to roughly ​​£160 for two with drinks. If you’re up for a splurge meal to remember, then all aboard the flavour train. Next stop: a one-way ticket to Lahori chicken-ville.

The vibe A beautiful dining space that resembles a luxurious train dining cart with plenty of Indian heritage woven in.

The food Don’t expect vindaloos and bhajis. Instead prepare for an exploration of traditional fine-dining Indian cooking. Come for the Lahori chicken served with a cashew-and-yoghurt-whey sauce.

The drink A selection of chai and inventive cocktails such as the Rose Spritz with gin and gujarat rose kombucha.

Time Out tip Sit at the bar and watch the kitchen buzz. Unsure what to order? Let the chefs take charge and pick dishes for you. 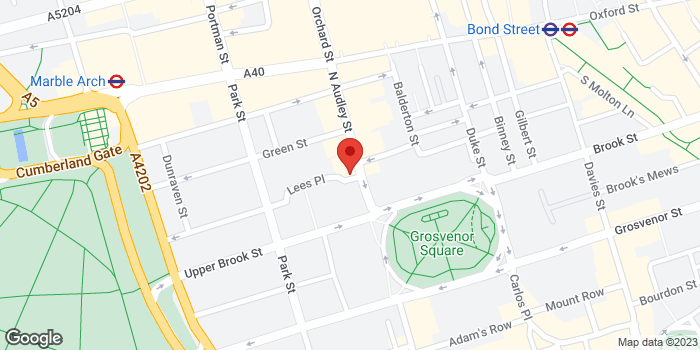