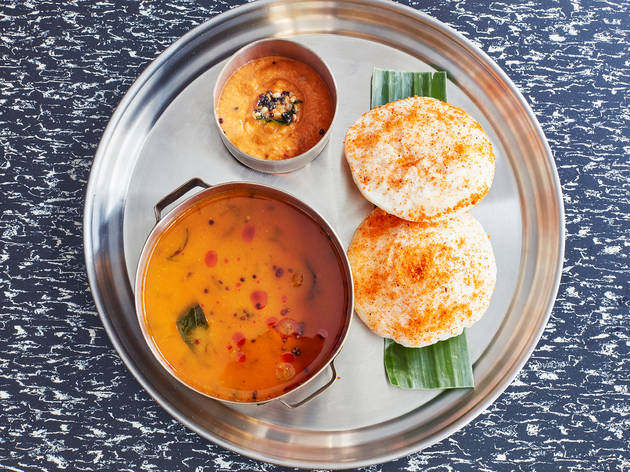 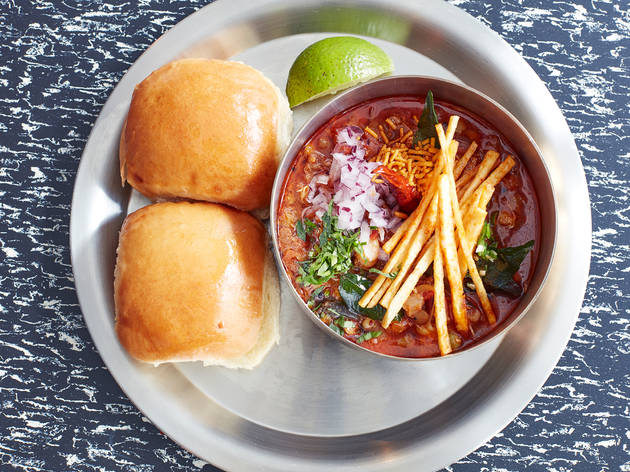 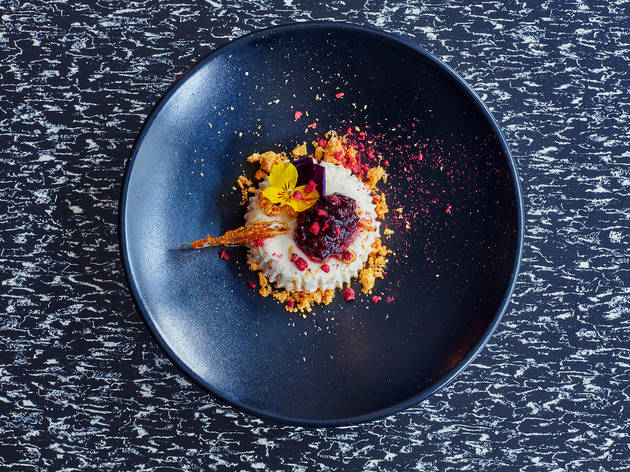 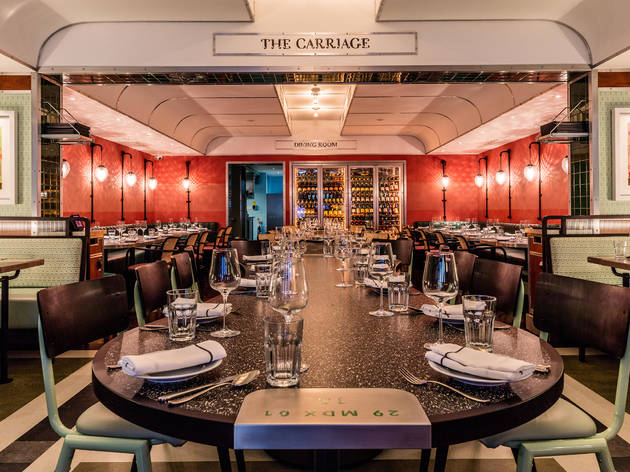 Please note, Rohit Ghai, who was head chef at the time of writing, is no longer at Bombay Bustle. Time Out Food editors, November 2018.

It was love at first smell. I walked into Bombay Bustle, a casual Indian from the people behind the swanky Jamavar, and – boom! – it hit me. Fragrant spices and a whiff of smoke. Then there was the noise: lively chatter, even though it was early on a Tuesday night. And the lighting: flatteringly low, with flickering oil lamps on every table. Finally, the roof, which was a little like the arch of a giant caravan. Tabletops had Jackson Pollock-esque squiggles, chairs were wood and wicker, the dark floorboards laid out in a herringbone pattern. It’s straight from the book of Colonial Interiors But with a Fashionable Twist. And quite lovely.

As for the food, I would normally just tell you about one or two killer dishes, but that’s hard to do when so much of it was so great. My favourite was probably the goat keema, a dense, fiery mix of hand-chopped chunks of kid meat. It came served the way they do in Mumbai’s Irani cafés, with soft white buns on the side (halved, toasted and buttered, naturally). Plus some finely minced red onion for extra oomph. Or the ‘recheado’ fish tikka, a succulent piece of stone bass served fresh from the tandoor, having first been slathered in a fragrant Goan-style marinade (they make it by blending dry-roasted, coconut-vinegar-soaked spices with a heap of crispy fried onions). On top, it comes with a small pile of golden ‘salli’ potato sticks, for a final bit of crunch.

Or rich, dark, mellow dahl (cooked overnight), where you could really taste the butter. Or a moist biryani with huge chunks of lamb. Or a heap of juicy prawns with slightly sweet caramelised edges in a thick, warmly spiced tomato and onion base, plus curry leaves for extra pep. See what I mean? Bit of a long list.

There was, however, one horror show: a veggie dish of paneer chunks in a sickly orange sauce, reminiscent of a high street curry house tikka masala (this is not a compliment: shame on you if you order it), but even sweeter. Steer well clear.

But that paneer aside, Bombay Bustle was easy to like. It’s not ‘cheap cheap’, but it’s a darn sight more affordable than any of the other stylish Indian restaurants in Mayfair (and at lunch they also do tiffin box sets with bread and rice for £16 or £19). It’s also more vibrant and fun. Plus, it smells great. Which in my book counts for a lot.