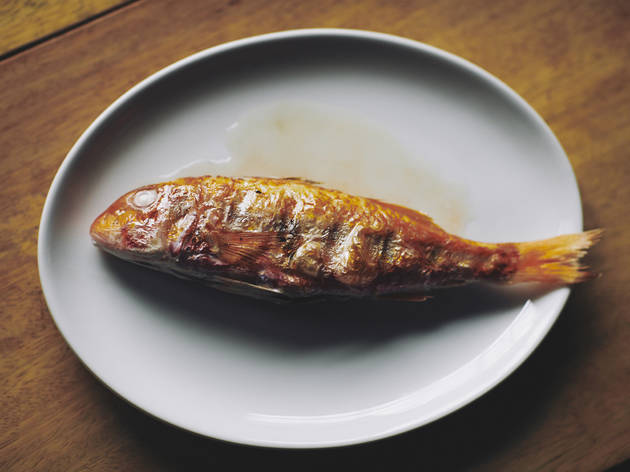 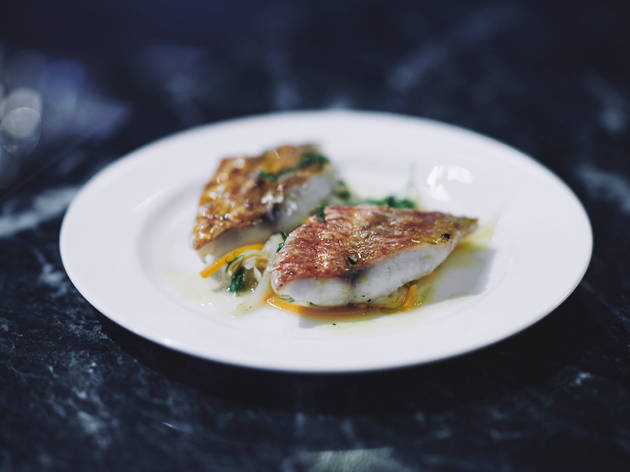 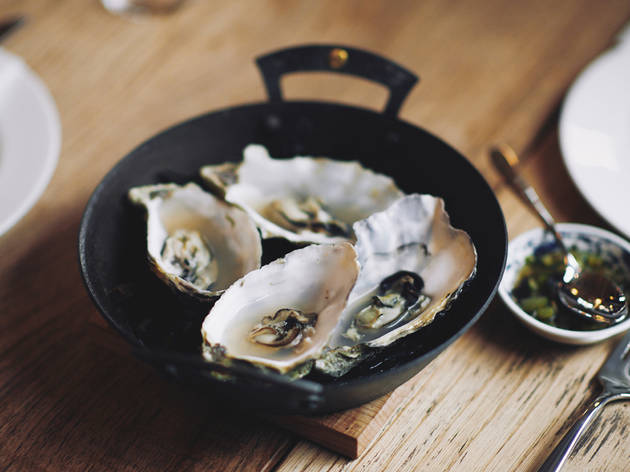 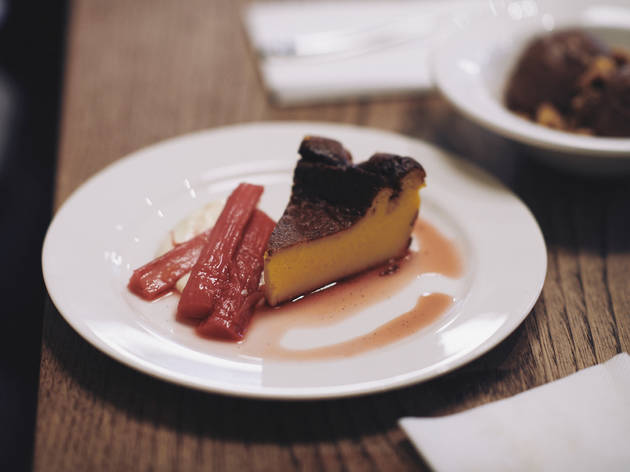 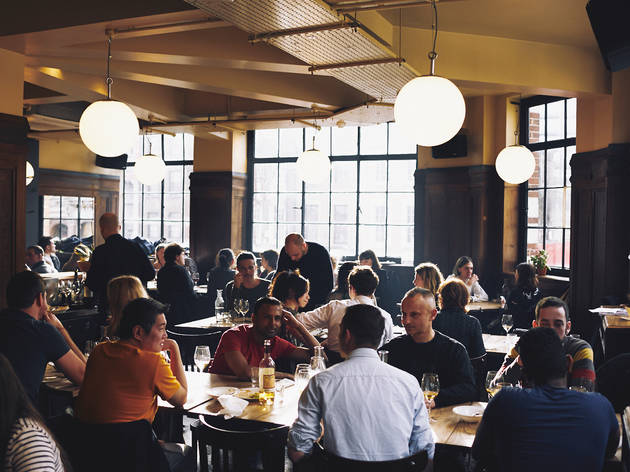 If I had to list all the things I loved about Brat, I’d be here for ages. The first solo venture from Tomos Parry – best chef of the 2014 Young British Foodies, late of Kitty Fisher’s – has a speakeasy-style entrance: just a nameplate by the door. A set of pokey steps go up to a room above a former pub (a space now home to Smoking Goat). There are glorious original features: wood panelling, arched windows, parquet floors. You feel like you’re right in the kitchen, with nothing to separate you from chefs bustling around a large island. There are rows of convivial, almost-communal tables and a no-frills menu of meat and fish from a wood-fired oven, propped up by modern Brit small plates. In short: a handsome, buzzy, chop house.

But though it pains me to say it – because I wanted to love the food too – several things I ate flew too close to the sun; an excess of salt or oil spoiling an otherwise charming dish.

The best thing was a subtle soused red mullet. Two shimmering fillets and floppy matchsticks of pickled summer veg sat in a herb-flecked puddle of delicate vinegar (and oil, but not too much of it). Also beautiful: charred whole peas (they’d sensibly left the salt to the side). Parry still does a nice line in ‘things on toast’, but while cod roe was fat and silky, the sourdough slivers underneath oozed with oil. Shorthorn beef had been expertly cooked, but its accompanying jus went beyond intense, into overseasoned. It went on: ‘smoked’ roasted potatoes with no smoke but too much oil, fragrant tomatoes with too much salt. I wanted to cry.

Brat is almost brilliant. Service is smart and switched-on. It just needs a lighter touch in the kitchen.