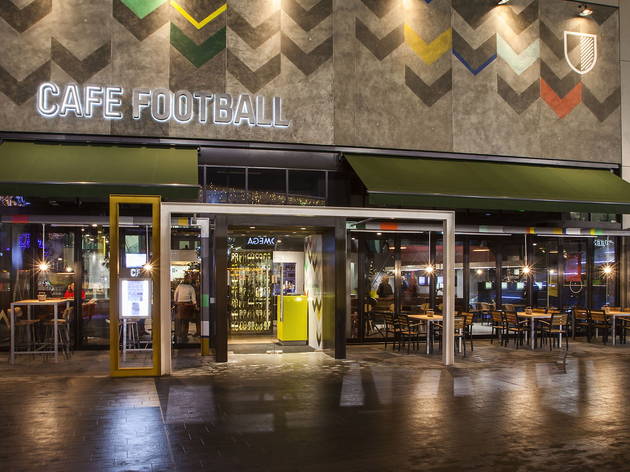 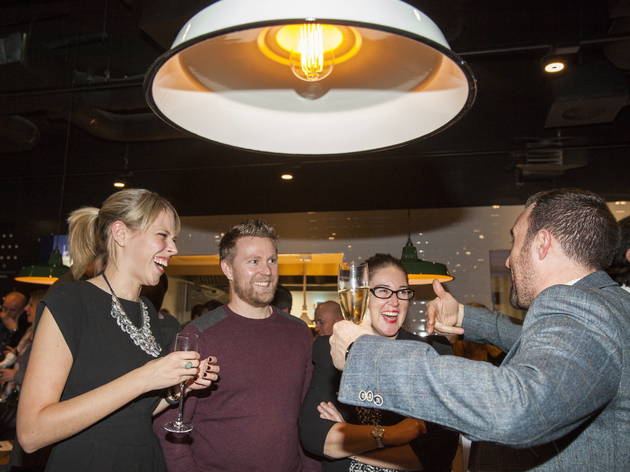 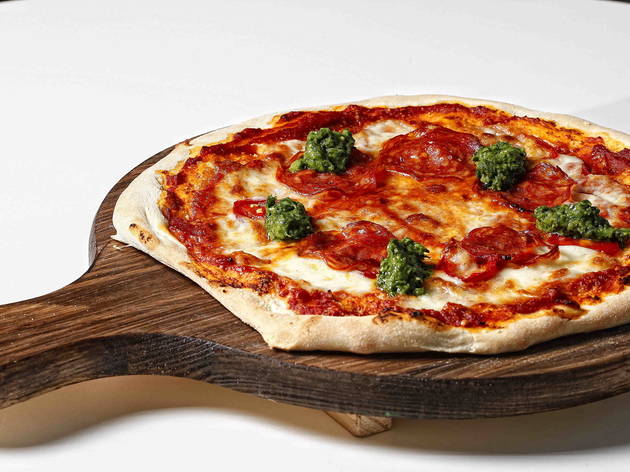 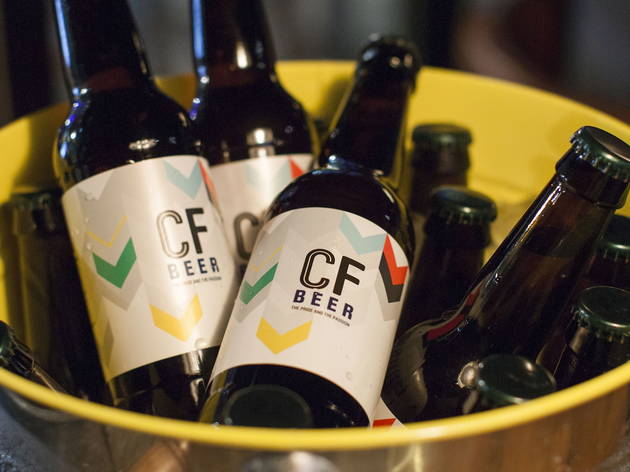 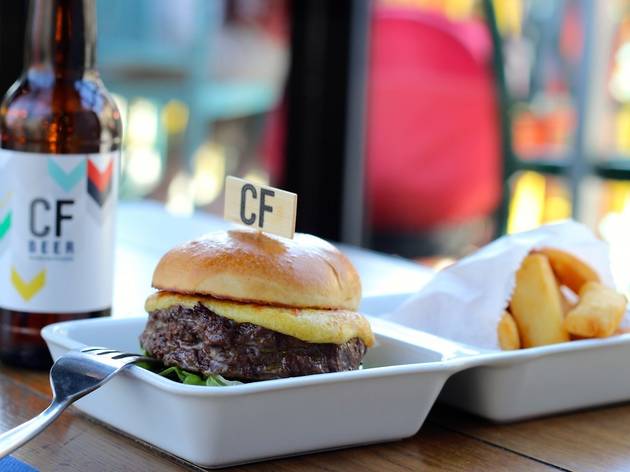 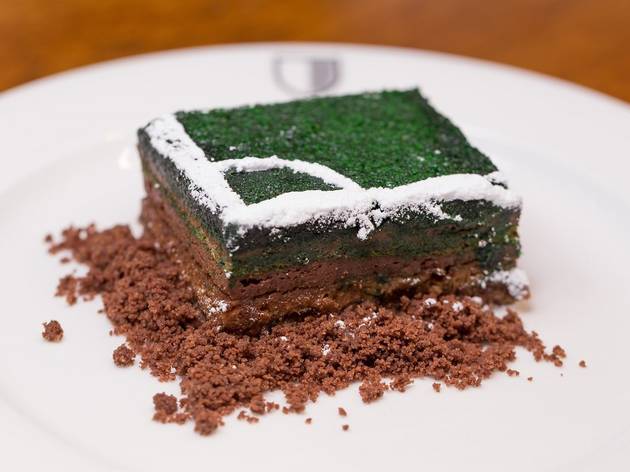 At Café Football, they serve a bracing chilli-vodka and apple cocktail called the Fever Pitch. It’s appropriate because Nick Hornby’s 1992 study of football, masculinity and identity politics is often cited as the moment the game turned middle class. Café Football feels like the latest chapter in that story, marking the point where the gentrification of the beautiful game and the foodie-fication of Britain collide with the thunderously unapologetic wallop of a Roy Keane reducer.

Backed by Fergie fledglings Gary Neville and Ryan Giggs, Café Football offers postmodern pub dishes with the help of chef Michael Wignall, whose day job is running a fine dining restaurant in Surrey. The self-consciously tweaked variations on heartily traditional fare – the chicken is  ‘in a basket’ (their quote marks) – is surrounded by football kitsch ranging from racks of boots to menus in the shape of team formations.

These days, deep pockets are required of anyone  (middle-class or otherwise) planning to seriously follow the people’s game. Café Football isn’t cheap either: you won’t get much change out of £100 for a meal for two.

Some gambits were successful. The Boss burger, an almost gratuitously laddish medley of brioche bun, beef pattie and chilli-infused pulled pork, was as vigorous and insistent as a half-time bollocking from Sir Alex; and the chips, cut so chunkily that they resembled fish fingers, were supreme.

A set meal called the KP’s King’s Road Platter (named, confusingly, after a cricketer) was a starter of salt and pepper squid with a lemon and chilli sorbet, followed by a beef kebabs  with no accompaniments; but then the  advertised crème brûlée simply failed to materialise.

Pleasing surprises among the desserts included the pistachio-garnished Chocolate Turf, and Wignall’s Half Time Orange – a cleansing orb of citrus parfait, orange jelly and butterscotch sauce. There are also football-themed cocktails, a decent wine list and a respectable selection of beers.

Café Football is aiming at a very particular niche, and there's a risk that it might prove too gimmicky for the foodies, but too rarefied for the terraces. With a World Cup just around the corner though, it could be an idea whose time has come.