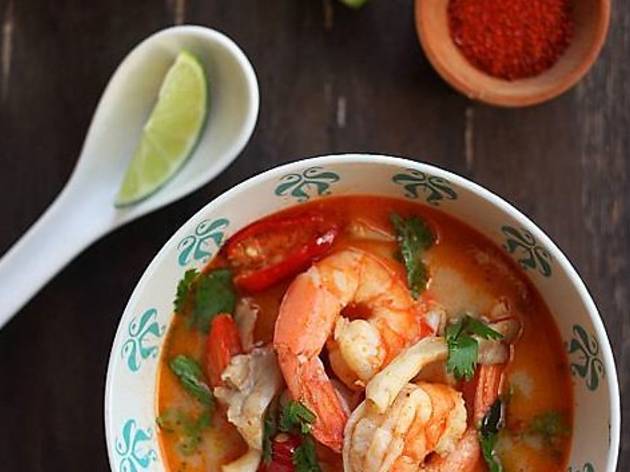 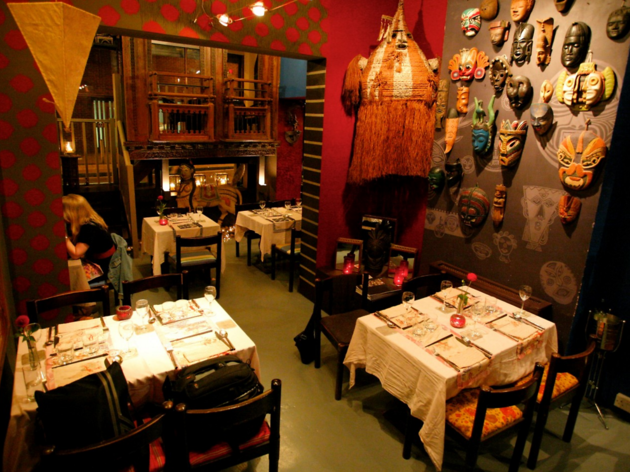 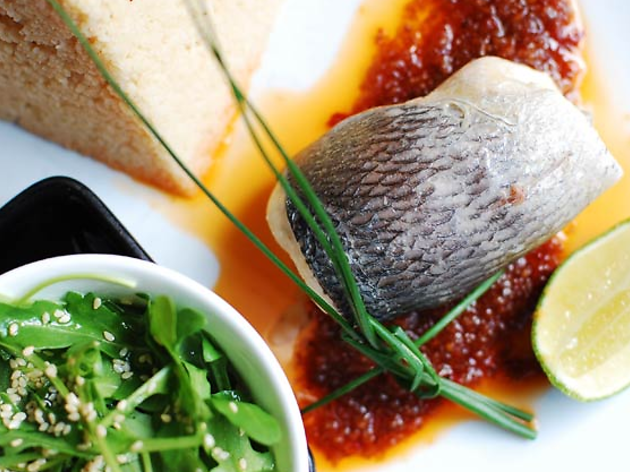 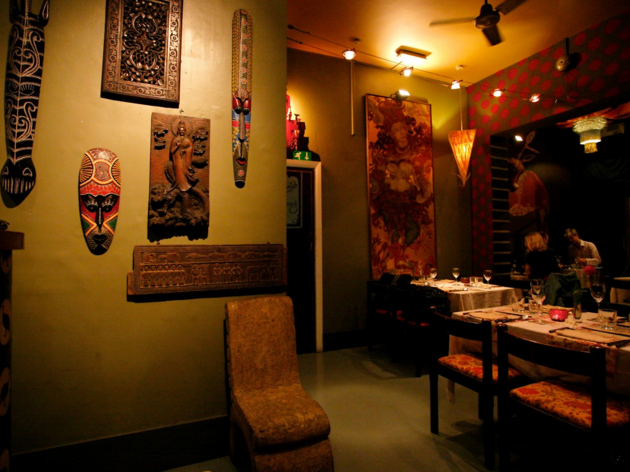 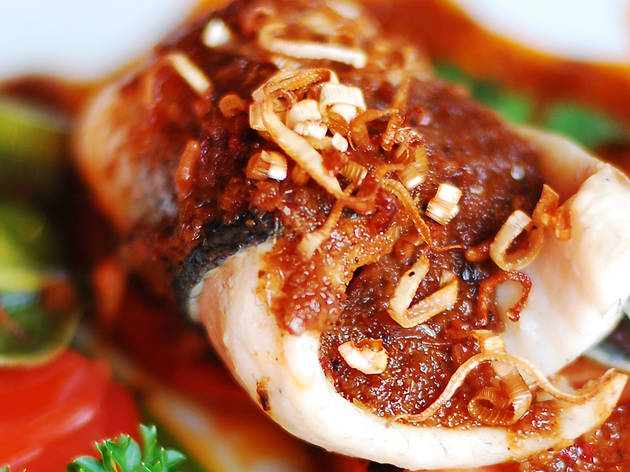 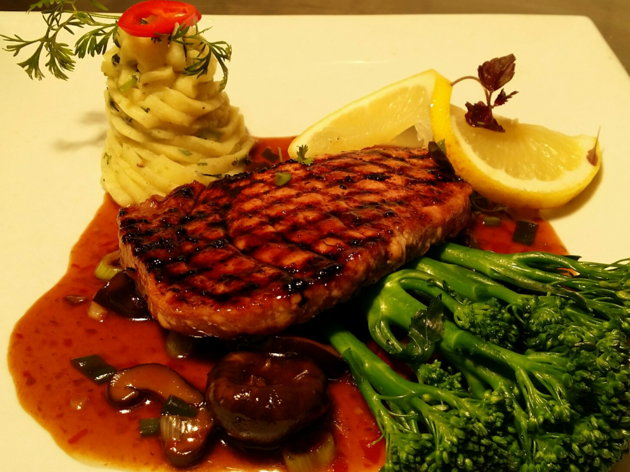 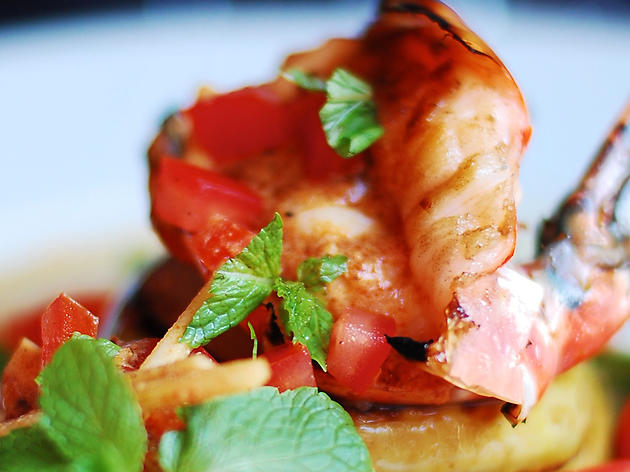 Champor-Champor has been on Time Out’s radar long before this stretch of the South Bank became trendy. With the Shard springing up nearby, it’s no longer off the beaten path, yet still feels like a hidden find. In Malay, ‘champor-champor’ means ‘mix and match’, and it’s a fitting name for both the interior and the menu. The walls are painted in vibrant shades and hung with colourful masks, and there’s carved teak galore, plus winking candles and acres of Thai silk. The place exudes a yogic calm.

The cooking is described as ‘Thai-Malay’, but influences reach beyond this south-east Asian peninsula, unashamedly fusing East and West with the likes of gruyère cheese and lime with river prawns, served with wasabi-spiked potato salad. What could end up being a backpackerish mash-up is sophisticated and creative. Fish dishes are well rendered, as in a main course of Malaysian-style red snapper; the fillets halved and served atop twin pools of kicking-hot sambal sauce.

Vegetarians needn’t go hungry; a vegan starter of green papaya som tam with tofu, cashew nuts and star fruit was suitably spicy (though not great value at £6.95). Desserts – steamed taro and black rice pudding, say, or chocolate-chilli cheesecake – are more than an afterthought.

We offer a unique Asian dining experience. Located between London Bridge and Tower Bridge, on the South Bank of the River Thames, two minutes’ walk from The Shard and London Bridge tube. The Thai-Malay cuisine draws in regulars, locals and new visitors to the area.

Champor-Champor is a Malay expression which may loosely be translated as 'mix and match'. We use both Thai and Malaysian influences within our dishes and this concept runs through the funky decor, the cuisine, the global wine list and the music here. This is not a restaurant for purists but the mix of Thai and Malay cuisine at moderate prices makes it a great Asian restaurant in London. Some of the signature dishes include the Beef rendang and sizzling beef sirloin steak.

We also have different options, to cater to vegans, vegetarians, coeliac etc. as well as pre-ordered halal options.

Pop in for a quick bite at lunch, we're perfect for those working nearby.

Recently voted as one of the top 50 in this year’s Bookatable restaurant awards for the category of Top 50 Best Restaurants in London.