He’s the stellar chef behind West End hotspot Chiltern Firehouse. He helped drive east London’s ascent to world-class culinary destination with his groundbreaking Bethnal Green restaurant Viajante (soon to reopen in Wapping). He tapped into his roots with Portuguese eatery Taberna Do Mercado, which opened in Spitalfields earlier this year. He’s also got a lovely beard and the twinkliest eyes in the business. He’s globe-trotting gourmand Nuno Mendes and he’s here to tell me – over a traditional Portuguese biafana sandwich – about his year in food.

What’s the best meal you’ve eaten this year?
‘One of my old chefs, Sebastian, left the Firehouse to open Mission on Paradise Row in Bethnal Green. I had an amazing meal there. And it was affordable. It’s easy to be casual, but then to also deliver at all levels… Those subtleties. The little touches. It’s a very complete experience.’

And the worst…
‘Frozen peas at my friend’s house.’

How would you describe ‘the Nuno Mendes experience’?
‘Ha! Tasty! And I want it to be informal. Look, if you enjoy success and your restaurant’s full, you must never lose sight of the fact there are tens of thousands of restaurants in London, and someone’s taking the time to come to yours. I think it’s a really important thing to have a sense of gratitude towards your guests.’

All of them? Even the ones who are constantly on their phones?
‘It’s not possible to say to someone: “You can’t use your phone.” People take pictures of your food and, hey: it is what it is. It could be someone slating you, or praising you. It’s positive. It’s spreading the word. Just chill the fuck out!’ 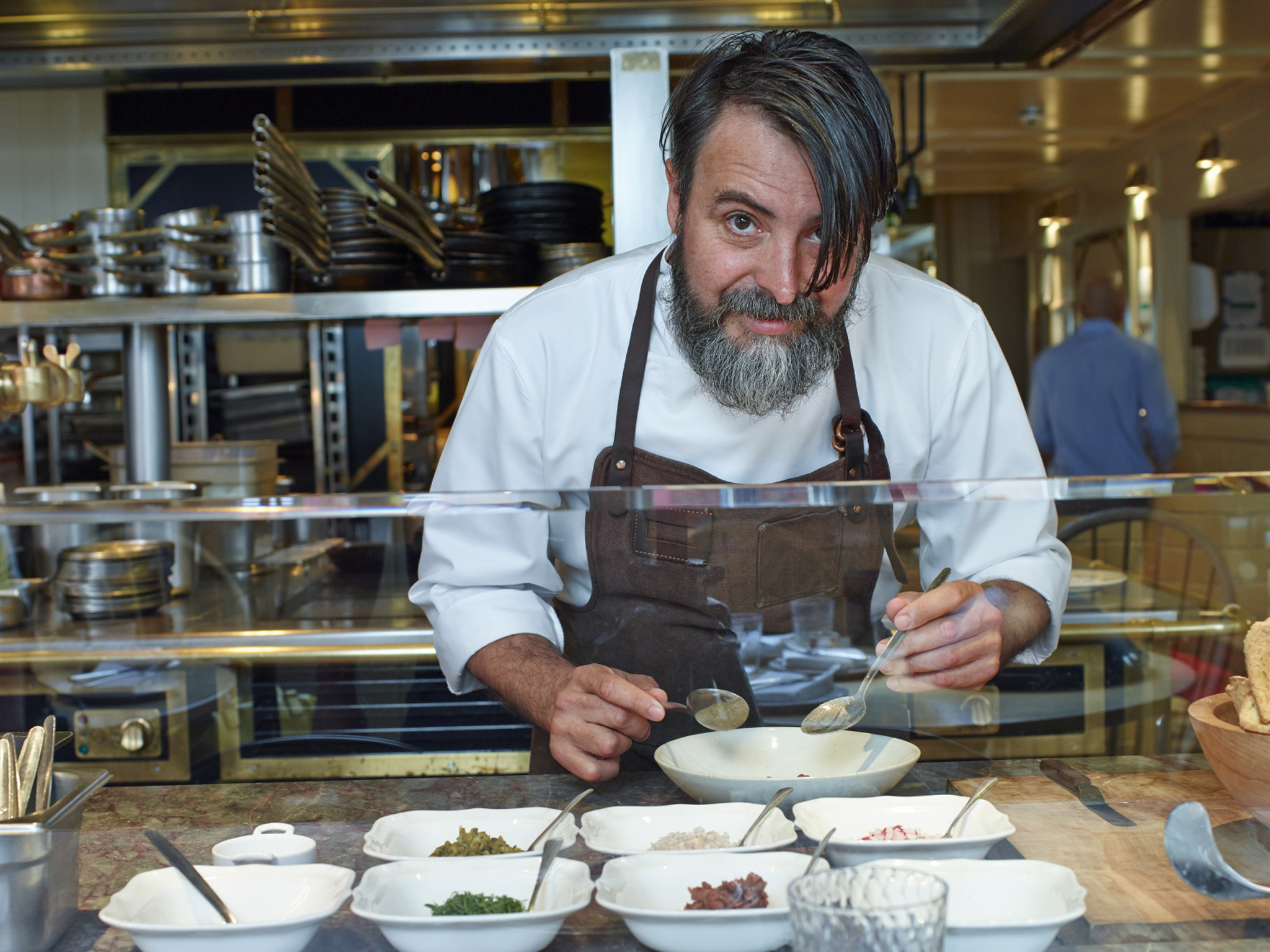 What about critics? Do you think they could be a bit more positive?
‘Opening a business takes a lot of hours, stamina and financial backing. I feel for people who are hurt in the beginning by critics. If, as a reviewer, you feel like the restaurant’s a failure you have to be careful, because you could really push someone over the edge. That’s scary.’

Do you think Michelin stars matter any more?
‘I could sit here and tell you I don’t give a shit about Michelin – but of course I do. We all do. But looking at how Michelin awards stars, I worry that they’re slightly out of step with the public appetite.’

Which is what?
‘People respect your concept. You’re hungry, so you get some food. No! It’s a lot more than that. The dining public is discerning and excited and knowledgable enough that it’s a pleasure for us to cook for them.’

Do you think chefs have become softer this year?
‘I think we’re all horrible bastards, all of us! No, I think so much has changed for chefs in the last few years. It’s incredible how much we’ve moved forward. We have teenagers who want to be chefs, and it’s not because they failed at everything else! Cooking’s also changed with the way that restaurants are laid out. As a diner I want my kitchens to be open because I want the gratification of seeing my food progressing. As a chef it’s such a pleasure to see someone eating your food. In the past you’d be working in a very hot basement, and it’s a lot harder to be nice in an environment like that.’

But also a lot easier to hit your junior chefs with a saucepan without anyone knowing…
‘There are still some chefs who do that! Even in London. We should condemn it, no matter how creative the chef is or how talented they are.’

Do you think that you’ve been a big influence on London’s restaurant scene?
‘What I feel has changed – and maybe I’m part of this – is that, at the time I moved to London the expense of having your own restaurant was outrageous. East London grew as a result of that, because chefs felt like they could express themselves. And they could afford the rent.’

So, how does it make you feel that there’s now a massive Pret at the top of Brick Lane?
‘That makes me sad. Very sad. Take this bifana (I just touched it, but it’s okay, I washed my hands), which is a dish I love. I serve them here because you can take as much pride in a sandwich as a Michelin-star plate. As chefs we just want to go as crazy as possible. But then why not do that on a sandwich? On a pizza base? On a bao? There are so many talented people, and if they had a chance to go out and make their own sandwiches they’d be a lot more interesting than Pret’s.’

Where in east London is still on the up?
‘Lower Clapton. Every time I go there it’s like: “Fuck, something new!” Go to P Franco, this cool little wine bar on Lower Clapton Road opened by the guys behind Noble Wine on Broadway Market.’

There are a lot of trendy places you just can’t get into any more. What do you think about restaurants that don’t take bookings?
‘It’s nice to queue a little bit for a restaurant. But I don’t have the time to queue – I just don’t. If I’m sitting outside in the street with an umbrella, I’m like: “Fuck, I just want a bowl of noodles.”’ 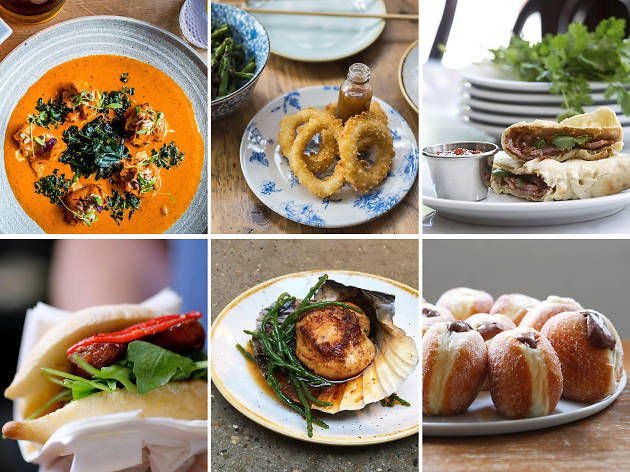 Here it is, a countdown of the capital's most coveted plates. No more need to agonise over the menu; dive straight in as we reveal dishes to die for at London's best restaurants and street food markets stalls. The 100 best dishes 2015 picks out sophisticated signature dishes, indulgent desserts and sweet treats, finger-licking street food and restorative plates of breakfast food. Our list also celebrates 2015 food trends – from bao buns to butter chicken. Tuck in.