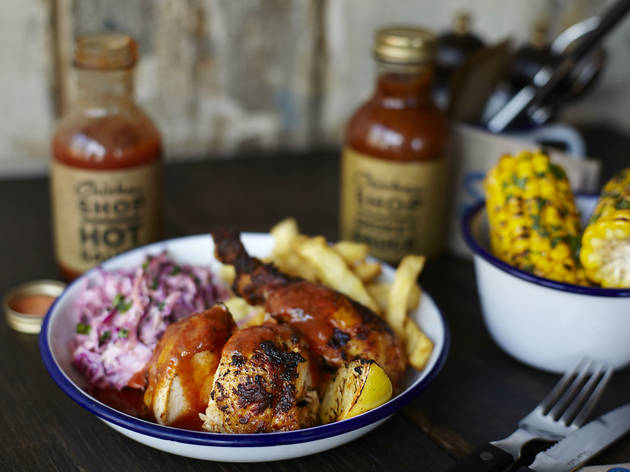 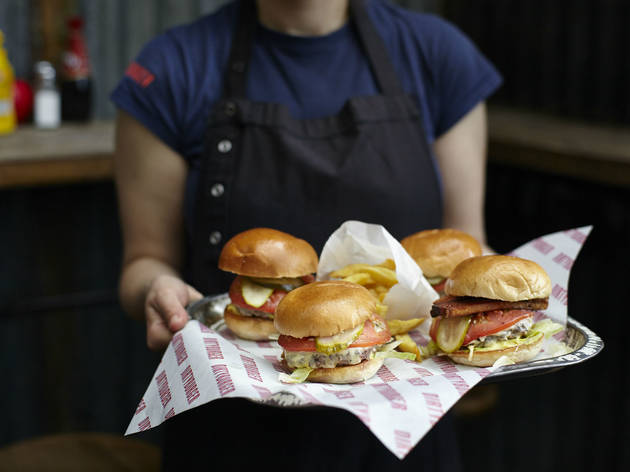 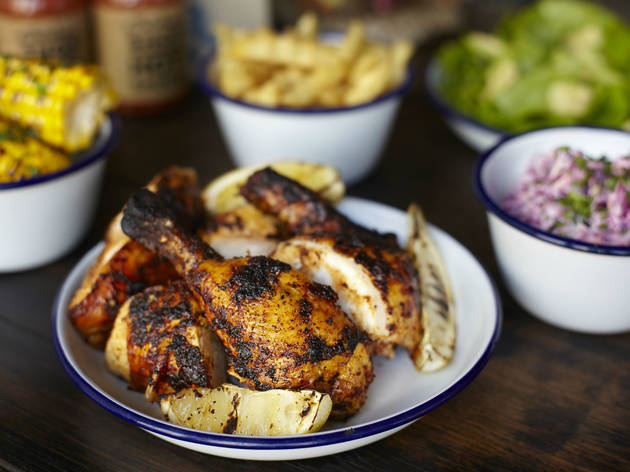 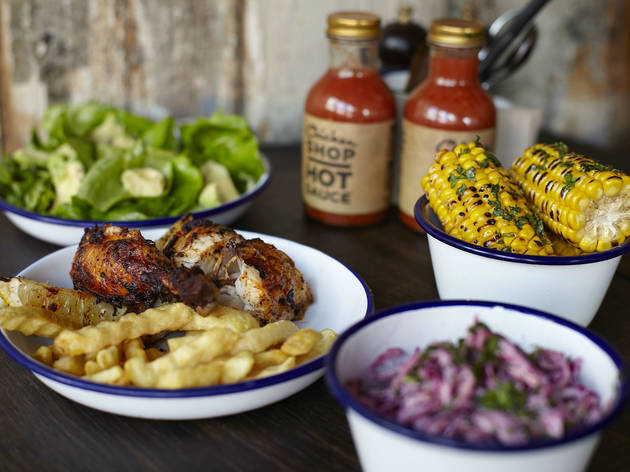 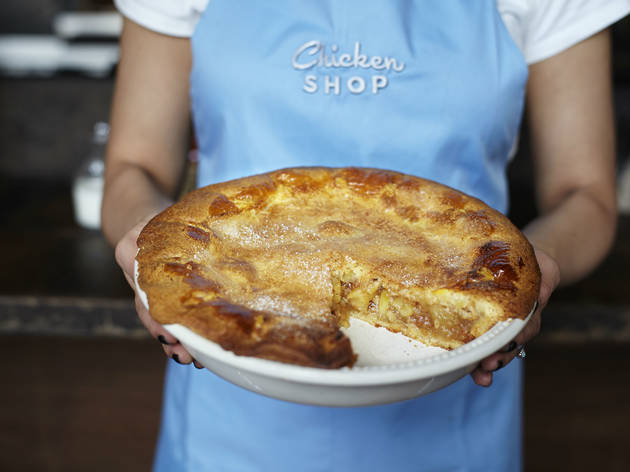 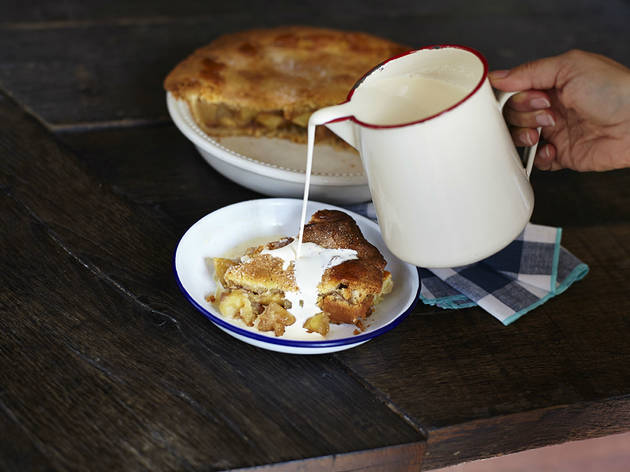 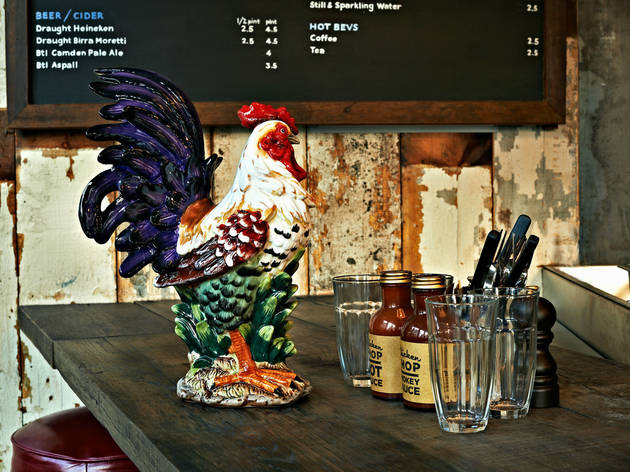 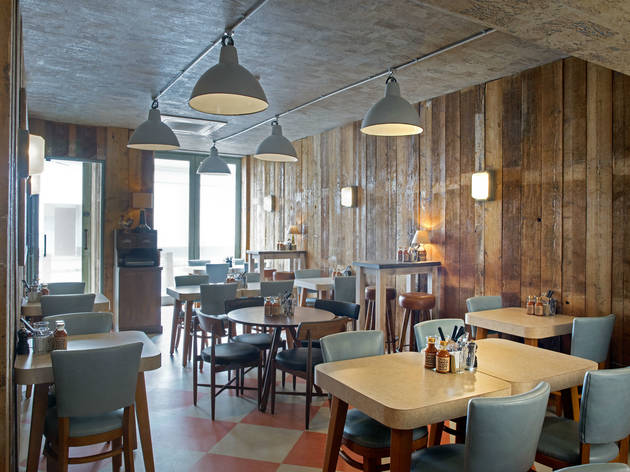 Do you feel like chicken tonight? Or maybe just a really dirty burger. Then you’re in luck. Because as of January 2016, this restaurant does both. That’s right, what first launched as a branch of Chicken Shop has gone the way of many a chart-topping artist and become Chicken Shop feat. Dirty Burger. A giant zig (no zag) appeared on the sign outside, the DB branding was added, and suddenly it was a hangout with a split personality.

If that sounds confusing, it really isn’t. The menu is as simple as it gets: just spit-roast-chicken or flame-grilled burger (cheese, bacon or veggie), plus chips. The chook, with its paprika marinade and tender meat, is decent, but it’s the Dirty Bacon (burger) that steals the show: a juicy, flame-grilled patty with a nicely pink middle, a soft bun, melted cheddar, thick-cut sweet-and-smoky bacon, plus tomato, lettuce and gherkins. It’s proof that a simple, single dish, when done exceptionally well, can make a meal. I only wish they served shoestring, rather than crinkle-cut fries (as in, McDonalds rather than McCain’s), but that’s possibly just me. But the crunchy, tangy slaw is excellent, as is a warm, chewy, macadamia-nut-studded brownie for afters.

The site, which has always been a bit awkward, looks as good as it has in years, with wooden boards on the walls (think giant sauna), retro wipe-clean tables and oversized warehouse lights. For real theatre, sit up at the grill bar, where you can watch the cleaver man hacking the cooked chooks into chunks. Just beware, if you’re wearing a pale shirt: those paprika-splatters travel (but come out in the wash).

Go any night of the week, but especially on a Friday or Saturday, when there’s a party atmosphere and you can have all the fun of dinner in Soho, but with none of the faff getting home.